Clark Renney looks at how the Labour Party can move forward and consign the 'Yesterday's Men' of the extremes to history... 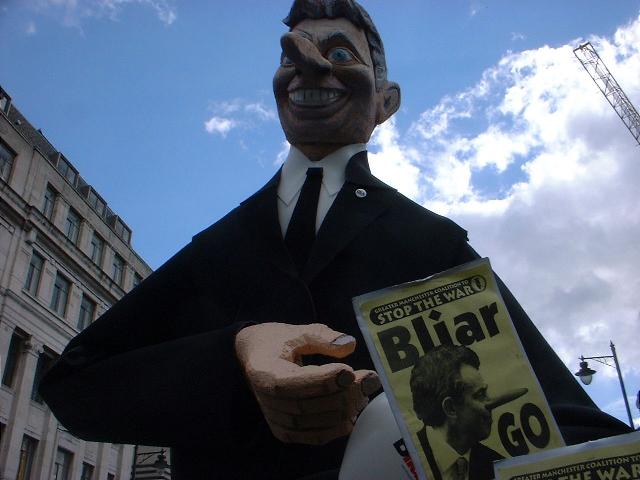 Photo free to use

In 1994 Tony Blair had taken the reins of a party which had lost four successive General Elections.That party had spent much of the previous fifteen years beset by internal conflicts over ideological differences, apparently oblivious to a simple truth drawn from the Bible, and which has endured throughout the annals of history: “If a house is divided against itself, that house will not be able to stand.” (Mark 3:25).

My late Father was not a political activist. The closest he ever came was in later life, when he joined the local Conservative Association (so he could use their car park when he went to Sainsbury’s!). But when it came to election day, he was always a True-Blue Conservative; an old-fashioned patriot who loved the values of Queen, country and his British heritage. He was a decent man, and I grew up among the English middle-class in suburban Hertfordshire, where doctors, lawyers and business executives lived in little boxes which all looked just the same.

One of many qualities I inherited from my father was an intense dislike of injustice; but in my case, it would lead me down a different path. I had always been passionately interested in politics, which actually did not surprise my dad, since his father before him had been politically active, and had once been Chairman of Waltham Abbey Council for the old Liberal Party, in the days when they were the main opposition to the Tories. My parents believed in old-fashioned standards which I respect to this day; nevertheless I grew to rather dislike the somewhat narrow-minded, selfish, ‘Daily Mail’ mentality of middle class England which surrounded me.

And so, as I entered those youthful years of rebellion against parents, when some youngsters smoked funny cigarettes, grew their hair and listened to loud music. I joined the Labour Party. Dad raised an eyebrow. Mum nearly had a myocardial infarction. Having joined, it wasn’t long before this idealistic young teenager became involved with the ‘Momentum Group’ of the day… the so-called ‘Militant Tendency’.

I would have many ‘interesting’ discussions with my Dad about how we were going to save the world. Often he would use them to unleash his irrepressible sense of humour. In reference to Russian Communism he would say: “You know that worker’s paradise of Socialism you believe in? Why do they have to build a wall around it to stop the workers from escaping?!!”

But there was one thing my Dad said which has remained burned into my memory to this day. He said the British are an “essentially liberal people”, by which he meant they were never really given to extremes. There were times, such as in 1945, when they leaned rather more left than usual; and others, as in 1979, when they went unusually further right. However, whilst groups like the National Front, the British National Party and others of the extreme right made a lot of noise, they never gained any real traction in the United Kingdom. Likewise, those of the extreme left such as the Communist Party, Workers’ Revolutionary Party or Socialist Workers’ Party spent their time discussing events of a long-distant history, or shouting about how much they hated the Government millions of people had just voted for. But they never found support among the masses and crucially, they have never changed anything for the people who really need it. They were, and are, what my Dad called: “Yesterday’s Men”, looking in the past for solutions to the future.

In the early 1980s, I drifted away from political activism to do even more revolutionary things like falling in love, getting married and having three children. But my love of politics always remained steadfast, and I watched from the sidelines as the Militant Tendency whom I had once supported helped render the Labour Party unelectable throughout the decade.

Out of the Wilderness

Neil Kinnock became a kind of political Moses who led Labour through the wilderness years and brought us to the ‘banks of the Jordan’, and a vision of the ‘Promised Land’. He was a man whose roots lay on the left, but who had the courage to realize that the Labour Movement was still trying to fight battles that were long since over, a struggle which, in 1984-1985 led to the most catastrophic defeat in the history of the British Labour Movement, when the hopelessly divided National Union of Mineworkers were crushed after a year-long strike fought ostensibly, to save an industry that was doomed in any case. Kinnock took on the Militant Tendency and the far left and he beat them. With their leaders expelled, most of the Tendency left to form the inspirationally named ‘Socialist Party’, which is now an irrelevance. By exorcising their demons, Kinnock had at last made Labour a serious force again.

John Smith was tragically lost too soon, but if Kinnock had been a ‘Moses’, what Labour needed now was a ‘Joshua’. Someone who could lead them across the river, bring down the walls of the Tory ‘Jericho’, and finally return Labour to power.

Blair realized that however ideologically pure and well intentioned you might be, politics is about having power. You can change nothing without it. And you cannot win it unless you can convince the ‘essentially liberal’ British people that your cause is right. In other words, winning power in Britain means winning in the centre ground. The result was that in 1997 Blair’s ‘new’ Labour Party won the General Election, taking 418 seats, with an overall majority of 179, (you may wish to read those figures again), before going on to become the most successful Labour Leader in history, with two more huge wins. Tony Blair held the ‘Red Wall’, and then went into the Tory shires and won there as well. No, he didn’t get everything right, no Prime Minister ever does; but he did some very good things too, not the least of which was the Good Friday Agreement which finally brought peace to Northern Ireland.

Patriots reading this may also well recall how this young Prime Minister, just a few weeks into the job, all but saved the British Monarchy after the death of Princess Diana in 1997.
But in 2010, after thirteen years in power, that Labour Government finally fell, as the Conservatives joined with the Liberal Democrats to form an alliance which has resulted in Tory leadership ever since. It has proved disaster for the millions of ordinary people facing austerity, cuts in welfare, bedroom taxes, food-banks and the privatization of their National Health Service.

Having passionately followed the political contest from the bench for thirty-seven years, I was moved to rejoin the Labour Party the day after we had lost the General Election of 2015. It happened to be a particularly poignant date for me, May 8th is Victory in Europe (VE) Day, and 2015 was the 70th Anniversary. I watched on television as three Party Leaders laid wreaths at the Cenotaph, and I knew that our fallen had died for something better than Tory Britain.

In rejoining the Labour Party I was welcomed by the members of my local constituency in Harlow, some of whom were ‘old comrades’ still there from my first time round still selling ‘Socialist Appeal’, (a successor to ‘Militant’, and recently proscribed from the Party). But while my local CLP have been welcoming to me and committed to the election of a Labour Government, my online experience of Labour Membership has been rather different. In some supposedly ‘Labour supporting’ Facebook groups, the mere suggestion that perhaps the Labour Party should again seek to root herself on the centre-left, with progressive policies which appeal to ordinary folk, sees one branded a ‘Blairite, Red Tory, Traitor’ and told in obscene terms to ‘go away and join the Conservatives’. I have actually been blocked from at least three ‘Labour Party’ Facebook groups, all of them controlled by Members of the ‘Momentum’ group who seem more interested in supporting a former Leader, a decent man but one who led the Party to her most disastrous defeat since 1935, than they are in embracing the mission of the current Leader to offer the British people policies they can identify with and feel able to support. They are ‘Yesterday’s Men’ (and Women); who seem happier in opposition, debating like a student union about issues which do not resonate with voters.

Since I joined in 2015, I have been courted by Momentum and other groups calling themselves variously: ‘Progress’, ‘Open Labour’ and more recently the Fabians. I have studiously avoided joining any of them. The only group I want to belong to is the Labour Party. My one political ambition is to see the election of a Labour Government bringing about the society I want our six Grandchildren to grow up in; a nation of equal opportunity, respect, fairness, liberty, justice and love. That ambition should have been fulfilled most recently in December 2019; and yet instead of beating the most incompetent, irresponsible and rattle-brained Conservative administration in my living memory, we were humiliated. Now with cuts in Universal Credit, soaring gas prices, supply chain problems, a shortage of labour and rising inflation, our nation desperately needs a change of direction and a Labour Government.

A need for honesty

If we learn one thing from the new Labour era and our subsequent return to the wilderness, it must surely be that successful, progressive politics has always been achieved by people who do not become shackled to the past. They use their experience and knowledge of that past to provide the foundations for embracing the future with radical policies to create a better society. If we in the Labour Movement are to provide the real hope of that better future for the British people, one which they can not only believe in, but are prepared to entrust with power once again, we must stop vilifying people like Tony Blair and Gordon Brown, we must learn from their success, look with confidence to the future and consign Yesterday’s Men to history.