As we approach the 100th day of Brexit, Richard Hall examines the effects. 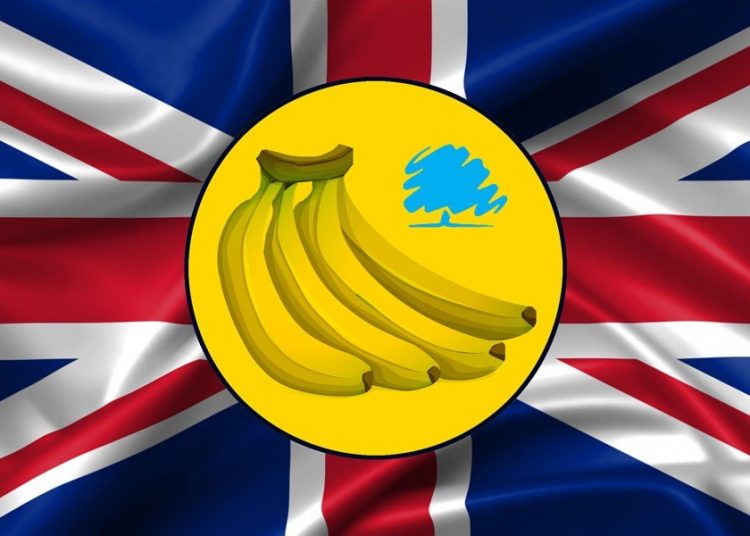 American presidents often like to use the first 100 days of their administrations to set the tone of their presidency. As we approach the 100th day of true Brexit (that is, the end of the so-called transition period, even if not all checks on imports are still being done), it seems reasonable to apply the same yardstick to the UK, to see what ‘Global Britain’ Is beginning to look like.

The signs aren’t good. We were promised a plethora of benefits but, while trade and business difficulties are the focus for many  (Peter Foster,  Anthony Robinson and Shane Brennan (CEO of the Cold Chain Federation), along with logistics experts @vivamjm and @donnyc1975 have detailed the growing impact right across the economy), other, uglier  developments are revealing themselves.

Britain used to be thought of as tolerant, willing to make fun of the pompously self-righteous and rightly appalled by sleaze. There were systems to deal with abuses – a Parliament to legislate against them, a free press to investigate and expose them and an independent judiciary to enforce transgressions through the courts. That no longer appears to be the case. Parliament is a shadow of the institution that used to be the model for all other democracies. Debate and scrutiny have been replaced by partisanship and a willingness to allow the executive to legislate unchallenged. Through its complete disregard for scrutiny and accountability, the Johnson administration is rapidly turning Take Back Control into full authoritarianism. That wasn’t on the side of any bus.

In 2003 historian Laurence W. Britt suggested that there were 14 characteristics to fascist regimes:

It may be a tad early to describe what we’re seeing as fascism, but there can be no denying the fact that the Johnson administration is displaying some of the above characteristics. What is the use of Union flags in political interviews and formal TV appearances, along with mottos and slogans like ‘Build Back Better’ if it is not the powerful and continuing nationalism, a ‘constant use of patriotic mottos, slogans, symbols, songs, and other paraphernalia. Flags are seen everywhere, as are flag symbols on clothing and in public displays.’? We haven’t seen any songs but you do begin to wonder.

We see the Government deciding their enemies. The ‘War on Woke’, as it’s been called, has singled out  ‘lefty’ lawyers concerned with human rights, those who removed the Colston statue in Bristol and showed their opposition to violence against women (in the wake of Sarah Everard’s death) and Extinction Rebellion. Only the judges remain free from government interference so far, but that may not be for long. Thank goodness for the Good Law Project who seem to be the only ones willing to stand up and be counted.

Every autocratic government goes after the media. With most tabloid dailies sympathetic to the Government, the main target is the BBC, long seen as anathema to Conservative politicians. Through the appointment of a Conservative supporting Director General and Chairman of the Board of Governors, ‘Auntie’ is now ‘ indirectly controlled by government regulation, or sympathetic media spokespeople and executives.’ It’s to their credit that The Guardian, Financial Times and – increasingly – the Bylines group continue to present a less subservient approach to news and speak truth to power. It will be needed.

Look down the rest of the list and you can tick off other characteristics. ‘Disdain for intellectuals & the arts’ – check:  the creative industries are in disbelief that their livelihoods have been wrecked by losing freedom of movement. ‘Obsession with crime & punishment’ – check: the Policing Bill and constant references to the extra recruits to the police are exactly that. ‘Rampant cronyism & corruption’ – check: the scandals over PPE and the body of evidence emerging about Greensill  suggest that blatant disregard for rules and propriety is now the norm. Fraudulent elections – check: proposals to make voting contingent upon the correct identification risks disenfranchising people without it, while the Good Friday meme posted by Nadim Zahawi, James Cleverly and others suggests an official link between the Government and Christianity, even though its ethical and moral principles ‘are diametrically opposed to the government’s policies or actions.’

Can anyone see this being the end of it? I don’t think so. Novelist Robert Harris remarked pithily last year,  “We’re a banana republic. Without the republic. Or the bananas.” The UK increasingly looks similar to a country like Belorussia; meanwhile the Government will continue on its way, in the knowledge they have a 80-seat majority and no electoral challenge in the offing. But as anyone who has tried to give up smoking, change their diet or reduce their alcohol consumption will aver, it is considerably easier to begin doing something than it is to stop it.

The next few months look alarming.