We need to stop being noble, or wasting time countering opposition claims, and instead start spreading our own message. ‘Fight dirty’ to win. 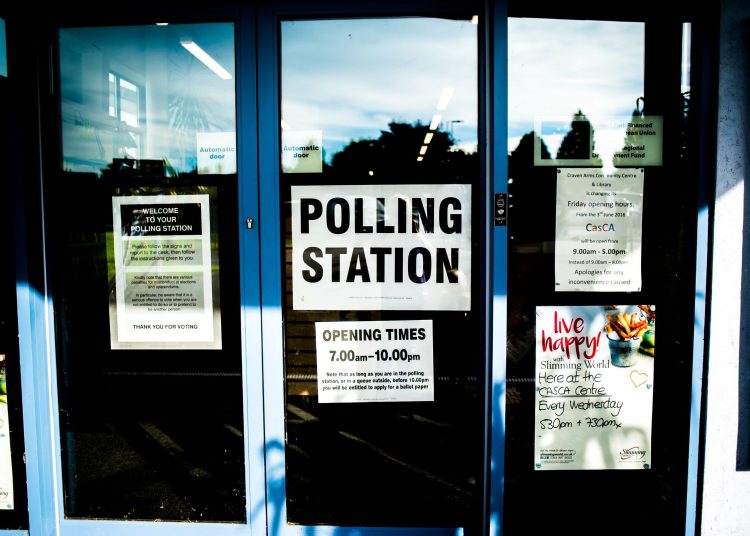 Photo by Elliott Stallion on Unsplash

Like many of my fellow Britons, I love a good pub quiz. I think back fondly to the pre-pandemic era when I was able to see my friends weekly for a chance to name obscure capital cities or try and eke out a song title from listening to music over a crackly speaker system. My pub quiz got each of its teams to host on a random rota system, which meant you got some unique rounds each week. In the summer of 2015 my team was chosen and seeing as it coincided with the General Election, I decided to do a politics round.

I managed to get hold of the election manifestos from the main parties  – Conservative, Labour, Lib Dem, Green and UKIP—running in that election and quoted a policy from each. The teams then had to guess which party that policy belonged to. Question 10 was: Which party wants to ‘campaign for a new, proportional voting system that delivers a Parliament truly reflective of the number of votes cast, while retaining a constituency link’?

I would be surprised if you could get it. The answer was UKIP and not a single team got that question correct.  No one associates UKIP or the Brexit party with electoral reform yet it has been fairly consistent in its advocacy of it (although it should not be too surprising that people don’t get it as these populist parties have always been geared more towards dog whistle politics on Europe and immigration). Unlike the Lib Dems, UKIP never made electoral reform front and centre of its campaign; the above policy was buried on page 57 of their manifesto. Only political geeks like me would have taken the trouble to find it.

I do not agree with Nigel Farage on almost anything, yet this is the one policy where our Venn diagrams intersect. Farage maddens people on the liberal left/centre (like me) because he is one of the best at blowing that political dog whistle, overly simplifying complex things and blaming easy scapegoats. Yet that is also why UKIP did so well in the 2015 general election, winning – or more accurately retaining –  a seat. Farage very nearly pulled off the same feat in South Thanet, coming within about 3,000 votes.

What if we could put some of that bluster and the same rhetorical talents that have done so much damage to this country to good use, namely to finally end the first past the post voting system forever. The same system that saw the Conservatives win an 80 seat majority with under 50% of the vote, stopping any hope of a second referendum despite this being the will of the voters.

Farage has recently resigned from his embryonic Reform UK party. I propose we invite him to become the joint President of a new movement – along with a more traditional metropolitan liberal – dedicated to ending the antiquated First Past the Post system and introducing proportional representation.  Firstly it is a policy he agrees with, so he will put the effort in, secondly he is used to leading a single issue cause and knows how to hammer home a message and thirdly he reaches parts of the country other politicians can’t.

This last one point is the most important and to see the evidence, you only need to look at the failed AV referendum campaign in 2011.  Despite being a majoritarian system, rather than a proportional one, the system put to a referendum in the first full year of the coalition government was an improvement. UKIP supported the change although many wanted to actually go further and hold out for AV+.

During that campaign I do not ever remember seeing a UKIP figure being used by the official Yes To Fairer Votes campaign, which was as usual stuffed full of metropolitan luvvies, celebrities and trendy politicians. As much as you may like Eddie Izzard, she probably already had your vote.  It was always the conservative shires that needed to be won over, the golf club bores and Colonel Blimps who are naturally hostile to change. If I was leading the campaign, Nigel Farage would probably have never been off the TV, teaming him up with the metropolitans and therefore balancing the overwhelming liberal flavour of the message. it would have been good to see him tear down Tories in the same way he does the left.

As we have learnt to our cost in the referendum, the simpler the message the better. As lying or spreading disinformation don’t seem to matter, we need to stop being noble (which will likely mean losing), or wasting time countering opposition claims, and instead start spreading our own message.  ‘Fight dirty’ to win.

In 2011 the NO to AV campaign did two things that were smart if not always in good taste. Firstly it used fake news cleverly (very reminiscent of the infamous  ‘350 million to the NHS’ slogan) with the image of a baby and the message  ‘she needs a maternity unit not an alternative voting system’,  directly linking the cost of the referendum to the emotional pull of the NHS. The YES campaign tried to make a complex link between making MPs work harder to get re-elected, which was firstly almost as inaccurate but also fell flat. Farage would no doubt have connected better using colourful language and ‘telling It like it is’ to the campaign’s advantage.

The second more important thing was that the NO campaign used its spokespeople better. I don’t think I saw a Conservative face during the campaign or certainly not on their own. The NO campaign knew that big beasts like John Prescott and David Blunkett would reach out to those crucial labour voters who were a key demographic to their eventual win and every single debate or appearance seemed to be from some old Labour dinosaur committed to retaining the corrupt duopoly of First Past the Post.

So as we come up to the 2024 general election and electoral reform again comes up on the horizon, we need to not just win over Sir Keir Starmer, we also need to stop preaching to the choir. Perhaps if the madness of Brexit sees us eventually go back into the EU, Nigel Farage’s legacy may actually end up being a positive one. Perhaps in a later quiz he will be the answer to ‘who successfully led the proportional representation movement in the UK’? and more importantly people would actually know the answer.

There’s something about Nadine