Our democracy is gradually disappearing

by Carol Weaver
in Politics, UK 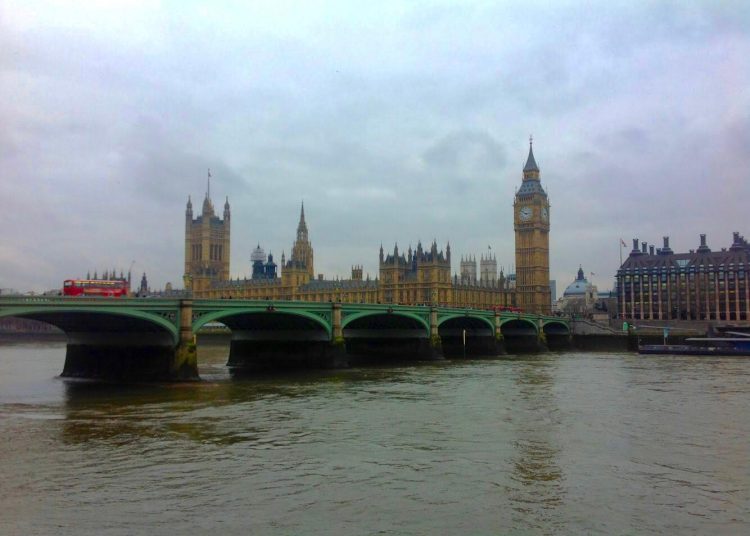 Just like that! Magic! Now you see it, now you don’t. The sleight of hand of this government probably knows no equal. Our prime minister can even make himself disappear for long periods at a time – or indeed be in several places or states at a time, like a Schrödinger’s PM.

Note the regular trending of #WhereisBoris on Twitter, especially in the middle of the latest crisis, whichever that might be – floods, coronavirus, Brexit, other. During the exam crisis he seemed to be in a tiny Scottish tent with his girlfriend, a baby, a dog and presumably a nanny, a senior adviser and one or two armed guards. Magic!

But it is our democracy that is gradually and systematically disappearing. Remember the attempt to prorogue parliament before the last general election? That was when parliament had some power. Now, with a large Conservative majority, the current parliament is seemingly ready to hand over more of its power to the executive (as we saw with the Coronavirus Act 2020). The PM or his chief adviser makes demands, and the Tory MPs are meant to nod brainlessly. Any who disobey, like Julian Lewis, have the whip taken away.

So how can this be a ‘representative democracy’? Surely it is more of an ‘elective dictatorship’. The people were fooled into voting for a government which does not keep its promises or observe the current ‘will of the people’.

A good democracy depends on certain basics, including: free and fair elections; the separation of powers between the legislature, the executive and the judiciary; a robust constitution; human rights; and a politically engaged public.

On the issue of free and fair elections, our electoral commission seems to have very few teeth. It might even be scrapped. Despite breaking electoral law in the (advisory only) 2016 referendum, we would seem to have a ‘Vote Leave’ government led by Boris Johnson, Michael Gove and Dominic Cummings.  According to the Electoral Reform Society, “Our democracy is at a critical juncture. We live in a time when our democratic processes face considerable threats from a range of sources – from ‘dark ads’ and fake news, to foreign interference and the misuse of personal data on a monumental scale.”

To maintain the essential separation of powers, we needa robust parliament and judiciary, with the powers to hold the government to account and provide necessary checks and balances. It is not only parliament which is now losing its power, but the courts would seem to be under attack too (see below).

Our constitution is not written in law, so can easily be changed without a referendum. Squirrelled away in the Tory 2019 manifesto on page 48 is this: “After Brexit we also need to look at the broader aspects of our constitution: the relationship between the Government, Parliament and the courts; the functioning of the Royal Prerogative; the role of the House of Lords; and access to justice for ordinary people.”

It would appear that our human rights are also up for grabs on page 48 with: “We will update the Human Rights Act and administrative law to ensure that there is a proper balance between the rights of individuals, our vital national security and effective government.” Perhaps we shall become the only European state to be outside the European Convention on Human Rights.

We also need a politically educated public. It is likely that more people read the small print when buying double glazing than read full party-political manifestos.  Politics is not widely taught in state schools.

In the last year, what else have we witnessed? Here are just a few items:

The process of judicial review – whereby someone can challenge in court the lawfulness of a decision made by the government or other public body – is also now under attack. Perhaps in part due to the Johnson government’s anger at the Supreme Court judicial review, one of our main checks on dictatorship, is under attack now. The Guardian goes into detail. Likewise, the law around procurement is also being threatened: “Cummings has written of how stupid he thinks procurement law is. And (I think) he believes he should be free to spend public money as and with whom he sees fit. He does not see why he should have to adhere to a law he thinks is stupid.” Jo Maugham

More recently, we have seen the abolition of Public Health England without parliamentary approval, once again demonstrating, “the extremely deliberate marginalisation of parliament under Johnson and Dominic Cummings is emerging into plain sight.” (Martin Kettle). The government has also chosen to ignore the report into Russian interference in our elections. Although the heavily redacted report has been published at last, despite government attempts at further delay, Johnson is refusing to investigate. Is there something to hide?

And the international attacks on our democracy extend further. Take, for example, the links between Steve Bannon, Brexit and the Vote Leave campaign.There are many connections between Donald Trump supporters, such as his former campaign manager Bannon, and Brexit. One such link is Cambridge Analytica, the disgraced data analytics firm which, with its partners, used personal Facebook data to help swing votes in favour of both Trump in the US and Brexit in the UK (both 2016). There are also many reports of meetings between Johnson and Bannon, who was recently arrested on charges of fraud.

Many might think that we can ride it out until the next election in 2024 or believe the rumours that Johnson will resign. Perhaps this is the case, but as someone who has researched lack of democracy in the post-Soviet space, I can inform you that leaders or parties with enough power have ways of keeping themselves in power whilst assuming a façade of democracy.

We are told that Johnson wanted to be King when he was a child. Perhaps we can deduce that the king he would have most liked to emulate was Henry VIII, not just for the obvious reason but also for the Henry VIII powers.

British politics desperately need renewal. The main problem is not that we have incompetent buffoons governing us, it is that behind the scenes there is a calculated and sinister erosion of our democracy.