Anna Girolami and Garry Lawrence report on the rise of the White Feather Project for cowardly MPs. 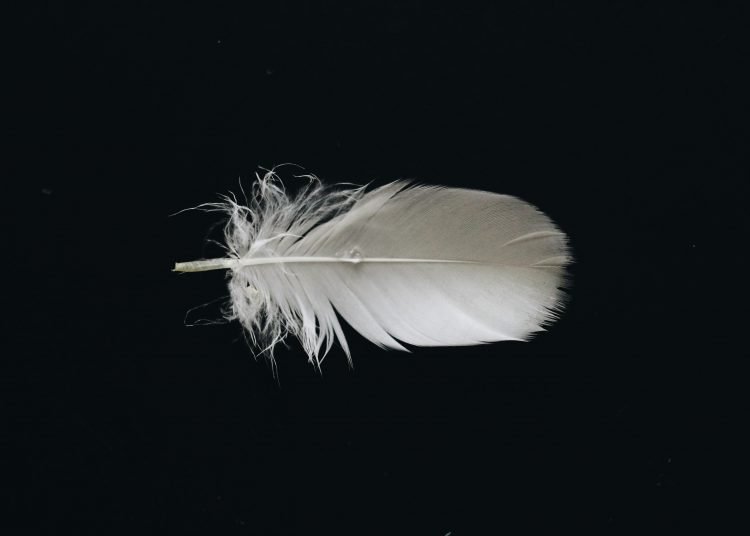 Earlier this year, The Guardian and the Daily Mirror broke the story of how Dominic Cummings, eminence grise to Boris Johnson, flouted lockdown laws to suit himself.

For one former Tory voter, this was the straw that broke the camel’s back. Garry Lawrence had been watching the degradation of public offices and the government’s slide into ‘corruption and authoritarianism’ with horror. The Barnard Castle incident finally spurred him to action.

As he scrolled through social media, a post about the symbolism of white feathers in the First World War caught his imagination.

White Feather
noun
– a white-coloured feather used as a symbol or mark of perceived cowardice. During the First World War young men seen not wearing uniform were sometimes presented with such a feather, as part of a campaign to induce men to enlist for military service.

A lot of the recipients of these feathers were wrongly identified as cowards. Most were conscientious objectors who refused the call to arms out of principle, moral imperative or religious belief.

It was clear to Garry that many within the government have no such defence for their actions. He had the idea to resurrect this symbol of cowardice and in August, the White Feather Project was born.

The White Feather Project comprises of a handful of people who feel strongly that the current government exemplifies cowardice in its repeated failure to defend UK democracy from external attempts to undermine it. This failure of defence is further entrenched by the government’s own attacks on the checks and balances that uphold our democratic system.

Online connectivity means that the group can work closely together even though they are widely spread and have never physically met. Garry himself is in Kent and there are two from Derbyshire. Others are in County Durham, Devon and London.

The group points specifically to the Nolan Principles, the ethical standards expected of public office holders as set out by Lord Nolan in his 1995 report. The current administration has taken these principles and broken them on the wheel of their own interests.

The White Feather Project is one small tile in the larger #3Point5Percent mosaic currently gaining traction in the UK. This is a heterogenous, grassroots movement that takes inspiration from the work of Professor Erica Chenoweth at Harvard. Her research established that if 3.5% of a country’s population consistently and peacefully take action, it can remove a failing government. The overarching aim of all #3Point5Percent engagement is to hold Boris Johnson and the government to account for their actions through peaceful means and halt the slide towards an authoritarian regime.

Thus far, the White Feather Project has focused on Tory tolerance of Russian interference in UK affairs. The group feels that the Conservative party, all the way up to the prime minister himself, has refused to defend the UK from the continued and malign interference of a foreign power. Furthermore, the acceptance of very large donations from former Russian nationals who have ‘purchased’ British citizenship marks the party as actively complicit in this interference.

To date, there have been two waves of white feathers.

At the end of August, white feathers were sent to 34 Conservative MPs alleged to have received money from a small number of very wealthy former Russian nationals via one pathway or another:

The action was picked up by press outlets. Robert Jenrick’s local paper, the Newark Advertiser, published the story and asked the local government secretary several times, in vain, for his comments.

In mid-September white feathers were sent to the prime minister himself. The group felt that Boris Johnson’s sustained and unjustifiable delay in publishing the Intelligence and Security Committee’s Russia Report and his refusal to support a further inquiry into Russian interference warranted individual attention.

This was a bottom-up action, widely publicised on social media, encouraging individuals to take part. As such, it is not known exactly how many feathers were sent to Mr Johnson; unsurprisingly he hasn’t mentioned them. The group know of dozens but there may be many more. Letters were sent alongside the feathers requesting that Johnson undertake a further enquiry into foreign interference in our democracy and stops the government’s on-going attacks on the democratic safeguards provided by the judiciary.

The recent smooth passage of the Internal Market Bill through the House of Commons points to a further slide towards authoritarianism and revealed the blatant disregard that this government has for the rule of law. During October, the White Feather Project will highlight this through further action.

The White Feather Project plans to continue with their action to warn ‘corrupt and cowardly’ MPs that what they do and what they fail to do can be seen by their constituents. All events will be publicised on social media and anyone who wishes to join in will be welcomed.