MPs who have second jobs fall short of maintaining integrity and ethics standards from professional bodies. 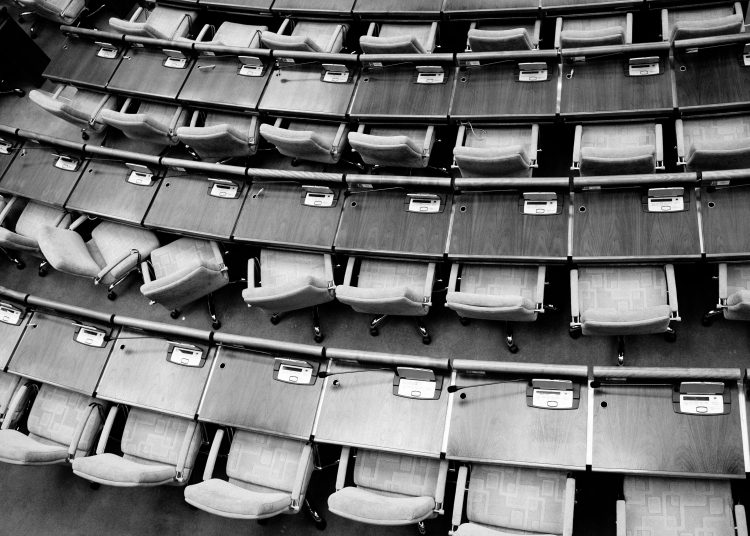 Photo by Michal Matlon on Unsplash

Boris Johnson told the World’s press that he genuinely believes that the UK isn’t even remotely like a corrupt country, nor are our institutions corrupt. It’s just a case of a few naughty Tory MPs breaking the rules as they always have.

Sleaze is normal in our post-Brexit world. So, do we just accept that integrity and ethics are things of the past and let there be a trickle-down effect to our professional institutions and other organisations – even pro-EU ones, heaven forbid? Most people think not. We need to enhance our public standards.

It is suggested that MPs undertaking second jobs is a clear example of sleaze. The reality though is less clear. We all want MPs to be grounded in reality. Thus no one would criticise an MP who gives up time to help at a food bank. Neither is it justified to criticise an MP who was a solicitor by profession undertaking ad hoc legal work, where there is no conflict of interest.

The key is understanding what is meant by a conflict of interest. What is ethical, and what is not?

Are MPs second jobs a conflict of interest?

Take for example former Energy Minister Sir John Hayes, MP for South Holland and the Deepings. He has been criticised for taking on a consultancy role with an international energy company (BB Energy Trading) for £50,000, as well as being a part-time professor of politics earning £38,000 per year. He also earns £30,000 a year as President of Highbury, Burton and South Derbyshire Colleges (HBSA), which runs the International Technical Female College in Jeddah, Saudi Arabia delivering English language learning.

Is taking any of these roles ethical? To make that judgement, it is necessary to understand what the term means. The Code of Conduct for Parliamentarians states that one of the general principles of conduct is integrity:

“Holders of public office should not place themselves under any financial or other obligation to outside individuals or organisations that might influence them in the performance of their official duties.”

The code also has a complete chapter on lobbying for reward or consideration. Chapter 3 has as its overriding principle:

“No Member shall act as a paid advocate in any proceeding of the House.”

Even when it is considered that BB Energy Trading is a Lebanese company and Sir John is Chair of the All-Party Parliamentary Group for Lebanon which is set up to provide support and understanding for Lebanon, it seems that he is in the clear.But is there still a ‘smell’ about it?

The underlying problem is that ethical standards which MPs are required to follow fall short of that for professional bodies. For example, the Code of Conduct for Solicitors laid down by the Solicitors Regulation Authority and the Code of Ethics for The Institute of Chartered Accountants of England & Wales (ICAEW) give some helpful examples about what a conflict of interest might be (see Appendix).

Left behind the European Union

The contrast between what is happening in the UK with what is happening in Europe is stark. The European Union is a rules-based organisation. Katerina Barley, Vice President of the European Parliament and a dual citizen of Germany and the UK, is a key proponent of the rule of law. In the Parliament Magazine, she takes the view that: “If we allow EU Member States to pick out which parts of the commonly agreed European laws they adhere to, our European community will inexorably disintegrate.”

The experience of Brexit will have inevitably strengthened European leaders’ resolve to protect the integrity of the single market as well as seeking to ensure that the legal systems in the Member States serve the same purpose – the independent control of government power.

Ethics and integrity are a key requirement to achieve this. The European Parliament recently resolved to set up an independent ethics body to strengthen the transparency and integrity of the EU institutions. This was after a long campaign for transparency and accountability, in which former British MEP Sajjad Karim was involved.

These reforms will go a long way to allaying the concerns that have fuelled Eurosceptic parties across Europe. That can only be good for the European Union.

Integrity and ethics should be the norm

Back in the UK, standards of ethics in national and local government seem to be lower than those of our professional institutions.

It is odd that it is bodies such as the ICAEW that urge members to drive integrity initiatives in organisations from the top down whilst our government is failing to bring integrity and ethics in the political world up to the same levels. Perhaps that is what is driving disillusion in our domestic politics?

Examples of circumstances that might create a conflict of interest include: