Universal Credit, how the distinction between deserving and undeserving remains in the UK's 21st century welfare policy

by MJ Kellman
in UK 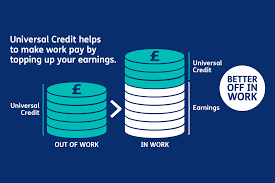 Universal Credit, a strange name for a benefit

Don’t you think Universal Credit is a bizarre name for a benefit?  Restricted as it is through rigorous means testing to those on very low incomes, it is far from being universal.  And what is really meant by “credit”?  It is certainly not to the Government’s credit that their ideological reforms to the welfare safety net have resulted in widespread poverty and hunger.  The UK’s social safety net has been “deliberately removed and replaced with a harsh and uncaring ethos”, wrote Philip Alston in a report commissioned by the UN.  Who could be proud of that track record?

Perhaps the title was designed by the architects of the scheme as a persistent reminder to the unfortunate recipients that they are dependent on the largesse of the state.  Not an entitlement as in the original Welfare State introduced by Beveridge in the 1940’s but a financial relationship where they are indebted.

After a while you get used to names and don’t think about them anymore.  So we have Employment and Support Allowance – once known as Sickness Benefit.  And Personal Independence Payment which replaces Disability Living Allowance.  In earlier times there was National Assistance, followed by later refinements such as Family Income Supplement.  It seems the titles given to welfare benefits were always a form of linguistic barometer giving clues of political attitudes towards those in need. Back in the news 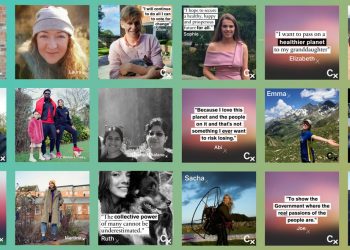 Back to the safety net – or the workhouse?

Then in April 2020 the standard rate of Universal Credit was increased by £20 a week in Chancellor Rishi Sunak’s early Covid-19 economic response. And I thought this was really interesting. At last, recognition from the government and its cabinet of millionaires, that the weekly amount of benefit was so dangerously low it impoverished and endangered life. That it was indeed a strange name for a benefit.

In announcing the increase the Chancellor stated that  to strengthen the safety net, I’m increasing today the Universal Credit standard allowance, for the next 12 months, by £1,000 a year.  But there remains no further explanation of the rationale behind the rise. Or why the increase should be £20.  If a government is confident in the ability of its welfare benefit safety net to support the most vulnerable in society, why would it see the need to increase that weekly rate during a pandemic?  I would like to think it was tacit acceptance that the basic rate is too low.  Why would those finding themselves dependent on welfare benefits because of a national crisis (pandemic), be in greater financial need than those ending up there because of individual crisis (e.g. bereavement, unemployment or ill health)?

But a more worrying interpretation could be that it was felt “those who had to claim benefits due to the pandemic did so through no fault of their own.”  In the absence of evidence, it seems that the workhouse test of deserving and undeserving remains a significant and persistent influence in the political ideology behind the current British welfare system.