What has my council done for me? Part 2: The Environment 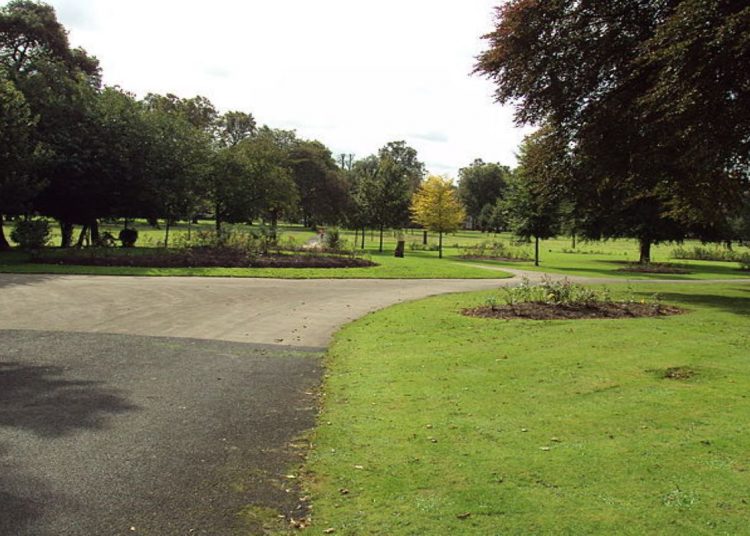 Calthorpe Park, Birmingham, by Rept0n1x for Wikimedia Commons is licensed under CC BY-NC-ND 2.0.

What do you think of the council’s record on the environment, and what more do you want to see from them? Email alex.toal@bylinesnetworks.co.uk with your thoughts.

With the Birmingham City Council elections coming up in May, Central Bylines is reviewing the council’s record on a number of key issues. In this entry, we ask ‘what has the council done to improve the environment for the citizens of Birmingham?’. We researched the council’s activity, and interviewed experts and campaigners.

One of the council’s most high-profile acts to improve air quality has been introducing the Clean Air Zone (CAZ). As a report for the Centre for Cities highlighted, the CAZ has reduced harmful NO2 levels in the city centre, without impacting local businesses. The council has also been keen to reduce pollution in schools, introducing air-quality monitoring stations in schools and expanding their car-free school streets scheme.

Controversy has arisen, however, over the fact that the council has refused to shut down the Tyseley incinerator, which has been demanded by climate activists. Existing plans will scale down the operations of the incinerator, the city’s biggest CO2 emitter, by 70 percent by 2034.

One area in which the council has arguably performed less well has been waste management. Recent ratings have ranked the council 336th out of 341 local authorities at recycling waste, potentially in part due to the role played by the Tyseley incinerator. Moreover, the council has been accused of missing over half a million bin collections since 2017, a figure which they dispute. A no-confidence vote by the Liberal Democrats on this topic recently led to a dramatic council meeting, at which opposition councillors accused the Labour group of intentionally delaying discussion of the motion.

The council, however, has been active in trying to encourage more parks and nature in Birmingham. Birmingham City Council has been part of a ‘Biophilic Cities’ scheme since 2013, and is already home to Sutton Park, the first urban nature reserve. Plans to build on the city’s natural diversity have included ten Covid memorial grounds in the aftermath of the pandemic, and the council’s City of Nature Plan, which will create 400 new public parks.

As well as improving the environment of the city, many of these targets are being encouraged to help get Birmingham to net zero by the council’s stated target of 2030. This has included bold plans like the ‘world’s first net zero carbon development’ in Curzon Wharf, providing not only a sustainable neighbourhood, but also over 1,000 jobs in the area. At the same time, the council has committed to making the Commonwealth Games this year a carbon neutral event, minimising plastic waste, and planting 72 new urban forests in the West Midlands.

Much has been done, and much is yet to be done, to help Birmingham to realise its bold environmental ambitions. But what do the experts think of the council’s record on the environment?

Professor Jon Sadler is a biogeographer and ecologist at the University of Birmingham. Central Bylines spoke to him about the council’s record on the environment. His assessment was that the council was going in broadly the right direction when it came to strategies like their City of Nature plan. He said: “Really, in these plans there’s the opportunity to generate spaces for nature, but also spaces for people.”

One area on which he concurred with environmental campaigners was that the decision not to close the Tyseley incinerator has serious environmental impacts. Whereas most of Birmingham’s pollution comes from its roads, he noted that it is one of the very few major sources of air pollution outside of traffic.

He also encouraged a bolder strategy when it came to building a healthy urban ecosystem, advocating the benefits of a greener city, saying “I think there’s a very strong business case being built particularly via public health in terms of enhancing well-being utilising natural gyms and opportunities to engage with natural spaces.”

As he noted, cities with better air quality are healthier, and purely from a taxpayer’s perspective, are then able to spend less in treating pollution-related diseases. However, he was eager to emphasise that the main area where improvements are needed is still in traffic reduction:

“The main source of pollution in Birmingham are still the roads. We don’t have a deal of industrial pollution, the sorts of stuff we might have seen in the late 60s, early 70s. Getting away from roads, the drop off in pollutants is steep.”

Sanjive Mahandru is a campaigner at Birmingham Friends of the Earth. When Central Bylines spoke with him, he expressed the view that the council was talking the talk on improving the local environment, but far from walking the walk. One of his examples of this was the Commonwealth games:

“We’re spending millions of pounds bringing the Commonwealth Games to Birmingham. It’s not the most eco-friendly thing to do. For example, in West Brum, we’ve spent £70m, just building one swimming pool. With that money, I think you could have done a lot more eco-friendly projects in Birmingham, reaching the people who live in Birmingham, and effecting us more long term.”

To Sanjive, similarly questionable spending included a £18.5m loan to Birmingham City Airport during the coronavirus pandemic. Covid-19 could have represented an opportunity to rethink our commitment to air travel, rather than perpetuate it, he claimed. While developments like the CAZ are, in Sanjive’s mind, welcome, not only have they come far too late, but it was disappointing that they had to be imposed from the government as the result of a Supreme Court ruling. Meanwhile, he claimed that not nearly enough is being done to reduce air pollution, which still kills at least 800 people a year in Birmingham. One of the problems, he claimed, was that many of the green transport plans have been ill-thought through and have lacked adequate consultation:

“They’re wasting millions of pounds, I’ve got direct experience of it. They built cycle paths when they weren’t needed. They haven’t consulted with cycling groups, and in some parts of Birmingham and Sandwell, they’ve built cycle paths right next to dual carriageways. I know I’m not going to be cycling next to main traffic and breathing that air in.”

For Sanjive the journey to a greener city is about long-term, cultural shifts. He pointed to cities like London and Manchester, which have better public transport systems and more obvious routes for cyclists to take, something which has yet to be done in Birmingham:

“Today, I’ve just cycled for the last two or three hours. And to be honest, the only cyclists I was seeing were us. So it’s not just the money thing. It does need a cultural shift. I can’t blame the City Council, as it is the education and the cultural shift that needs to happen on the grassroots level.”

What do you think of the council’s record in transport, and what more do you want to see from them? Email alex.toal@bylinesnetworks.co.uk with your thoughts.