What has my council done for me? Part 1: Transport

Birmingham City Council is encouraging active travel and public transport with long-term planning. Tell us what you think by writing in! 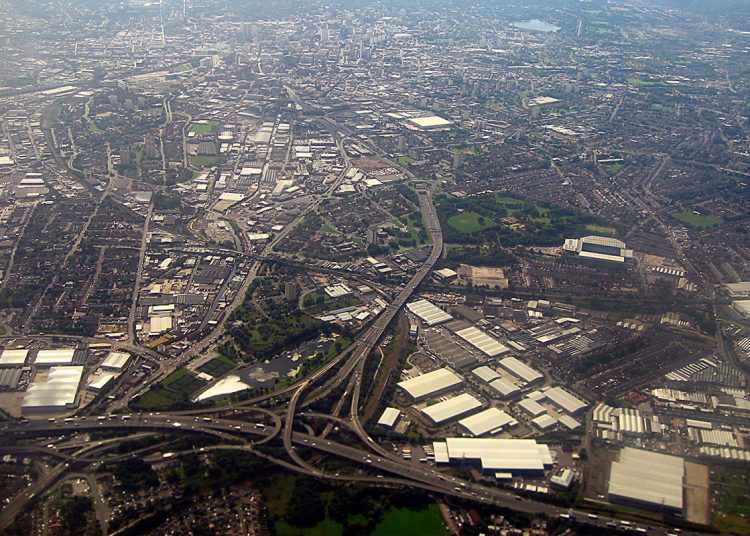 What do you think of the council’s record in transport, and what more do you want to see from them? Email us at alex.toal@bylinesnetworks.co.uk with your thoughts.

With the Birmingham City Council elections coming up in May 2022, we at Central Bylines are reviewing the council’s record on a number of key issues. In this entry, we ask, what has the council done to improve transport for the citizens of Birmingham?

Getting from one place to another in Birmingham is famously difficult. The city was re-designed after World War II to be as car-friendly as possible. This long-term reliance on cars has been at the expense of the city’s public transport system. As Birmingham resident Henry Fox describes:

“It’s a very common sentiment that Brum public transit is terrible, especially getting out into the suburbs. You usually have to walk significantly between stops for different routes, take two or more buses to get somewhere only about three miles away. Buses are usually late, and the trains aren’t much better.

“The thing with cycling in Brum: the general consensus is that it’s very dangerous. The main issue with it is drivers can be very badly behaved which puts cyclists at risk, so most cyclists cycle on the pavement which in turn puts pedestrians at risk.”

2021 marked a year of bold planning for transport in Birmingham. On 14 June, the council introduced a Clean Air Zone, which charges vehicles entering the city centre: £8 a day for cars, £50 for larger vehicles.

The Clean Air Zone has been controversial. Although the plan was devised by central government, it has had criticism from the council’s Conservative group, along with the AA. However, the scheme has so far reduced air pollution in the city centre by a fifth, and the number of cars by 6,000, after only a few months of operation.

This generally reflects the council’s preference for reducing car usage in favour of public transport and active travel. In December 2021, 85 new electric bike ports were installed across the city, and the council purchased a new fleet of hydrogen buses in January 2022. Meanwhile, in 2020 the council asked the government to implement a 20mph speed limit across the whole city. While this was rejected, a number of new 20mph zones were named in the process.

However, it would be fair to say that the council’s decisions have not been universally good. In 2020, the council used government funding to open a bus and cycle lane on Bristol Road South, in Selly Oak. The lane was subsequently dubbed ‘crazy and unsafe’, with thousands signing a petition against it. It was removed after less than a year, having been opposed by both Gary Sambrook, Conservative MP for Northfield, and Julie Johnson-White, Labour Councillor for Weoley and Selly Oak.

Similarly, the council got into hot water after failing to provide home-to-school transport for vulnerable children. In 2021 it was revealed that over half of the drivers provided by North Birmingham Travel did not have a valid DBS check. This resulted in service disruption, with 60 children left stranded at school.

The city’s Transport 2031 plan sets out ambitions to cut down on traffic, making it more expensive to bring a car into the city, while increasing pedestrianised areas, introducing new cycle lanes, and purchasing a new fleet of zero-emissions buses.

But are these plans realistic, and are they right for Birmingham?

I spoke with Professor Joanna Leech from the University of Birmingham. She identified these plans as part of a general trend in cities around the world, of trying to phase out car use and encourage more active travel. She highlighted the good intention that the Clean Air Zone signalled:

“It’s a really good indicator that the council is serious about reducing air pollution. The problem, of course, is that you have these long-term ambitions that you’re trying to overlay on existing and past infrastructure.”

Birmingham was built to be as accessible as possible to cars. Trying to change that will always be a challenge. And as Professor Leech explained, most cars aren’t impacted by the Clean Air Zone, since emissions from private vehicles have sharply dropped in recent years due to technological advances. The real problem is heavy service vehicles.

“So getting those off the roads and finding alternative ways to do goods and deliveries in that ever-so-sticky last mile delivery, that’s really quite important. We’ll see great gains on achieving lower air quality ambitions if we’re able to do that.”

The principle now is that, “you can’t now guarantee you can get everywhere you want to get if you’re driving the diesel vehicle, and you need to think about your travel more carefully.”

I asked Professor Leech about the challenges of improving transport in areas further out of the city centre, like Allens Cross. This is, in her words “a really tough nut to crack”, particularly in Birmingham. While much of the existing infrastructure is effective at getting people in and out of the city centre, it is more difficult to make the 25-minute drive from Northfield to Sparkhill on public transport. For this, you have to travel to the city centre, change buses and then travel back out – a 50-minute trip with an increased risk of delays, cancellations and having to stand in the rain, all of which “make it just generally less palatable.”

I also spoke with Labour Cllr. Waseem Zaffar, who sits on Birmingham City Council as the Cabinet Member for Transport & Environment. Cllr. Zaffar pointed to two significant developments that marked the city’s transition to greener transport: the introduction of the Clean Air Zone, and the council’s declaration of a climate emergency in 2019.

Key to Zaffar’s plans is consulting local communities, and making people feel more aware of what they can do, such as introducing air quality monitoring stations into local schools. From his point of view, the challenges of austerity led to “the centralisation of the local authority”.

“I will strongly say that we need to review what we’re doing in the neighbourhood, and how we’re empowering or disempowering communities. I think there’s a lot of work to be done around that.”

However, the unique circumstances of the pandemic presented new opportunities for online consultation, and Cllr. Zaffar noted that expanding digital outreach to local communities would be crucial to ensuring a more active dialogue. He also highlighted two particular transport plans that are a priority for him: ensuring that no one in Birmingham is more than 30 minutes from the city centre, and improving transport links between communities, such as bus routes from Sutton Coldfield to Longbridge.

It is clear that Birmingham’s transport problems will not be solved in one electoral cycle. Any plans need to be ambitious, while considering the needs of all residents. Pivoting to public transport and active travel is essential to make a healthier and a safer city, but residents in car-dependent areas like Allens Cross cannot be left behind in this process.

What do you think of the council’s record in transport, and what more do you want to see from them? Email us at alex.toal@bylinesnetworks.co.uk with your thoughts.