Jenny Kartupelis recalls how the government of the day reacted to the arrival of Ugandan Asians expelled from the country and compares the situation to today's arrivals from Afghanistan. 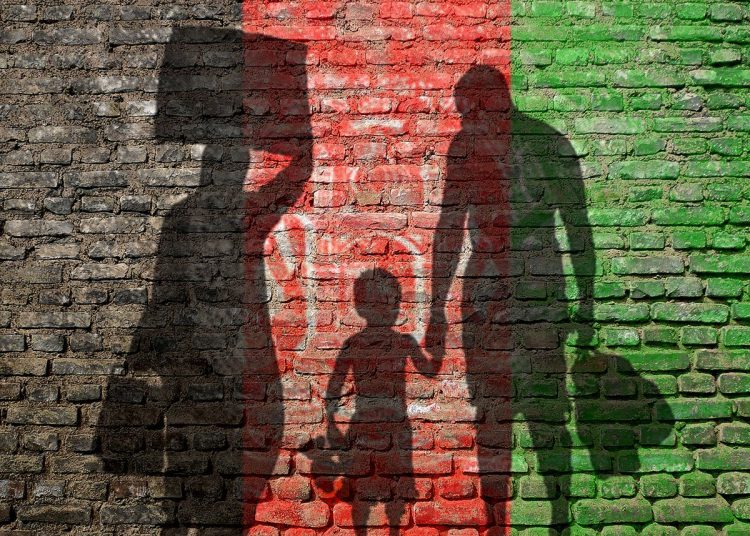 It has been said (by Churchill, Santayana, and Burke amongst others) that those who fail to learn from history, are doomed to repeat it. But there are also examples that could bear repeating.

As we find ourselves again in the midst of soul-searching and controversy about accepting Afghan refugees for whom the country has a moral responsibility, it is worth looking back nearly 50 years at the arrival in 1972 – during a single period of 90 days – of 28,000 Ugandan Asian refugees in the UK. Yes, 28,000, not the 5,000 that our current Home Secretary felt was the maximum possible in one year.

Expelled by dictator Idi Amin, a total of 60,000 Asians were given 90 days to leave or be put into concentration camps. They were allowed to take nothing with them except one small suitcase. This was happening in the era when Conservative MP Enoch Powell was stirring up fear of mass immigration, particularly from the Commonwealth, seeking (and to an extent succeeding) in sowing division on ethnic lines.

The then Prime Minister Ted Heath was faced with a dilemma: his initial reaction was to deny or limit entry of the Ugandans with British citizenship, but he was persuaded to change his mind. He also established and took advice from a Resettlement Board, who initially oversaw the refugees’ rehoming into 16 unused military bases, from where they were quickly rehoused within communities across the UK.

Forty years later in 2012, their story was told again in commemoration of what they had achieved in the UK, and the benefits to us today. As acting Director of the India Overseas Trust at the time, I helped to organise a series of events, culminating in a thanksgiving service in Leicester Cathedral.

There were also debates in the Houses of Commons and Lords. Shailesh Vara, then Conservative MP for NW Cambridgeshire, set the scene saying that Britain took 28,000 people “who came here frightened, homeless, penniless and with only the clothes on their backs. They arrived at Stansted airport, and were met by demonstrators holding placards saying, Go home! You’re not welcome here.”

Vara concluded the debate by saying: “We have finally recorded, 40 years on, the enormous contribution that this relatively small number of people have made to the United Kingdom and the fact that Britain really was at its best. It showed its true character, its warmth, generosity and ability to care for those in need.”

In the House of Lords debate, Lord Popat summarised the benefits of accepting immigrants, not only had ordinary people and officials shown great humanity, but thereby had contributed to the wellbeing of the country: “While exact figures are not easily available for the impact of this one community [on the national economy], Britons with south Asian roots today make up 2.5% of the population but account for 10% of our national output.”

We need to learn from our history

The lessons from this piece of history are surely worth heeding now. Creating a hostile environment to immigration sows fear, division, and unrest more generally; that refugees and immigrants accepted with warmth and empathy will be able to contribute to society and the economy over the long term; that the initiative to do this must be backed by the government of the day, not left to chance or individuals.

So to conclude with two thoughts. Firstly, Home Secretary Priti Patel’s parents were Ugandan Asian immigrants who came to the UK ahead of the Idi Amin expulsion – is there not something about leaving the ladder down for others?

Secondly, in the 2012 Commons debate, Simon Hughes, then MP for Bermondsey said: “…Edward Heath and the Government of the day bravely decided to respond positively. If ever there was an example of how a policy can help people in their hour of need and [demonstrate that they] can be an asset not a disadvantage, this is it. We would do well to continue to learn that lesson, as we address the inevitable plight of other people who might look to us for help.”

Robert Jenrick – more than a little help for his friends