We don’t have to build on the green belt

In a matter of days the Conservative party goes from“Brown Field First” to "circumstances now exist to justify a review of the green belt". 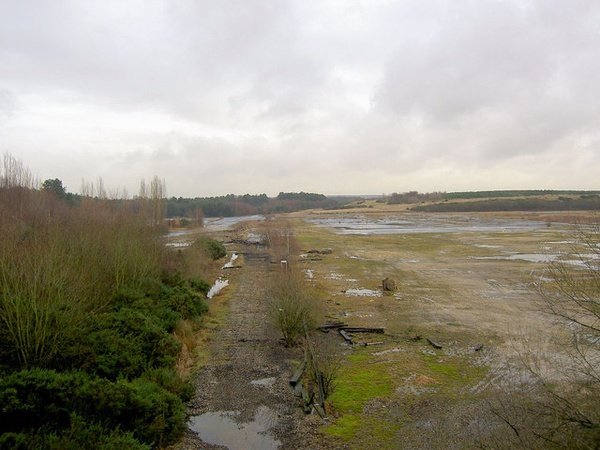 It took a matter of days for the Conservative party to go from their pre-election promise of “Brown Field First” to the post-election reality of circumstances now exist to justify a review of the green belt.

Before the recent West Midlands elections, Mayor Andy Street did his campaigning tour boldly claiming that the green belt was under threat, and that only a vote for the Conservatives could save it. To the passive political spectator, it was a sure vote winner, but it didn’t take much digging to uncover the paradox in the Mayor’s claims. Most of the West Midland’s local authorities are Tory-run, with mostly Tory MP’s representing them in Westminster and a Tory Mayor of the region, not to mention a Tory Government and Tory Ministers.

If there is a threat to our green belt, it is clear where that threat comes from. If a vote for the Conservatives in May was a vote to save the green belt, then the green belt would never have needed saving in the first place.

The Black Country Plan is the planning framework for the four Black Country Councils (Walsall, Dudley, Wolverhampton and Sandwell), and once it has been complete, will allocate land to meet the regions’ expected housing need up to 2039. Shortly after the local election it received a huge update, outlining the region’s housing and infrastructure supply and needs up to 2039, with consultations throughout the summer guiding precisely how and where this need will be met. Perhaps the most significant line within the most recent update has huge implications for Black Country green spaces: “Circumstances now exist to justify a review of the green belt”.

Now, this on its own does not mean that every inch of Black Country green space will be tarmacked over, but that we can go from “Absolutely no building on the Greenbelt” to a “Review of the Greenbelt” in a matter of days should rock the confidence of even the most zealous of Tory supporters.

This is not an issue for the Black Country alone. In Westminster, the Conservatives are pushing hard for planning reform that would take the right to consultation away from local people, make it harder for local authorities to block development, and give more power to property developers.

According to the Campaign to Protect Rural England (CPRE), the new formula to determine housing supply proposed by the government within the planning reform could lead to at least a 35% increase in housing on the Green Belt. Their State of the Green Belt report highlights a number of case studies where increased pressure on green belt is leading to the loss of valuable open land for local communities.

This article, despite its objections, is not fuelled by NIMBYist rage, rather it is fuelled by a desire for the opinions and wishes of local communities to be respected when they will affected by developments near them, and for government and developers to be honest about the real choices demanded by the country’s housing crisis.

The Conservatives suggest that we have two options: build on our green spaces or continue to face a housing crisis. But this just is not true.

Firstly, with council budgets so stretched, almost all development is led by private companies with profit their main priority. As such, building on the green belt has a minimal impact on the nation’s housing crisis, because the properties being built are unaffordable for the hundreds of thousands of people trying to get onto the property ladder.

Secondly, that the green belt must be compromised in order to meeting housing demand is just simply false. There are brown field sites across the Black Country, relics of our industrial past, that would make adequate sites for development. Property developers are less interested because clearing the sites to make them suitable for residential development is often an expensive process and eats into their profits. But they make excellent sites for affordable housing, often have existing transport infrastructure, and make welcome additions to local communities, because who wouldn’t want houses as opposed to abandoned factories?

But even if brownfield land is not enough to meet our housing need, the option is still not housing on the green belt or no houses at all. Instead, we can design a comprehensive joined up housing strategy that builds affordable places to live for first time buyers and meets the needs of the modern economy – we do that by building up in our town centres instead of out in our suburbs.

Our attitudes to housing are guided by our outdated relationship to the economy. Fifty years ago it was far more normal for someone to finish their education, find a job and stay with that employer until they were ready to retire. Our housing market reflected this, people wanted and needed their ‘forever home’.

But in the modern economy it is far more common for young people at the beginning of their career to move around employers, often jumping between different towns and cities. Very few young people need a house that will be their ‘forever home’, in fact, fewer and fewer need their first property to be a house at all.

We can alleviate housing pressure and solve the housing crisis by recognising how the modern economy has fundamentally changed. People are starting families later and switching employers more frequently – and who knows if our new world of remote working is here to stay, so what would bring the most benefit to young people trying to buy their first home would be an increased supply of town centre apartments, not sprawling suburban houses. By doing this, along with house building on brownfield sites, we can not just meet our housing demand, but save our dying high streets too, because we would have more people living near them!

The Black Country Plan will go to public consultation throughout the summer – and history tells us that these meetings will have a chronically low community turnout thanks to local authorities’ lack of interest in promoting them. So, if you live in the Black Country, and you would like to keep your green spaces green, then make sure you register for updates at Black Country Plan.