Britain's national story is vast and rich, yet too often simplified into six years of military history. 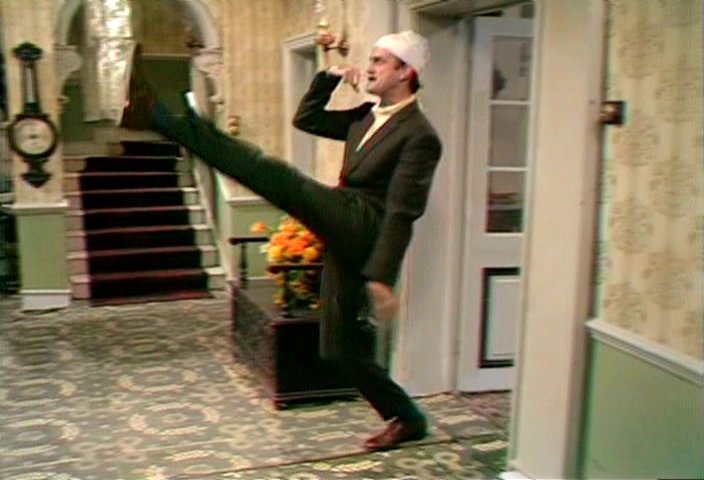 In an interesting thread on Twitter, writer Jonathan Coe commented on the number of recent British World War 2 films he’d seen and wondered if “maybe it’s time to start looking harder for other national stories to tell.”

Well, yes indeed. The question is: what are those other stories? Sometimes it seems Britain is so hopelessly wedded to a narrative defined by World War 2, it simply can’t extract itself. Dad’s Army is constantly on television; politicians regularly invoke military metaphors; we’ve had a fuss over the bust of Winston Churchill not being in Joe Biden’s Oval office; while in Lincolnshire, an almost unhealthy obsession with the war is expressed through the place calling itself “Bomber County” and a project to erect a statue of a Lancaster at the border.

Why does this fixation still exist? We are light years away from the ‘Don’t mention the war’ sequence in Fawlty Towers when Basil’s gauche attempts not to upset his German guests by mentioning the war made us laugh at his crassness whilst also mocking the idea that it should be treated reverentially. It’s worth recalling that the clip first aired just 2 years after the UK finally joined the then EEC and only a matter of months after Harold Wilson called a referendum on remaining as members; 67 per cent supported the optimistic vision of a future of increasing pan-European cooperation, opportunity and enrichment, a sign that the UK was finally getting on with the business of the late 20th century. So why does the country still venerate the war?

The answer to that may lie in Coe’s thread. He cites a paper by Robert Eaglestone, Professor of Contemporary Literature and Thought at Royal Holloway College, University of London, called “Cruel Nostalgia”. In it, Eaglestone argues that political life has been deliberately “saturated” by some politicians who tap into what he calls the “often half-submerged narratives we tell ourselves’ about national identity”. These politicians want us to cling to the idea that “we won” (ignoring the more than 20 separate nations who joined the Allied cause) and that as an island nation the UK has resisted the incursion of “the other” for hundreds of years.  Their constant Euroscepticism and carping about the erosion of  “sovereignty” seems to have trapped too many people in emotional limbo, incapable of dealing with the fact that the war ended 75 years ago and the world and Britain moved on.

These people are Brexit’s biggest cheerleaders, and they will doubtless say that Brexit is this new national story. But they have what essayist and author Laurent Berlant calls Cruel Optimism: of being in a state ‘“when something you desire is actually an obstacle to your own flourishing.” They peddled a vision of “sunlit uplands”, of “having your cake and eating it”, of being “in control”. They have become so enamoured of this vision they paid no attention to the details. As the reality of Brexit takes hold (border delays, vast amounts of extra red tape & cost and ruined businesses (stunningly documented by Anthony Robinson)) with a genuine danger of the destruction of the United Kingdom as an entity it’s hard to believe this is a new national story worth telling.

Anger with the politicians responsible is growing along with calls to rejoin (though as David Allen Green points out returning will depend as much on persuading the European Union as on persuading the British electorate to change their mind.) So here we are; and the original question remains: what other stories are there to hear?

They are certainly there if we look and one needs urgent and wider recognition: that of the role of the black community in our national life. While many of the headlines have been about the Colston statue and the Windrush scandal, in the last 3 months some remarkable tales have surfaced. Small Axe, the astonishingly immersive 5-film project from director Steve McQueen about black life in the 1980s, the television programmes of David Olusoga on the lack of recognition of black history in the national story and especially how it’s taught in school, and writer Afua Hirsch’s powerful account of what it means to be the descendant of a slave have given voice to that role.

There is too the remarkable contribution made by the black community to the arts, in civic roles and business and to our national sporting life. What better expression was there of the way Britain was putting the past behind it than that 45 minutes of Super Saturday during Olympics 2012 when 3 athletics gold medals were won by a refugee, a state school educated white lad and the daughter of a mixed race marriage. That is a story we should tell and Jonathan Coe is right, we  don’t need to mention the war.