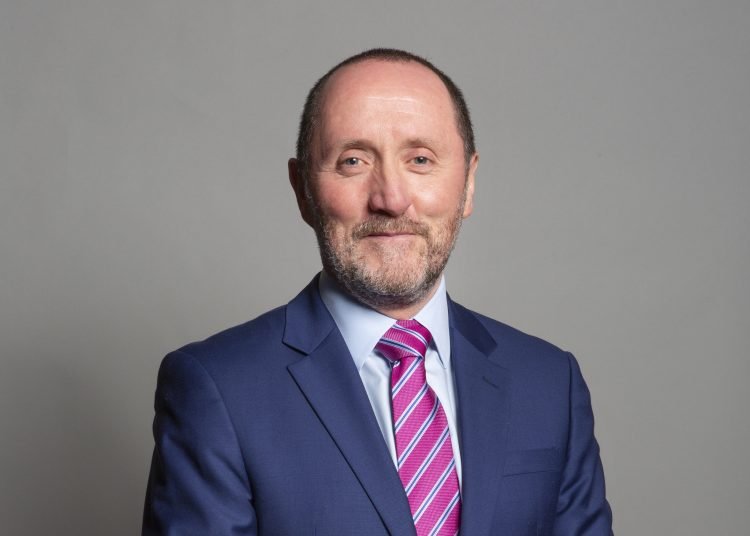 The Tory MP for Walsall North, Eddie Hughes, has yet to respond to emails asking him to stand up against mental health discrimination, and has remained resolutely silent. "File:Official portrait of Eddie Hughes MP crop 1.jpg" by David Woolfall is licensed under CC BY 3.0

The Conservative-controlled Walsall council is finding itself the focus of a wave of fury after blocking the appointment of long-standing Labour councillor Sean Coughlan to the post of Deputy Mayor on September 20. Labour councillors walked out of the council meeting en masse after the Tories, led by councillor Mike Bird (the current Mayor) voted against the appointment on grounds of “concern for the councillor’s mental health”.

Councillor Coughlan – who has represented the Willenhall South ward since 1995 – has always been open about the fact that he suffered from serious depression several years ago, and at the end of 2018 found himself contemplating suicide. He’s made a point of sharing his story in the hope that it will resonate with others who find themselves in that position, offer them support, and remind them that recovery is possible.

Within the council, the gentleman’s agreement has always been that seniority of service is the criteria for being elected as Deputy Mayor. In the normal course of events that would go unchallenged. The decision of Conservative councillors to rip up that agreement has been met with dismay and anger from people in Walsall and beyond who work in mental health for the message it gives out.

Councillor Bird finds himself accused of double standards in holding that his previous conviction for fraud is no bar to him holding the office of Mayor, but that someone being honest about their mental health struggles is sufficient to block them from the role of Deputy.

Councillor Coughlan said “On the one hand they’re saying they are doing it to protect me and my mental health, and then they refer to my ‘alleged mental health issues’ to suggest I was never ill in the first place.” Of his decision to stand for the position – which fell vacant after the sudden death of councillor Harbans Sarohi earlier this year – he said “I want to show people there is light at the end of the tunnel. After three years of medication and support, I’m now back in a good position.

Whatever I went through, I wanted to turn it into a positive and help other people and I just think there is always hope, there is always opportunity and put it in a position where people understand.”

At present, local Tories are presenting a united front on the matter. The Labour MP for Walsall South, Valerie Vaz, said of Councillor Bird’s comments in reply to a constituent “…I am appalled by this. It is discriminatory and should be reported to his party nationally”.

The Tory MP for Walsall North, Eddie Hughes, has yet to respond to emails asking him to stand up against mental health discrimination, and has remained resolutely silent.