The British honours system is a venerable way of honouring citizens with Knighthoods, MBEs and OBEs for good work in society 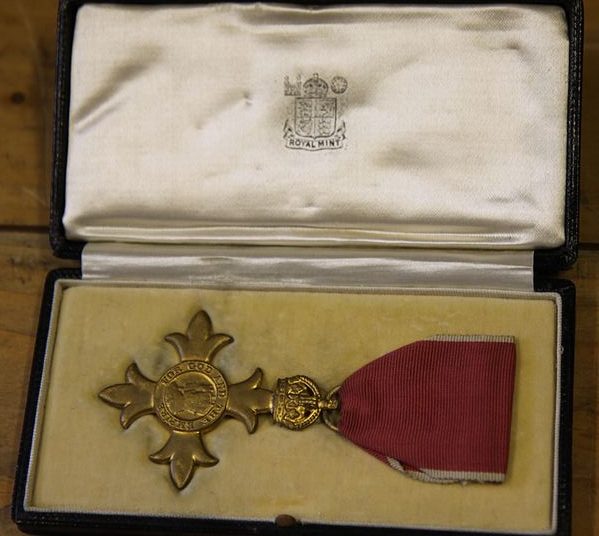 The British honours system is a venerable way of honouring citizens for good work in society. It’s hard to disagree with the nation saying thank you in such a public way to someone who has made a positive difference and has been proven to be a great role model.

Unfortunately, history is laced with stories of Earls and Lords who perhaps ought to have ended up in prison rather than be honoured. Of course, some still end up on the wrong side of the law, Jeffrey Archer is just one example. But that’s the exception to the rule, and our honours system should be something we all cherish.

As is tradition, the Queen has marked her official birthday with a new raft of honours bestowed on the great and good. And occasionally in some eyes, the not so good. For example, Brian Souter received a controversial Knighthood despite his openly homophobic stance raising many eyebrows back in 2011.

A decade later, we’re all happy to see Lulu, Prue Leith, Rob Rinder, and the legions of volunteers who have got us through the pandemic recognised for their contribution to society.

Then again, some might look aghast at the likes of Brexiters such as Andrea Leadsom being honoured “for political service”. Perhaps her honour is for stepping away from the Conservative leadership contest.

Even though the honours system is about as old as the monarchy itself, changes are made from time to time. One of these changes was in 1993 when Sir John Major scrapped the British Empire Medal, only for it to be brought back by David Cameron around twenty years later.

Nowadays, the honour is bestowed for voluntary work rather than military prowess. I’ll leave it to you, dear reader, to decide whether this award succeeded in making the honours more classless, which was the reason Cameron gave for its reintroduction.

The open wound of what the “British Empire” actually signifies in its historical context has long been a bone of contention for many people, not just for some of those receiving an award.

Surely a change away from a long gone “Empire” to a more progressive word like “Excellence” is exceptionally overdue. When asking friends who have received honours they have been very thoughtful and on occasion, even minded to refuse their award until its name has been updated.

Most say change will come, but only when a new monarch comes to the throne and the country sees the dawn of a new age. Perhaps by then there will be a new, more progressive mood in the nation with a new government to help it through.

And perhaps the “anti-woke” mood which has swept parts of the nation will vanish as another, hopefully more caring and understanding generation takes charge.

If not now, when?

Primo Levi’s words resonate strongly: “If Not Now, When?”. Change can have a habit of happening when you least expect it. A new campaign calling for the reform of the honours system has been launched in the hope that it can be more modern. I, for one, hope the campaign proves successful.

Surely it’s better to be called “Excellent” by the state, rather than hark back to the days of a long vanished Empire and our colonial past? But with the “imperfect storm” of the current government, the rather loud “anti-woke” brigade, and the run up to the Queen’s platinum jubilee my hopes aren’t high for any imminent change.

Further up the honours systems pecking order another long overdue overhaul is urgently needed. Bizarrely, some titles given to men also bestow a title to their wives. This is not the case for people who have partners of the same sex. Many examples of this exist: no title is given to the husbands of Lord Ivar Mountbatten and Sir Elton John.

Of course, some might wonder where all this ends, rather forgetting progress doesn’t actually end.

In this world where pronouns have increased in importance and define our personal identity, do we really need to keep such old fashioned male/female titles? A spouse of someone bearing a title could easily be a companion or consort. And couldn’t the ruling monarch be just that? Couldn’t we just have a Monarch, rather than King or Queen?

Unfortunately, it’s probably too late to change the title of our country to “the United Monarchy”, mainly due to the word “United” being rather incorrect as things stand.

Having an honours system is surely a good thing. It lets us recognise our fellow citizens when they’ve done great work. But isn’t it also the case that the names we give to the honours is a reflection on our society? Doesn’t the word “Empire” now simply give our nation an outdated Chitty Chitty Bang Bang theme-park feel?

When will the time be right for us to become a more progressive and modern society, so we can be taken seriously by the world and seen to be fit for purpose by all?