What seems like many years ago, in the year 2016, I wrote about how we might make the most of leaving the European Union (EU). At that time (late June), it did not occur to me that the referendum had been illegal, and we could campaign for it to be rerun. 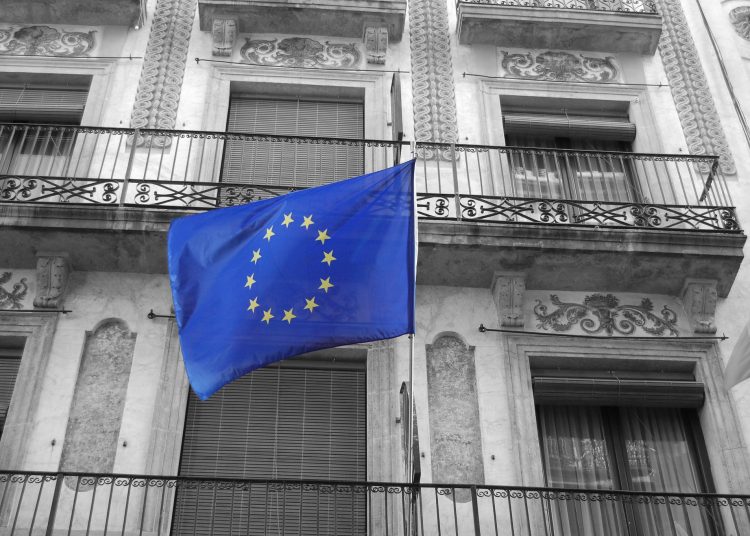 "EU Flag" by Identity Photogr@phy is licensed under CC BY 2.0

What seems like many years ago, in the year 2016, I wrote about how we might make the most of leaving the European Union (EU). At that time (late June), it did not occur to me that the referendum had been illegal, and we could campaign for it to be rerun.

So, it seemed sensible for the moment, whilst the EU carried out much needed reforms, for the UK to have as close a relationship as possible with the EU. Perhaps we could have joined the  European Free Trade Association (EFTA) or created a Ukraine-style Association Agreement (but better). Then, after EU reforms had taken place and a new treaty was signed, the UK could rejoin a much-improved two-tier Europe.

Around three months later the FT also published an article which included:

“The negotiations around Brexit should be used as an opportunity to create a two-tier EU that meets these concerns. The first tier could press ahead with much closer political integration, pursuing the longstanding goal of ‘ever closer union’ in Europe. The countries on the second tier would restrict themselves to participation in the single market and co-operation on foreign and security policy. This two-tier approach could ­potentially meet the needs of both federalists and Eurosceptics.”

(In my opinion, the second tier should be more than is put forward above, but the details would obviously need discussion.)

The EU reforms were and still are needed to at least complete ‘economic and monetary union’ (EMU). Reforms have not been successful in the recent past for various reasons including the fact that many countries were not ready, there were disagreements, and the UK could have been a ‘spoiler’ with a veto over any new treaty.

Academics and politicians have been discussing a two-tier EU for many years. Even the BBC was discussing a de facto divided EU in 2011. In practice the EU consists of ‘variable geometry’ with a kind of ‘pick and mix’ apart from the integrity of the single market. More recently Macron has proposed ‘concentric circles’.

Nevertheless, despite the fact that it has been seen negatively, two formal tiers might be the only answer to the debate on ‘widening versus deepening’. In other words, how is it possible to enlarge the Union and also to have a deeper and closer federal union when many member states and would-be member states are either unwilling or just not ready economically or democratically?

So, it became clear years before 2016 that the EU needed to make reforms to the eurozone; that despite most members being signed up to join the euro some did not want to do so; that lack of democracy in some member states was a problem; and that the UK would be disruptive regarding reform.

One solution could be that the EU would reduce in size keeping only member states that were economically viable, liberal democracies that agreed with ever closer union. Another could be to create a two-tier (or multi-tier) Union with a core eurozone and an outer tier similar to EFTA but having representation in EU institutions.

Maybe the outer ring could have reduced benefits and responsibilities. It could possibly include countries as diverse as Georgia, Hungary, Iceland, Norway, Poland, Serbia, Sweden, Switzerland, Turkey, Ukraine and the UK. However, the EU is currently determined to restore democracy in countries it regards as members or future candidates so, for example, Hungary and Turkey may no longer be welcome at all.

In 2016, it seemed as though an outer ring for a UK that had left the EU but still wanted to be very close was a future possibility. Unfortunately, too many opportunists and naysayers got in the way. Brexit could have been managed very differently by a prime minister that did not abscond and who led a public that had been educated in the subjects of UK and EU politics.

But we are where we are! We do not have a good deal with the EU. We have a ‘bare bones’ agreement which could be added to and needs to be in many respects including financial services, Erasmus, professional qualifications recognition and security.

We are suffering from losses of European and other business, which is continuing at a higher-than-expected level. Much Irish-EU trade is now direct. Britain is fast becoming a ‘branch-line economy’ with severe consequences.

So, should we be satisfied with encouraging this government or the next to put flesh on the bones of the Johnson deal? Or should we be demanding that our next government rejoins the EU as it is? Or should we wait and see if there is a new treaty to replace the ‘Lisbon Treaty’ which might include a two-tier EU and might suit UK citizens better than full EU membership?

There will be many debates amongst pro-EU groups on how best to campaign now. Some have already been passionately calling for us to rejoin but no one in government and very few in parliament outside of Scotland seem to be listening. Maybe for now we can only flesh out the bones of the deal while UK citizens and businesses begin to realise what they have lost and what they are missing.

Then we can develop closer ties and in some years’ time we can see what kind of EU exists and the options available for how to rejoin if that is the ‘will of the people’.