Did five years of groups campaigning for remain in Chipping Norton turn it from blue to red in the latest local elections. 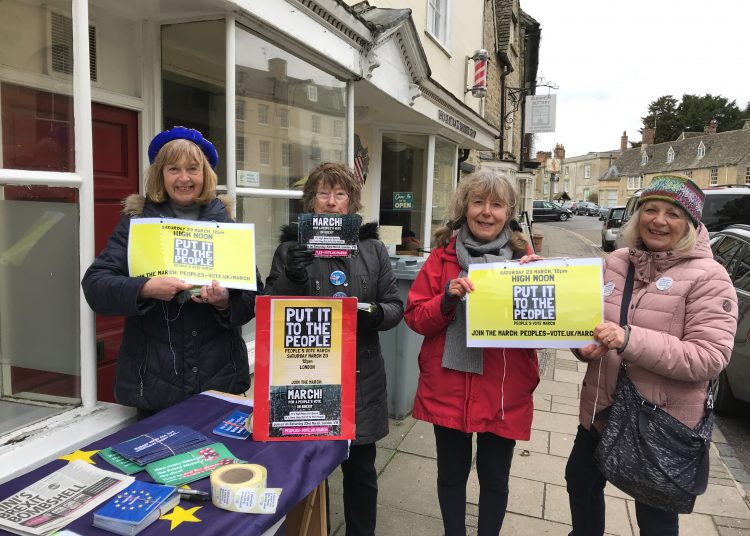 Did the efforts of Remain campaigners on the streets of Chipping Norton help turn the blue wall red? Ann Holland asks the question and looks at what happened.

A small group of Chipping Norton Remainers spent every Wednesday on our street stall from 2018 to 2020.

We met lots of people who liked our charts (following how people felt about Brexit) and our conversations about Europe and politics. We didn’t miss a week and it was obvious that citizens enjoyed the discussion. One of us lived eight minutes away in South Warwickshire, three in Witney and one in West Oxfordshire.

We were delighted at the numbers who filled in our charts and the very few people who didn’t stop to chat.

So when we saw the Labour result for the Chipping Norton district we were thrilled! Previously Tories were always in power. It wasn’t just us, as the Labour Party group were there on many Saturday mornings.

As Chipping Norton council changed hands, it seems the campaigning paid off.

Jeremy Clarkson wrote in the Sunday Times on 16 May 2021:

‘Because everyone was so engrossed last week in Hartlepool and the crumbling “red wall”, no one noticed an interesting electoral fact from further south: Labour had taken the Cotswold town of Chipping Norton from the Tories. Yup. My home town has gone communist….suddenly there was a sign that the obituaries might have been a bit premature ‘

The 2021 Oxfordshire County Council election was on the 6 May with 63 seats contested. The Conservatives lost 10 seats, the Libdems gained 8, Labour gained 2 and the Greens gained 2. The result was helped as Labour stood down in some seats as did the Lib Dems and Greens. Currently around the country Constituency Labour Parties are meeting up with the Lib Dems and the Green Party to discuss alliances.

The same has happened in Cambridgeshire. No bureaucracy, just local agreements between parties who have had many discussions as people got to know each other. These are not to change parties but simply to make arrangements for the election, with each remaining separate each with its own identity.

These are not permanent alliances, but ways to game a voting system that favours one party despite its lack of a majority. Such local and temporary groups existing just for a single election, to fight the inertia of a system that can leave a party controlling a council without receiving an overall majority of votes.

We could see in Stratford on Avon that if Libdems, Labour, and Greens had worked together the County Council result would not be the same.

It remains to be seen if such arrangements can be put in place nationally.