There is a tractor rally in Melton Mowbray as part of a Save British Farming campaign to represent farmers. 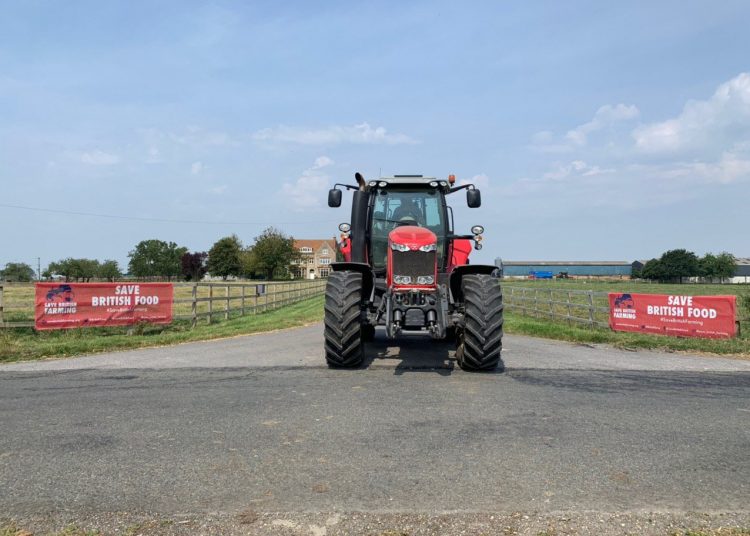 Melton Mowbray will be full of tractors tomorrow morning (Thursday 29 October) as a ‘socially distanced demonstration’ takes place starting at the cattle market at around 11am. Supporters have been asked to stand outside Ye Olde Pie Shoppe on Nottingham Street from 11:15am for photographs.

The ‘Save British Farming’ campaign represents farmers, consumers and members of the food production industry. They are currently protesting against the Agriculture and Trade Bills which they say will “ditch British animal welfare and environmental standards for imports, flood the UK market with cheap, low-quality food and destroy Britain’s farming industry.”

Most people, whether they voted leave or remain agree that existing food standards must be kept after the Brexit transition period ends. There is also some panic over shortages of food after we leave the single market of the European Union (EU).

Melton Mowbray is known for its quality pork pies, Stilton cheese and food festivals so it is a particularly relevant town for the protests. The names ‘Melton Mowbray pork pies’ and ‘Stilton cheese’ are currently protected by the EU and will hopefully continue to be so. Few local people would want cheap imported foods using these names.

A good turnout is expected at the rally with one of the organisers, farmer Andrew Brown saying, “The sheer level of interest in this demonstration shows how feelings in the farming community are running high, and their annoyance at this government’s cavalier attitude to food standards and food safety is clear. They feel they have been sold a lie and this protest will not only raise the profile of the issue but show our MP that we will not take this lying down.”

Rutland and Melton MP Alicia Kearns voted against an amendment to the Agricultural Bill which would have made sure that food imported into the UK would have to meet the standards applied to food produced in the UK following Brexit.