Since the murder of Sarah Everard by a Metropolitan Police Officer, at least 81 other women have been killed. 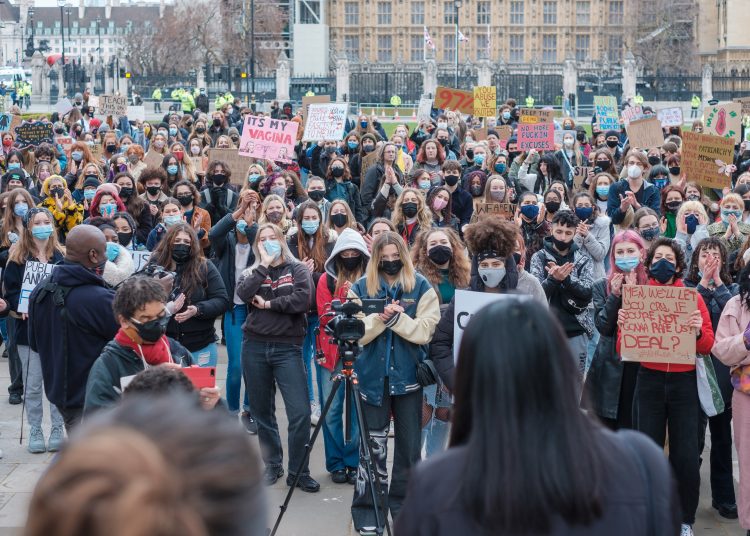 On March 3rd, Sarah Everard was walking home, near Clapham Common. She was abducted, raped and strangled by an officer in the Metropolitan Police Force. He burned her body and dumped what was left in a pond.

On September 17th, Sabine Nessa was walking to the pub in Kidbrooke. She never got there. The next day, her dead body was found under a pile of leaves in Cator Park. She appeared to have been beaten to death.

One hundred and ninety-eight days between these two events. In that time, eighty one women have been killed by men.

On October 1st, the officer who killed Sarah Everard was sentenced. He will spend the rest of his life in prison.

Lord Justice Fulford called Sarah Everard a “wholly blameless victim”. How does he view the other eighty dead women?

Phillip Allott, the Police and Crime Commissioner for North Yorkshire, called for women to be more streetwise.

The Metropolitan Police Force called for women to wave down a bus rather than let themselves be arrested.

The Home Secretary, Priti Patel, called for women to make more noise about the verbal abuse, physical abuse and “all that kind of stuff” that they receive.

The officer who killed Sarah Everard was nicknamed ‘The Rapist’ by colleagues. He has three claims of indecent exposure against him. The Met has said that these claims were “allocated for investigation”.

The officer who killed Sarah Everard was part of a WhatsApp group of police officers that shared racist and misogynistic material. The WhatsApp group is now being investigated; the other two Met officers in the group are still at work.

In the last five years, 27 Met officers have been convicted of sex crimes. Today, a serving Met officer is in court in Hatfield, charged with rape.

The head of the Metropolitan Police Force, Cressida Dick, says she understands that public trust in the Force may have been damaged. The Prime Minister, Boris Johnson, says that the public should trust the police.

The officer who killed Sarah Everard arrested her on the pretext that she was breaking Covid regulations.

This weekend, a former justice minister and a former chief superintendent of the Metropolitan Police Force called for Cressida Dick to resign.

People from across the political spectrum have called for an independent public inquiry into the Met’s handling of Sarah Everard’s murder.

As of today, the Prime Minister has ruled out an independent inquiry.

As of today, Cressida Dick has not resigned.