If Shakespeare's Hamlet were here today he would no doubt have pondered the question of Scottish independence: "To be or not to be, that is the question. 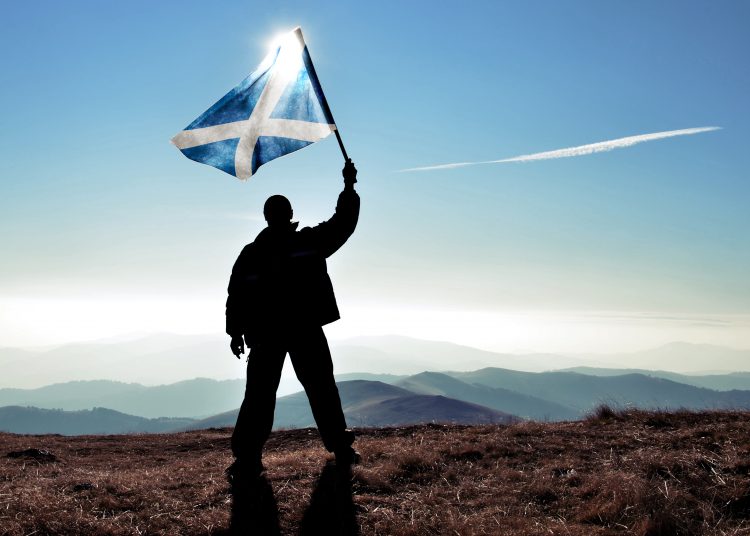 Living in Stratford-upon-Avon as I do has several advantages. One is that most people have heard of it. Another is that I can often quote Shakespeare in defence of my views. Following the tempestuous battle over Brexit, the next big issue looming on the horizon will be Scottish independence. It is likely to be equally controversial.

If Shakespeare’s Hamlet were here today he would no doubt have pondered the question of Scottish independence: “To be or not to be, that is the question. Whether ’tis nobler for Scotland to be a European country, or to be ruled over by Westminster?” And being Prince of Denmark, he would probably have opted for the former.

Boris Johnson however, for all his Eton education, has not advanced as far as Shakespeare but is still stuck in the Feudal era. Like some Lord of the Manor, he seems to regard Scotland as part of his fiefdom. The serfs there are expected to be content with their station in life, their lot fixed for a generation.

But does he speak for the majority of us here in England? Not at all. The last Yougov poll of 1530 English people found that less than half wanted Scotland to stay in the union. The rest were in favour of independence, or more commonly felt it was a question for the Scots to decide.

Boris does not, it should be noted, even speak for the whole of the Conservative party. The most ardent ideologues of the hardline ERG group have insisted that the only thing that matters is Brexit, and if that means the loss of Scotland, so be it.

Boris just speaks for Boris. For him it is a matter of basic self-preservation, for he knows that if his fan club can no longer wave their union jacks his credibility will vanish faster than a blond wig in a hurricane.

It is true that most of us in England have a sentimental attachment to the red white and blue banner. It’s a pretty flag, it must be said, and adorns a wide variety of merchandise these days. All the same, if asked directly people will invariably concede that the future of any country is for its own people to decide.

Will the Scots get their independence?

In the short term Mr. Johnson may ignore popular opinion and stick to his outdated script, but should the independence supporting parties achieve their predicted landslide in the Scottish elections this May that could change abruptly. As well as his blond mop and clownish behaviour, the other thing that Boris is famous for is U-turns. I would not rule out a sudden attack of bonhomie and the granting of a section 30 order to authorise an official and legal referendum (the long awaited Indyref2), unlikely though that might seem at present.

The real battle will be with the massed battalions of the unionist press, the same heavyweight forces we have faced in the conflict over Brexit. The Scottish National Party seems to have forgotten how big money, false claims about the EU and a torrent of propaganda about the UK’s exceptionalism won the 2016 referendum. Boris is probably counting on his pals in the media to steamroller any ideas about independence out of existence. It is certainly going to be a David and Goliath struggle, and Scots will need the courage of Robert the Bruce if they are to gain their freedom.

An obvious ally would be the European Movement. Hitherto, the Scottish section of that venerable organisation has adopted a position of careful neutrality on independence. I can only hope that they will revise their stance as the critical time approaches, and lend their support to the beleaguered Scots whose European identity is at stake.

So will the Scottish people win their independence? It will be a close run thing. A strange law operates at referendums whereby no matter what the issue, people flock equally to both sides like supporters at a football match. Support for independence has hence hovered at just above 50 percent, rather than the 80 or 90 percent you might have expected (if you were a full blooded Scot). Nevertheless a modest lead has been consistent over more than 20 polls, and if enough Scottish believers can convince the doubters they stand a sporting chance.

The time is now

“Now is not the time” has long been Westminster’s stock refrain but the Scots intend to go ahead anyway. They are right to do so, for reasons I will explain in my next article. Meantime, reflect on the words of Brutus: “There is a tide in the affairs of men which, taken at the flood, leads on to fortune…” (Julius Caesar Act 4, Scene 3).

Watch the video: Moving to Scotland