The National Audit Office’s second report on test and trace services in England does not make for reassuring reading. 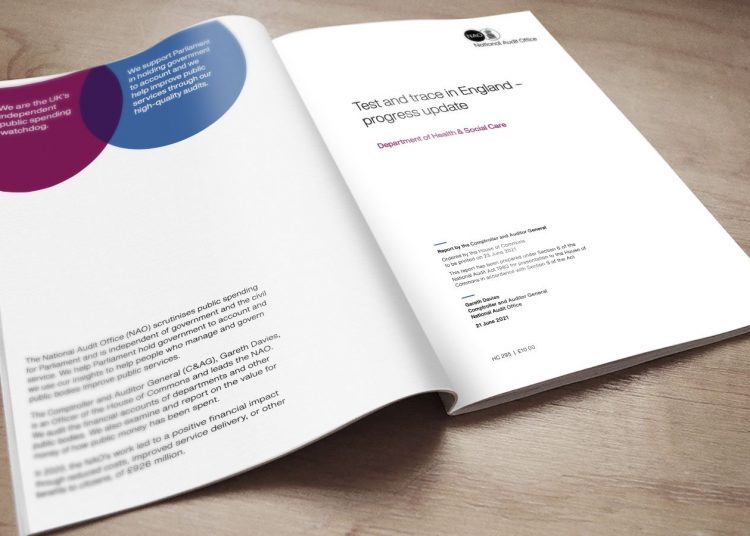 Last week, the National Audit Office (NAO) released their second report on the government’s approach to test and trace in England. At a time when SAGE is warning us about a third wave, a Manchester hospital is declaring a major incident because of bed pressures, and the box-fresh new Health Secretary has stated that his priority is lifting restrictions as quickly as possible, it does not make for reassuring reading.

The good news about test and trace service

There are a couple of pieces of good news. Firstly, the test and trace service’s strategy to identify and contain new variants means that the UK has made a very significant contribution to the worldwide understanding of such variants. About 30 per cent of genomic sequencing results shared internationally come from this country.

Secondly, the report says the test and trace service is  reaching at least 85 per cent of the contacts of those who have a positive PCR test (SAGE advises that 80 per cent need to be reached). The whole pathway, from test to result to contacts traced, is also getting quicker.

Unfortunately, PCR tests currently make up only 16 per cent of all tests done. The rest are lateral flow tests (LFTs) of such doubtful effectiveness that the US regulator recommends they should be binned, rather than used. And it looks as though the public may have taken the advice to heart.

The LFTs are the lynchpin of the government’s mass testing programme; everyone in England is eligible for two tests each week. By the end of May, 691 million tests had been distributed but only 96 million of them have been registered as used. No-one knows what has happened to the other 595 million. Have they been used or not? The test and trace service are trying to work out why registration of these test results are so low.

One possible reason – other than everyone knowing the tests are useless – may be that people still cannot afford to self-isolate. Rather than break the rules, it is much simpler for people to avoid the tests in the first place. The test and trace service is responsible for improving public compliance, yet the NAO reports that it has no plan for how to improve testing rates or how to boost compliance with self-isolation.

Keep it to yourself

Nearly all local authorities now run their own contact tracing schemes for harder to reach cases, but local stakeholders report that they and other partners (such as home care providers) still cannot access all the information they need, when they need it. The report highlights the need for the test and trace service to share more data more quickly with local authorities in order for them to respond in good time to rapidly changing conditions.

In 2020-21, the test and trace service spent £13.5 billion of its £22.2 billion budget. A lot of the underspend has been attributed to the lower-than-anticipated uptake of mass testing. The result is that the service is paying for capacity that it does not use.

Furthermore, it is still using emergency measures to procure without competition. Between January and March this year, the service paid £1.9 billion for LFTs – all from one supplier. The NAO was told that only one supplier had secured regulatory approval to supply the tests, so it had not been possible to run a competition. The NAO comments that the absence of competition and normal regulatory processes ‘brings risks to value for money.’

Where next? Nobody knows

From July 2021, the test and trace service will become part of the new UK Health Security Agency (UKHSA). The NAO notes the risk that the service’s attention may be diverted away from efforts to contain the spread of the virus.

The level of future Covid-19 infections is highly uncertain, but as yet, there is no plan for beyond July. UKHSA needs to think about a range of scenarios from an overall reduction in infection levels through localised outbreaks to an overall resurgence.

There is still uncertainty about what testing and tracing capacity should be maintained, and what role asymptomatic testing will play. There is a total lack of clarity about the future role of both national and local bodies and how the new agency might use flexible resourcing to respond to local outbreaks.

In short, the NAO has given the government’s test and trace service a report that will strike a chord with anyone who ever went to school: “Could do better. Must try harder.”

Will the government listen? It seems unlikely. Serco has just been awarded another £320 million to continue running test centres for the next twelve months.