The Men from the Ministry are coming. To Wolverhampton!

Ministry of Levelling Up, Housing and Communities moves to Wolverhampton. Is Mr Gove happy with his new home? 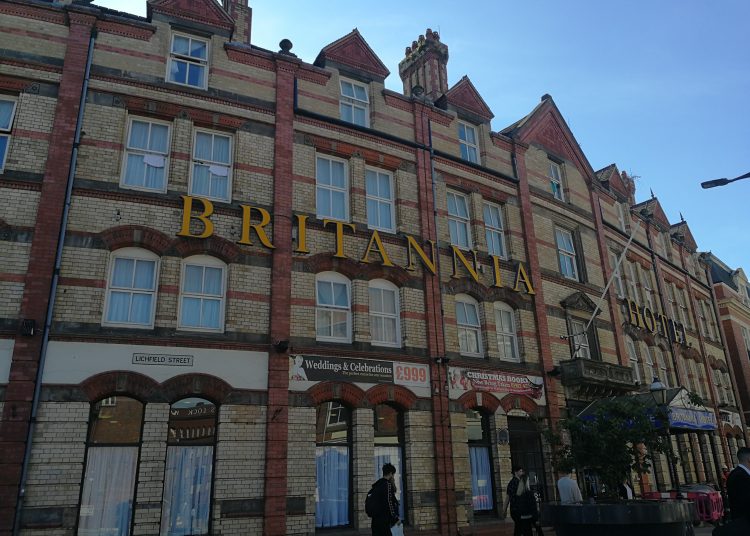 Wolverhampton has many claims to fame. It has a statue of a footballer married to a Beverley Sister, it had the first automated traffic lights in the country. And it’s the birthplace of former housing minister and Central Bylines favourite, Robert Jenrick MP.

During his stint as Minister for Housing, Communities and Local Government, Jenrick decided that his home town would be the perfect setting for the first ministry headquarters outside London. Yes, Minister couldn’t have plotted it better.

But there’s a hitch. Following the recent cabinet reshuffle, the ministry has a new incumbent, one Michael Gove. We do wonder how happy Mr Gove is with his new home. It’s certainly not an easy train ride from his Surrey Heath constituency. He’s jolly busy at the moment saving Christmas but nonetheless he’s found time to rename his new kingdom the Department for Levelling Up, Housing and Communities (DLUHC). I’m afraid I don’t have enough petrol to drive to Wolverhampton and see if the job advert hoarding on the ministry building has been updated yet.

With this administration’s love of centralisation, it’s no wonder local government has been dropped from the title. Now, it’s all about levelling up which, to me at least, smacks of “do as you’re told so you become like us southerners or we won’t give you any money”. Not that they’re all actually southerners. Mr Gove was born as far north as possible in Aberdeen and our Prime Minister isn’t from these shores at all, he was born in New York. As for Jacob Rees-Mogg, surely he was produced sometime in the eighteenth century? But I digress.

Thrown to the Wolves?

Wolverhampton is certainly not lacking when it comes to political intrigue. It is, after all, where Enoch Powell was an MP for almost a quarter of a century. It’s also home to the Michelin-rated Bilash restaurant, where a plot to overthrow Tony Blair was hatched. Or not, depending who you believe.

The good citizens of Wolverhampton are now waiting with bated breath to see if DLUHC HQ will actually open in their city. Perhaps some of them don’t really want people coming from London, pushing up housing prices and other costs. They might simply prefer the long-mooted, still-to-arrive Wetherspoons Museum, over the road from the real jewel in the city’s crown, the Grand Theatre.

All these are within a stone’s throw of the new department building and indeed the location of the first traffic lights. Not to mention the Britannia Hotel next door to the theatre where Afghan refugees have been temporarily housed. Let’s hope that the revamped department can come up with better suggestions for housing than putting people up in Britain’s dirtiest hotel chain.

The department building is also very handy for the train station which is currently being rebuilt and is thus without many amenities. Indeed, unless you take a short detour to the neighbouring bus station, there’s only an outdoor coffee stand on the way to the station. But this should all be ready for the DLUHC’s big move from London, scheduled for April 2022.

Perhaps the new station could include a nightclub for Mr Gove to throw his moves. If Wolverhampton is still as vibrant as it was in the 80s (when I was a student at the polytechnic), then there should be no shortage of places for him to strut his stuff. I may have been studying modern languages, but I still needed extra tuition in Yam Yam when venturing further into the Black Country for some faggits and gray pays.

Even if Mr Gove doesn’t do a U-turn to keep the DLUHC in London, it remains to be seen whether he will frequent Wolverhampton in the same way that his predecessor promised. It’s always possible that this appointment is a cunning plan by the Prime Minister to keep Gove well away from Westminster. But let’s not forget Mr Gove’s side hustle as Minister for Intergovernmental Relations. That might keep him out of the country, let alone out of London.

Making a real difference to places and people’s lives

That’s what the DLUHC’s website says. And if the move does lift the West Midlands from being one of the worst areas in the country to live in then it’s no bad thing. Perhaps it might also show people ‘from the south’ that there are other ways of living.

But if levelling up simply means higher house prices and costs with no benefit to most of the population, then what is the point of shuttling civil servants between Wolverhampton and London? For the sake of the country, let’s hope moving to Wolverhampton is the right – or should I say the Billy Wright – thing to do.