James I's great assembly came to many solutions to the great issues of the day, and could have modern implications. 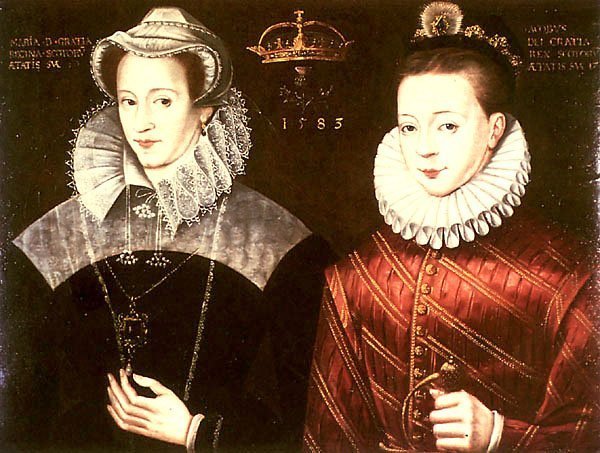 James I is in many ways a monarch you would not want to emulate, an absolutist tyrant who believed in witchcraft and the divine right of Kings. However, when he came to the throne he understood the need for renewal and radical change, the need for symbols of the new kingdom he wanted to build. In order to achieve this he called three great conferences to sort out three great questions, hoping to produce long-term solutions to England’s problems.

The first at Hampton court aimed to settle religion and as a result we now have the King James Bible. The second at Somerset House ended the war with Spain and aimed to produce a lasting peace. The third was a commission which aimed to try and create a union between England and Scotland. Of the three only the last one initially failed, although war and religious turmoil was never truly banished from the Kingdom, causing a headache for James’ successors.

Today we have got used to a very managerial political system: politicians only ever think about the next election. Caution and not rocking the boat is therefore built in. Sir Keir Starmer is routinely criticised for a lack of vision which will likely not win Labour the next election. Similarly Johnson can only offer the Scots a NO to a new referendum, not any competing idealistic alternative. Brexit itself was arguably a result of anger at the entrenched unchanging system as much as any annoyance with Brussels bureaucracy. One report highlights that working class anger has been seething for over thirty years for all sorts of reasons. The solution as we have now found out was not to leave the EU, with more pain being heaped on many of those who voted for it. The problem to begin with was that leave had a vision, the remain camp did not. It could only argue in transactional terms, something which fell on deaf ears.

What the political class needs to do is have the guts to cede some control and trust in the need for national renewal every couple of decades. Unlike the conferences of aristocrats of James I, what I propose is a great assembly, a coming together of ordinary members of the public and MPs from a range of political parties. This large citizens assembly would see a jury of let’s say 100 members of the public and perhaps another 100 MPs who mirrored the contemporary numbers in the House of Commons. Here they would consider the ‘big questions’ that will affect the country in four or five elections cycles, not just one. This could for instance include a final settlement with Europe, the need to change the British Constitution, the needs of the next industrial revolution and most pressingly at present, the union. It may be an idea to set-up a petition system to help order the issues that need to be debated.

These delegates would listen to experts and witnesses and together make a list of proposals that would be presented to parliament. Like citizens’ assemblies in Ireland, these arrangements tend to encourage a collegiate way of thinking, certainly when compared to the adversarial and reductive nature of referendums. Parliament would be obliged to adopt these proposals, and by having MPs involved, this would give them a stake in the system as well. It may even be possible to make them legally binding, by making these occasional assemblies another branch of parliament.

Due to expense and the need for the long-term approach, these assemblies would happen perhaps every two decades, but legislation would make them mandatory. This would give enough time to see the results of the first and enough time to reassess the current demands that may not have been anticipated. It would end bitter factionalising and culture wars and encourage consensus. If as a Remainer you were annoyed that Brexit had happened or as a monarchist you bemoaned the institution of a republic, you would know that before long you would be almost guaranteed another crack at the whip if your issue remained important in people’s minds. It would encourage experimentation: perhaps we could try a period of a decade with the complete decriminalisation of drugs. If you don’t like it the politicians and people can reassess later. At the moment this is one issue that politicians won’t touch for fear that it will cost them votes at the next immediate election, another problem of the dull and pondering managerial system. If somehow an issue turned out to be horribly unpopular in between, a win at a general election (almost certainly under a sensible PR system) could perhaps trump the assembly’s proposals.

These are at the moment just grand ideas, and certainly more citizens assemblies in general would perhaps lead to some meaningful change and tangible benefits that people in Stockport, Plymouth and Glasgow could feel on the ground. Either way we cannot carry on as now with no vision, idealism or grand narrative, or merely just weak shadows of them. In the wake of COVID-19 the evidence shows that only 12% of people want things to ‘return to normal’. Perhaps we first need to work out what this new society we want to build is and like James I actually get people to think about the big picture, meaningful change that could lead to a radical renewal of the way we do things.