Richard Hall speaks to farmer Andrew Ward about how farmers are changing their views about Brexit due to broken farming promises. 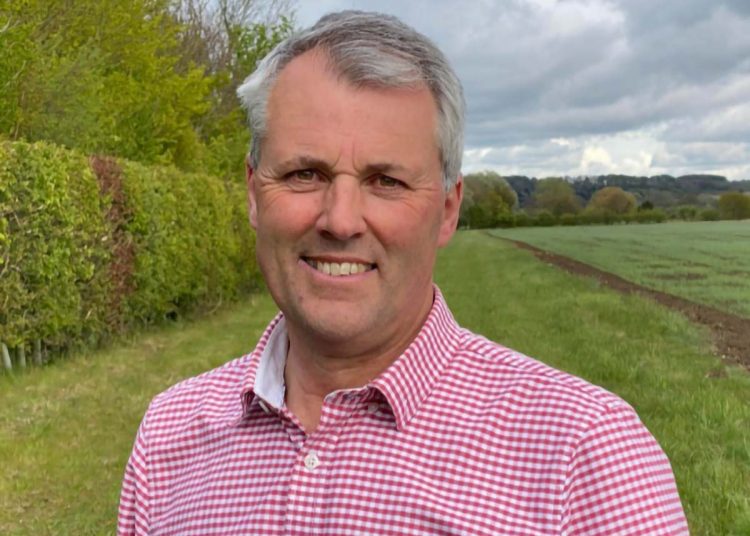 Andrew Ward farms around 650 hectares in Lincolnshire, specialising in arable crops. He’s  successful and influential. In 2008, he was named the Farmers’ Weekly Arable Farmer of the Year and in 2014 gained an MBE for Services to Agriculture after he set up Forage Aid in 2013, to help livestock farmers affected by bad weather.

Farmers across the Midlands are losing faith in the government

On Christmas Eve he took to Twitter to complain about the government breaking a promise to his industry – and to sugar beet farmers particularly – on food standards and the plant protection products (PPP) that can be used, which he said would put him and farmers like him at a disadvantage. It’s not the first time Mr Ward has vented his feelings about the way farmers are being treated by the government.

In May 2020, he told the Lincolnshire Echo he was very unhappy about broken promises over the Agriculture Bill when he said MPs gave assurances that food standards would be maintained – specifically for oilseed rape – only to renege on them.

What makes his complaint most interesting is that it came a week after the North Shropshire by-election which saw a 23,000 Conservative majority swept away by the Liberal Democrat candidate, Helen Morgan. North Shropshire is, like Lincolnshire, a rural part of England which regularly votes Conservative but in the aftermath of the result it emerged that the farming community in the constituency were just as disgusted at the government’s attitudes towards the industry as Mr Ward, and saw the opportunity to take revenge.

In the conversation that followed his original tweet, it started to become clear that Lincolnshire farmers now also had a very poor view of the way they were being treated by the government.

Intrigued by these comments, I spoke to Mr Ward, to try and understand more clearly what the mood of the farming community was now like. From what he told me it appears that something has changed fundamentally. The Farmers Weekly reported support for the government slumping significantly; and when you look into the possible reasons, it becomes clear that the industry is now facing something close to an existential crisis.

Mr Ward referred to an email that was leaked at the start of 2020, in which a senior government advisor questioned the need for farmers and food production in the UK. If that looks grim, just last month the Prime Minister said that farmers could not be expected to continue with business models which, in his words, have “held Britain back.” Put those two statements together and you can begin to see that when Mr Ward told me, “the government is doing massive damage to farming,” he wasn’t exaggerating.

After the UK left the EU, farmers were promised the Basic Payments Scheme (BPS) which replaced the Common Agricultural Policy (CAP) would continue. Under the BPS, farmers were paid for the crops they grow rather than the land they farmed.

Under the new scheme, government emphasis is on ‘public money for public goods.’ Central to this is the idea that “farmers and other land managers will be paid for delivering (primarily) environmental benefits rather than the amount of land they farm”, (crops they grow) with “initiatives to increase biodiversity, restore landscapes, promote animal welfare and increase productivity through investment in new equipment and technology.” the Institute for Government reports.  Just this week, the government released more details of this idea.

The Basic Payments Scheme (BPS) is being phased out gradually though and will be gone totally by 2027. According to Mr Ward, the details of its replacement – the Sustainable Farming Incentive (SFI) – aren’t finally decided. This lack of clarity means rising costs aren’t being covered by income and farmers cannot plan for the future.

Mr Ward gave three examples – fertilizer up 300% (nitrogen alone had gone up from £200 a tonne to £640), while fuel and some PPP have doubled. With DEFRA offering incentives to farmers to leave the industry, the problems for pig farmers over the shortage of abattoir workers and the way DEFRA has failed to respond to any of the lobbying Mr Ward says has been done, it starts to look very much as though the government really does intend to sell farmers down the river.

What about the consequences of these policies? It appears some farmers in all sectors are already cutting back on their plans for 2022. This would surely result in even less food being produced, a startling position to be in for a country that is only 60% food secure. Would direct action work?

Mr Ward told me farmers were in a unique position to highlight the plight of their industry but he wondered whether the public would support direct action and such actions are not welcomed by the National Farmers Union (NFU).

The public view is important. The government’s approach seems driven by their determination to secure trade – especially food – deals with non-EU countries, no matter what the cost to the environment or the way food is produced. Recent surveys show that there is wide support for UK farming and the high food standards people are used to, so the question is whether people will tolerate reduced standards.

Like North Shropshire, people in Lincolnshire voted to leave the EU. Increasingly they are seeing that the sunlit uplands that were promised are a long way from materialising – witness their complaints about the state of their road network because of a lack of government support.

Suppose therefore Lincolnshire farmers follow the example of their colleagues in North Shropshire. Mr Ward and some of his colleagues say they won’t vote Conservative again. Suppose the public continues to be revolted by the sleaze evident in the government. We may be at the start of something genuinely significant politically come the next round of elections.