“Britain may not be perfect but at least we’re not as bad as the US.” Is this really great when we are talking about deaths? 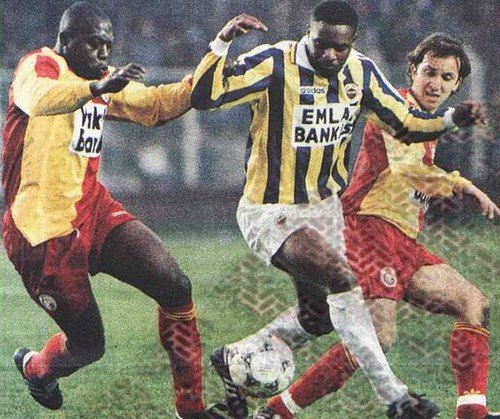 Last year in Minneapolis, a black man was killed by a white US police officer. Two weeks ago, officer Derek Chauvin was convicted of the murder of George Floyd in a landmark court case that was reported around the world and hailed by the US president himself as a “giant step forward” against systemic racism .

On this side of the pond, this killing prompted an upsurge in the Black Lives Matter movement and a more general examination of life in the UK as experienced by its citizens of colour. One of the prevailing sentiments was a sense of relief. “Britain may not be perfect but at least we’re not as bad as the US.”

This week, two police officers are standing trial at Birmingham Crown Court for the murder, manslaughter and actual bodily harm of professional footballer Dalian Atkinson. Atkinson, 48 years old at the time of his death, had played for several clubs, most notably Aston Villa with whom he won the Football League Cup in 1994.

In August 2016, the two West Mercia police officers attended a house in Telford, where Atkinson’s father lived. Atkinson himself was outside the house and in a bad way – erratic and irrational, ranting aggressively. PC Monk tasered Atkinson twice to little effect. He tasered him again and this time Atkinson went down. The third taser deployment is alleged to have gone on for 33 seconds, continuing even after Atkinson had collapsed. Monk went on to kick the unresponsive man. A neighbour who witnessed the events described the assault as, “similar to the sort of kick that would have been required to move a ball upfield with significant force.”

PC Monk delivered at least two kicks to Atkinson’s forehead with enough force to imprint the pattern of the laces from the top of his boot in two separate places. When additional officers arrived, Monk had his right foot resting on Atkinson’s head. The other officer in the case, PC Bettley-Smith, is alleged to have struck Atkinson with a baton while he was unresponsive on the ground. After an hour of such treatment, Atkinson was dead.

The pathologists and intensive care expert instructed by the prosecution agree that while he had significant underlying health conditions, were it not for the third taser deployment and the kicks to his head, Atkinson would not have died that night.

The fatal shooting of UK citizens by the police is still mercifully rare. But not all deaths are caused by guns. In 2018-2019, for example, while three people in England and Wales were fatally shot by a police officer, a total of 276 people died either as a result of police action or in police custody.

The death of Dalian Atkinson is no doubt filed under ‘other’. It seems to me that we have little room for self-congratulation.