The citizens who stayed

My Polish postman is courteous, friendly and helpful. I have often wondered what his impressions are of life in the UK. 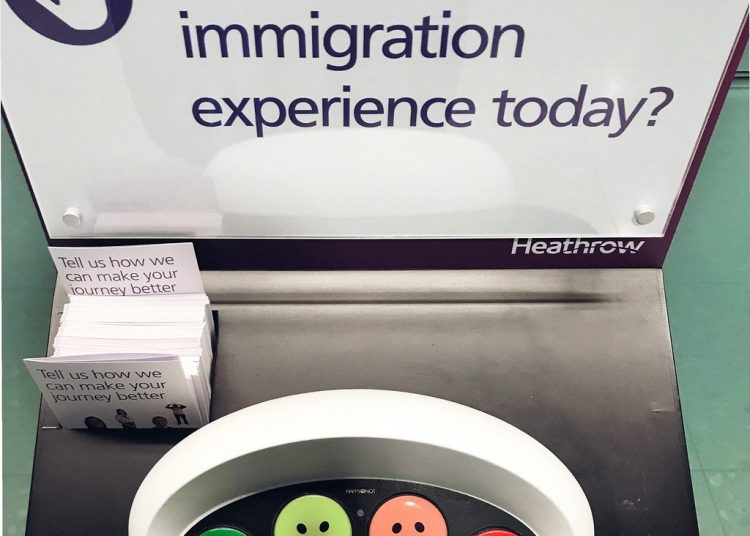 "Heathrow Border Control" by Ungry Young Man is licensed under CC BY 2.0

I am lucky enough here in Derbyshire to have my post delivered by someone who came to England from Poland in 2005. He is courteous, friendly and helpful. I have often wondered what his impressions are of life in the UK, especially how he had been impacted by the Brexit experience.

I asked him if he would be willing to answer a few questions and after a pause he obligingly said, ‘Yes, why not?’. After this, I thought it might be even more interesting to compare his experience with that of other EU citizens living in the Midlands. People could answer verbally or in writing. I found that people generally wanted to talk rather than write about their situation. At the time, I had no idea that it would prove very difficult to find some, let alone those willing or able to answer my questions.

Most of the ‘British natives’ I know in Derbyshire do not know any EU citizens living locally. I started getting desperate and found myself talking to an Italian woman at a supermarket cash desk. I asked about employees in a local hotel and I asked our plumber. When I asked people working in the NHS in Northamptonshire and Warwickshire, I heard that most EU workers had returned to Europe and hospitals are trying to make up the gap by recruiting from India and Africa. I understood that after a hard working day it was quite a lot to ask of someone to give up their free time to answer my questions when they didn’t even know me.

Eventually, I ended up with enough information to make some cautious conclusions about what life in this part of the UK has been like for some EU citizens who have settled here. I managed to get some information from three Germans, two Poles, a Spaniard and an Italian. This is not a scientific study – the people were selected simply by being available and willing to answer questions. Probably these people were unusual, they were very helpful and they wanted their experiences recorded. All but one wanted their names kept anonymous.

The information I found most striking was that none of my interviewees had experienced any hostility. Some of them had strong accents and others spoke perfect English but all of them said the same thing. As I myself had experienced hostility and bubbling aggression when leafleting in Derbyshire against Brexit and then for a second referendum I was really taken aback.

Some of my interviewees said they found English people polite and friendly. One of them said that they tended to mix with like-minded people who are open and internationalist. The customer-facing interviewees who have no choice about who they meet said that they too had not encountered hostility.  Some said that they found British people more open, multi-cultural and internationalist than the people in their home countries. A slight caveat was the media. The tabloid press in particular was perceived as hostile and left some of my EU citizens feeling insecure and unwelcome.

In other ways my interviewees were diverse: some of them saw the UK as more politically tolerant than their home country and that was an attraction. Others, the Germans in particular, were giving up a higher standard of living and a higher quality health system in order to stay in the UK.  Some of the Germans thought that everyday life was more stressful here. But it was clear that they had all developed strong ties to our country. Once you’ve lived a certain number of years here and feel integrated, it’s hard to move back again. If you are married to a UK citizen, if your children were born here and go to school, it’s a big disruption to contemplate leaving the UK. All these EU citizens now have strong personal ties here. Most of them live in a family setting and others have strong ties of family and friendship in the UK.

Some of these EU citizens have dual citizenship and none of them had experienced problems getting settled status. There was one complaint about the long wait for settled status after filling in the form. Guardian readers may have read this article about a study of EU nationals which revealed their concerns about the future and lack of confidence in public institutions to uphold their rights. This on-line survey got information from 3000 citizens from all over the UK and paints a more  pessimistic picture than the one I got, but it was asking different questions.

The EU citizens I spoke to have strong reasons to carry on living here. They are not staying because of the standard of living, they are staying because they now feel they belong here. They have a wide range of occupations: postman, pharmacist, teacher, IT worker, supermarket worker, pensioner, music business worker.

Let’s hope that they carry on living here – they struck me as exceptional people, intelligent,  friendly, hard working and an asset to our country. Our Lent parish newsletter sent to everyone in our village said that our postman (from Poland) was one of the things we should all be thankful for.

I would be very interested to hear from any European readers of this article about their experiences here.