The labour party needs a complete transformation, like the Blair/Brown years if it is ever to govern again. 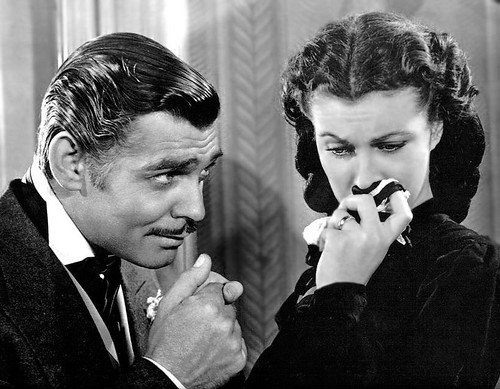 Five years later that Labour Party has been completely transformed, and in 1997 Tony Blair led them to an absolutely spectacular victory, turning the deficit into a Labour majority of 179 seats. It was the greatest win in the party’s history.

They achieved this by doing something which politicians spend a lot of time talking about but are not particularly famed for: they listened to the people. Not just the party membership, not just the unions, but the people who actually vote; and they learned that you must root your politics where the people are, talking to them about issues which actually matter to them, presenting a vision of a better future for them and their families. They didn’t spend forever whining about media bias, they factored it into their campaign, and in some cases even got the media onboard.

And they captured the hearts and minds of young and old alike, not just holding the red heartlands, but taking their fight into the Tory shires, and winning there too. Blair would go on to lead his Labour party to three immense victories at the ballot box, and his Government did some excellent work, including the Good Friday Agreement which ended the tragic period known as ‘The Troubles’ in Northern Ireland. (Yes, I know about Iraq. That was a mistake, but it does not nullify all the achievements of a great period in politics).

All that seems a very long time ago now. Labour have once again suffered four general election defeats, the last one being the most catastrophic since 1935.  Just this week they have endured desperately poor results in the local and county elections, as well as losing a seat that they had held for fifty-seven years.

The current Labour leader, Sir Keir Starmer, is a razor sharp lawyer and a respected, principled, and intelligent man whom people describe as someone they could see as prime minister.

However, it is crystal clear from the recent results that Labour are not ‘winning the argument’. They are not winning anything. And the message could not be clearer – they need to do something different to re-engage with the British people.

I first joined the Labour party in my late teens and was involved with the zealots of the old ‘Militant Tendency’. In the early eighties, I drifted away and did even more revolutionary things like getting married and having kids! But I never lost my love of politics and watched aghast from the sidelines as Labour dropped the ball, wrote the longest suicide note in history, and languished in opposition against Margaret Thatcher’s imperious Conservatives.

After an absence of some 35 years I rejoined Labour on the 70th Anniversary of Victory in Europe (VE) Day: May 8th, 2015. The day after we had lost the second of these last four elections. I came back because I watched the then prime minister and other party leaders on television laying wreaths at the cenotaph, and I knew that our veterans (God bless their memory), fought for something better than a nation where the richest 12 people had more than the poorest 12.6 million people, and where a million of those were queuing at food banks.

So I came to join the fight for a better world with a party winning the hearts and minds of the people, and going on to form a Government committed to real change and social justice. But we cannot achieve that if we constantly endure defeat, after defeat, followed by impending defeat. And that unfortunately, is what will happen if we are seen as nothing more than an impotent pressure group spending its entire time in opposition shouting at the Conservatives.

There are of course, many reasons for the extremely disappointing results for the Labour party this week. In many ways, they may be an ‘aftershock’ from the general election defeat in 2019. That, and a feeling of buoyancy among people as we recover from the pandemic, may be contributory factors. But above all, we in the Labour movement have to take a long, hard look in the mirror. A Labour MP speaking on LBC recently said that while people see Starmer as a potential prime minister, they perceive Labour as a party of “student protest” rather than offering credible policies for themselves and their families.

How in God’s name the people of a place like Hartlepool can think a Tory landowner will have their interests at heart utterly perplexes me, but they did, and again it says more about us than it does about our opponents. It also confirms a view I have very long held, that there is no such thing as a ‘safe seat’, there never was, and the expression in my view is actually disrespectful to the electorate.

As the inquest now begins on our desperate performance last Thursday, the far left of the party will attack the Leader, the right-wing media, the ‘traitors’ in our ranks who betrayed the great Jeremy Corbyn and of course… the ‘Blairites’, always ready to demonize the one Labour leader in the last seven who actually knew how to win elections. Meanwhile the Conservatives will continue to be in power.

In my favourite movie there is a line of dialogue which goes:

“The Cause. The Cause of living in the past is dying right in front of us.”[1]

That line should perhaps be delivered at Constituency Labour party meetings to put events into perspective for those who still prefer some kind of ideological purity to actually winning elections. The old political landscape is shifting beneath us. What happened in England this week may have been an ‘aftershock’, what happens in Scotland could yet be seismic, but whatever happens next the Labour movement has to wake up to the fact that we are living in a very different world. If we want to shape that world positively we have to stop fighting battles that are long since past, listen to the aspirations of tomorrow’s people, and show that we are the ones to make those aspirations a reality…