Once a jewel in Britain’s heritage crown, thanks to Covid and ham-fisted local administration Stratford is slowly becoming a wasteland 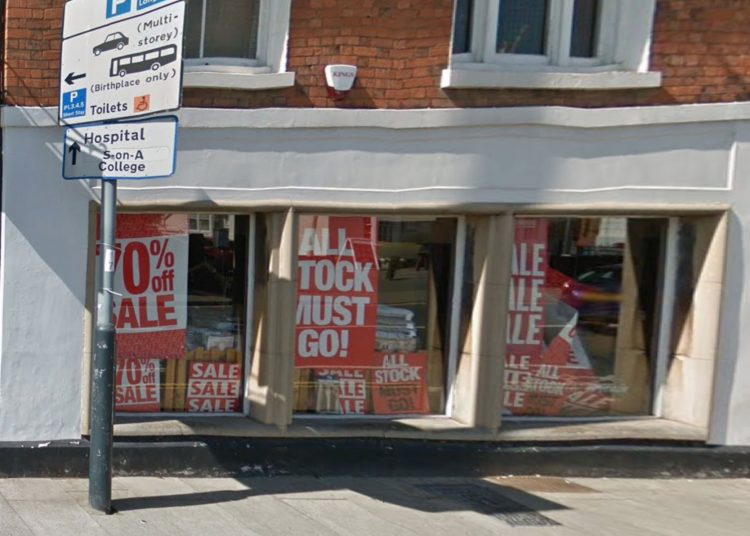 Once one of the jewels in Britain’s heritage crown, thanks to a combination of Covid and ham-fisted local administration Stratford upon Avon is slowly becoming a wasteland of empty shops and unfulfilled promise.

The centre of the town, comprising four main shopping streets, is now home to over 40 empty premises, with a particularly large retail hole opening in the past year with the demise of Debenhams. The site of the latter is now seemingly set to become home to another vast hotel, despite the demise of neighbouring retail units and another nail in the coffin of the town’s once thriving network of homey B&B’s.

Meanwhile, other vast retail sites that were previously home to big names such as BHS and Mothercare remain a terminally vacant reminder of more profitable times. Now a haven for charity and coffee shops, the town has felt the bite of Covid more than most and has been left horribly exposed. The lack of any viable alternative revenue streams has meant that the removal of tourist income, estimated three years ago at over £230m has led to claims that the town’s local government, having grown lazy after years of easy tourist pickings, has now been found wanting in the face of the crisis.

For the avoidance of any doubt, ‘crisis’ is not an exaggeration. The town’s food bank reported a 41% increase in demand in 2020, with a 50% increase in children’s parcels.

Few of the interesting ‘high end’ shops that one would expect to find in a town like Stratford have persevered in the face of adversity. Recently, Jaeger closed down for good, cheese lovers’ temple Paxton and Whitfield have pulled down their shutters for the last time and swanky skin product vendor L’Occitane barely lasted a few years, while Crabtree and Evelyn found the going too tough at their prime town centre site. Only Jo Malone continues to fly the flag for the aspirational shopper.

Whilst flushed with the success of his role in the NHS’s national vaccine rollout, the town’s MP Nadhim Zahawi recently spent a sizeable portion of an interview with the local paper extolling the virtues of tourism in regenerating the town, with nary a mention of any alternative ideas for revenue streams necessary to negate any unforeseen future shocks that may stifle its economic input.

Questions are now being asked about the District Council’s allocation of monies from the government’s Covid alleviation grants. In December 2020 the council received over £2.6m from the fund yet there is very little evidence to suggest an upturn in businesses’ fortunes is imminent. Indeed, the District Council’s answer to boosting retail attraction seems to consist primarily of applying to expand a town centre open market.

So, while central hospitality businesses have been sitting on their hands for months on end, they have had to look on enviously while traders from out of town set up stalls selling everything from food and drink to ‘artisan’ products. Even more galling for locals is the fact that it seems the council may have been levying rent for over a decade from market stall holders on some land that isn’t even theirs!

Among the more telling sentences in her excoriating take on Stratford 15 years ago, Germaine Greer noted that ‘ the city (sic) authorities make visitors pay through the nose for parking day and night’. Some things never change. Stratford District Council’s response to a multi-million pound deficit? Raise both on and off street parking charges to eye watering levels and, despite already being home to over 2800 spaces, bulldoze a large section of an invaluable local wildlife site (only three years ago designated Local Green Space and supposedly ‘protected’ as such in the town’s Neighbourhood Plan ) to fashion another large out-of-town car park while another underused car park of 550 spaces a mere 400 yards further along the same road lies largely empty. This despite woeful planning leaving a Park and Ride car park on another edge of the town barely used because no thought was given to a bus lane from it to the town centre, and another closing through lack of use barely a year after opening.

Locals are understandably up in arms with over 2000 signing a petition against the proposed new car park, although the feeling is that the council, despite spending £300k of taxpayers’ money that it can barely afford, is obstinately convinced of the need for it without presenting any compelling evidence. Officers unconvincingly parroting the platitude that it will ‘improve the offer’ in the town. Now, despite the consultation period for the proposals closing on January 31st, the promoters have thrown in another large set of ideas for the town’s much-valued recreation ground without giving the public ample opportunity to comment.

The much-vaunted new car park is part of a project cobbled together in double quick time last summer so that the council could avail itself of funds from the government’s Getting Building Fund. Asking for ‘shovel ready’ projects, the funds were disseminated by the Coventry and Warwickshire Local Enterprise Partnership (CWLEP).

With Stratford District Council’s Leader (Cllr Tony Jefferson) on the board of the CWLEP, he was well placed to ensure his organisation were at the head of the queue for the monies and, despite assembling a bid in just a few days, crowed noisily when £1.5m was awarded to a scheme to ‘develop’ the wildlife-rich riverside space, including the new car park, a mile out of the town centre. To date no analysis has been produced that this will provide any notable salving of the woes of town centre businesses, and no evidence of need for further out of town parking has been forthcoming.

Town centre businesses, already on their knees, were aghast. Where was the desperate help they needed to kick start post Covid regeneration? Or the immediate assistance they required to see them through the darkest times of lockdown. Perhaps it would come when the district council applied for the Towns Fund?

Nearby Royal Leamington Spa lodged a convincing bid for funds from that pot, and the result was £10m to attach the jump leads to their local economy. Stratford? Nothing. Zilch.Nada. Why? Simply because the District Council did not even bother to apply! No reason given.

The riverside project has not only provoked a scornful response from local residents, but esteemed national organisations such as the Campaign to Protect Rural England (CPRE) and the People’s Trust for Endangered Species (PTES) have joined a host of local groups to condemn the plans as endangering both rare species including otters and water voles and several ‘red list’ bird species, but also potentially compromising the area’s value as a flood plain that alleviates flooding risks further downstream in the beleaguered town centre.

So, on the riverside where it’s quite likely that the celebrated Bard may have wandered while he mused over his greatest works, wildlife looks set to be moved on in favour of a car park.