6 May was an important day for both the people of Derby and the state of the planet. 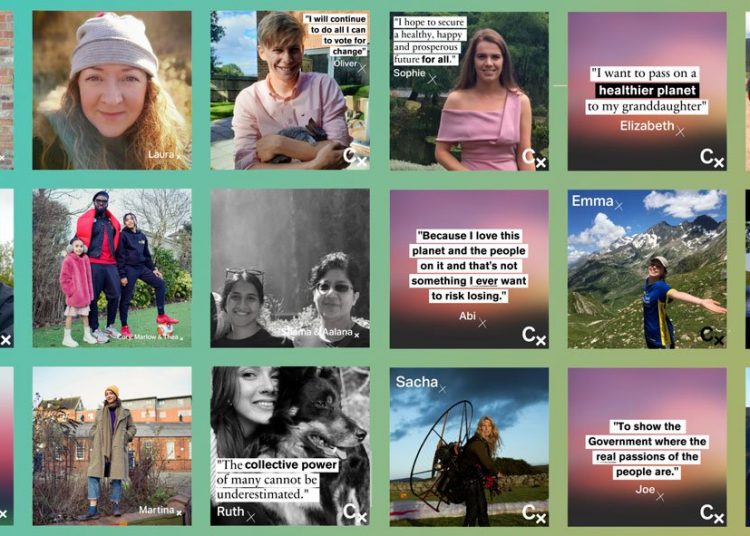 May 6 was an important day for both the people of Derby and the state of the planet. The residents were heading to the polling booths to put a cross next to their candidate of choice in the local council elections.

For the charity organisation, ‘The Commitment’, this was the culmination of four months of community engagement, providing the electorate of Derby with the potential to have their voices heard regarding climate change and loss of nature.

Their feelings, messages, and concerns were taken to the council candidates along with the declaration, a ‘Commitment’ that each and every vote would be made with a healthy planet at the core of the decision. A unique way to raise environmental concerns further up the political agenda, and one which has been gaining support across Britain.

The project started in early 2019 when The Commitment conducted its first piece of research that highlighted a widespread public appetite for government action on climate change. The organisation has evolved and since the start of the year, the focus was on the May 2021 elections in the West Midlands (Mayoral elections), the Dumbarton constituency (Scottish Parliamentary elections) and of course, here in Derby (local council elections).

In Derby, the focus was on the four wards of Derwent, Chaddesden, Mackworth, and Boulton as all had a narrow margin of success in previous election results, meaning Commitments here would have a powerful influence and impact on candidates.

A structured and effective strategy via direct engagement and social media aimed to ensure that as many people as possible were approached and offered the opportunity to take part. The Commitment sought to meet with the candidates who were standing for office in all areas.

Those who were reached generally responded warmly to the unique approach. Indeed, interest was expressed in a positive and non-confrontational engagement with politicians from all parties. This differs from many other organisations in the sector who ask candidates to agree to specific policy asks.

At the close of ballots on 6 May, over 2,300 people had not only voted for their chosen candidate, they had also made a commitment to ensure that nature was at the core of their decision. Via the work of The Commitment, politicians can see the extent of concern, and it is now their turn to commit to a future where the planet takes centre stage.

To learn more about the work of The Commitment visit www.thecommitment.uk/about