Nothing has highlighted sheep farming more than the public current discussion of the proposed Australia deal. These are a few personal thoughts, from a very small-scale lowland lamb producer in the Midlands. 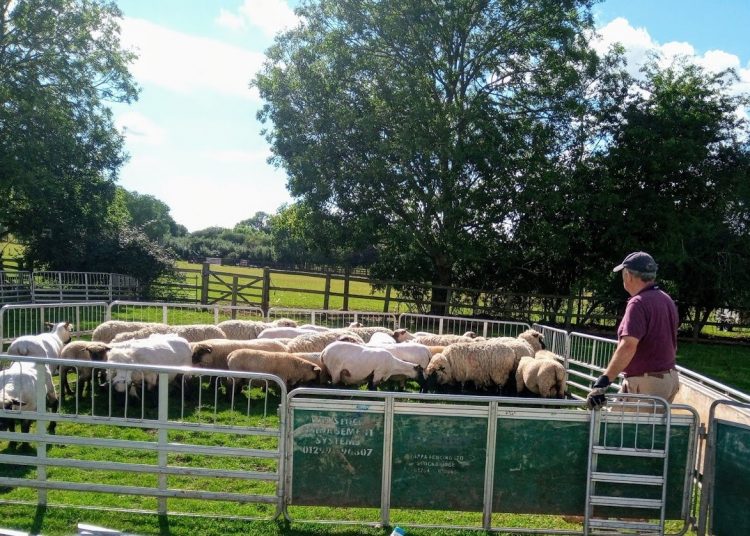 Sheep farming has had a higher profile in the last two years than for decades. Brexit negotiations and HMG’s increasingly frantic attempts to justify its ditching of 40 year-old, highly beneficial trade agreements have brought it to the front. Nothing has highlighted sheep farming more than the public current discussion of the proposed Australia deal. These are a few personal thoughts, from a very small-scale lowland lamb producer in the Midlands.

Discussion of ‘the sheep sector’ inevitably suggests a homogeneity that doesn’t really exist. Yes, from very small lowland producers like me to relatively huge operations, our product is sheep meat (mainly lamb, though a little mutton still) but there’s a world of difference between sheep farming in the uplands of Wales, Scotland and England than the lowlands. Climate and terrain make it so.

The least mention of a threat to sheep farming brings a prompt defence from the Welsh and Scottish administrations, though there’s invariably a resounding silence from London on behalf of English producers. It’s as if we don’t exist. Not that apple farmer George, Environment Secretary Eustice knows anything about sheep farming. He recently shrugged off threats by saying sheep farmers can easily switch to beef production. Climate and terrain, George, climate and terrain. And capital investment. Anyway, wouldn’t that lead to over-production of beef?

The relative value of sheep farming to the Welsh and Scottish economies is much greater than to the English and, though the case for them is the same, the upland sheep farmers of England get ignored. But any consideration of the present and future of sheep farming must start with the premise that for many of its participants, the aforementioned climate and terrain mean that without sheep, there ain’t no farming. I enjoy asking the ‘Grow it in Britain’ lobby how they propose replacing sheep farming in the Pennines with avocado or banana plantations.

Sheep farming has done very well out of the EU, and Brexit represented the derailment of the gravy train. Any plan for its replacement is beset with problems. The UK is the largest lamb producer in Europe, followed by Spain. We’re located just a Channel’s width away from markets eager to import our product and pay well for it. Taking into account the euro/pound exchange rate, sales to Europe have paid better than domestic sales, and the strength of demand in Europe for our lamb has kept British sheep farming afloat for decades. As a result, while domestic consumption has declined steadily, UK lamb production has remained firm.

Interestingly, the farm-gate price of lamb has been at a record level in 2021. Being an eternal pessimist, I anticipated a Brexit so hard it would introduce tariffs. The industry view was that this would increase the delivered price of lamb to European customers by £40 a head (animal) and price us out of the market, so I sold my last 2020 lambs by mid-December, even though I could have kept them a little longer. In the event, lamb exports remain tariff-free, so the Europe market is still available. As I was far from alone in selling in 2020, there’s been a shortage since, and the price has been exceptional. Add to that a spring Ramadan, traditionally an occasion of high demand for lamb, and the deadweight price comfortably passed £6 a kilo this year. I was glad of £4.50 in December.

I don’t need to tell you that lamb is a high-priced meat, even though margins are small, and domestic demand is inadequate to keep GB sheep faming going on the current scale. It’s also fairly seasonal, because most breeds of sheep will only lamb in the spring. Until relatively recently, New Zealand imports both ironed out the seasonality of lamb and provided a less-expensive source for the consumer, but the recent growth in demand from China is drawing more NZ lamb there, and away from the UK, and that is unlikely to change.

The New Zealanders know, as some people here apparently don’t, that it makes sense to trade with near neighbours, especially with a product both highly perishable and expensive to transport. Compare and contrast with Useless Eustice (yes, him again), who told sheep farmers to forget France and Germany, and to look for new markets in the USA and Saudi Arabia, at the same time as NZ is developing markets much closer than before.  Duh…

If farm wages are similar in NZ and Australia than in the UK, how can their costs of production be lower? The answer is economies of scale, which means the number of sheep per shepherd.  In New Zealand, there are around 5,600 sheep per worker on average in 2020. I doubt it’s much different in Australia. And, trust me, one man cannot provide humane care to 5,600 sheep. That’s why they carry a gun at lambing time. Nobody has time to attend to a difficult birth.

There was a strong outcry last week against the proposed Australian agreements from Wales and Scotland, on behalf of their sheep farmers, and properly so. Nonetheless, I confess I’m less concerned now than I was. The unprecedented public discussion of the UK negotiating position has led to a suggestion that HMG will propose a fifteen year progress to tariff-free trade in lamb. Fifteen years is a very long time in a world changing as rapidly as this is. I am confident that by 2036 a number of factors will have conspired to find Australia easier and nearer pickings than the UK.

First, China. If current trends continue, the demand from China for red meat will continue to provide both NZ and Australia with a market bigger, more voracious, more generous and, importantly, closer than the UK, half a world away. Because, second, the universal efforts to reduce carbon dioxide production must at some time make long-distance transport of refrigerated carcasses more expensive, perhaps prohibitively so. And third, the shortage of water in parts of Australia may well reduce the extent of sheep farming.

So, to use the well-worn phrase, don’t panic. Not yet.