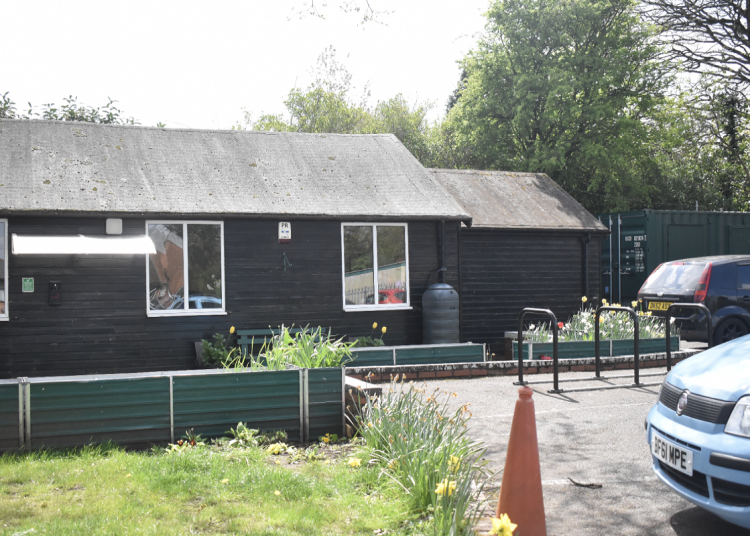 On Saturday 14 May, residents flocked to Allens Cross Community Centre for the grand opening of St Bart’s Community Pantry. After months of work setting up the pantry, and six weeks of initial operations, the event saw the whole community come together, with over two hundred people visiting.

The event was a bustle of activity: volunteers were providing refreshments, including home-made pizzas baked in the Community Centre’s 700°C oven. Plants bred in Allens Cross’ Community Garden were being sold, and volunteers were providing face-painting and storytelling. Meanwhile, entertainment was provided both by a local clarinet quartet, and by the Latin group Babock Djazz.

The impact of St Bart’s

I spoke with several residents who were already subscribed to the pantry, which offers residents food parcels worth up to £20 for just £5 a week. One resident, who wished to remain anonymous, had nothing but praise for the work of the pantry:

“This couldn’t have come at a better time for me, and for lots of people I know. Our food and gas bills have been going through the roof, and to know that I can get quality food this cheap…it’s been a lifeline.”

For many people I spoke with the pantry was quickly shaping up to be a vital community spacel. Arthur Harris, Chairman of Allens Cross Community Association, noted that since the start of the covid pandemic many similar community groups had disappeared or greatly reduced their activity, such as the local bingo group and mother and toddler daycare. In offering a place of welcome, cooking classes, and even expanding to children’s arts classes, the pantry was quickly filling in the gaps in community life across Allens Cross.

What you can do

However, there is still plenty that residents can do. The pantry has had a huge influx of new volunteers recently. More volunteers will mean that it can open for longer and extend its days of opening from the Friday and Saturday currently on offer. With increased uptake, the pantry is looking to expand its infrastructure, with more fridges and transport for wheelchair users. Any help in these areas would be hugely appreciated.

A check-in with the new councillor for Allens Cross

While I was there I had the chance to catch up with Jack Deakin, the recently elected councillor for Allens Cross. Deakin was there with colleagues Alex Aitken and Kirsten Kurt-Elli and had just come from a meeting of Birmingham City Council’s Labour councillors, where council leader Ian Ward had seen off two fierce leadership challenges.

Barely a week into the job, Deakin was keen to follow through on election promises, identifying fly-tipping hot-spots in the ward, mapping and connecting community organisations in Allens Cross, and rolling out a programme of door-knocking residents to discuss issues and identify casework. With the cost of living crisis biting, and unemployment on the rise across Birmingham, he was eager to keep on top of any issues, and play his part in tackling deprivation in the ward.

One priority which he had, looking ahead, was making sure that Allens Cross felt a lasting legacy from the Commonwealth Games, starting in two months time:

“People here, so far out of the city centre, aren’t feeling the benefits of the billions being spent on the games. We need to make sure that organisations set up during the games don’t disappear, and that there’s a lasting legacy for Allens Cross.”

One new funding partner for the community pantry is the supermarket chain Sainsbury’s. Paul Knox, community champion at Sainsbury’s Northfield superstore, warmly praised the work of the pantry in not just providing food for those most at need, but offering classes on how to prepare budget meals, and limit prep costs on heat and electricity. To help with this, Sainsbury’s has provided both a £500 fund to help provide slow cookers for cooking classes, and a further £500 from discretionary spending. The event as a whole was a triumph for the community. Huge credit goes to Teresa Hussey, the pantry’s coordinator, Mandy Scott-Morgan, centre manager at Allens Cross Community Centre, and the host of volunteers who made the opening possible. With an increasingly active community, and bold and creative leadership, a bright future is in store for Allens Cross.

Boris Johnson won't remove himself – we all have to help