Farmers in Lincolnshire are being badly affected by broken supply chains. Brexit has led to a shortage of seasonal workers and lorry drivers. 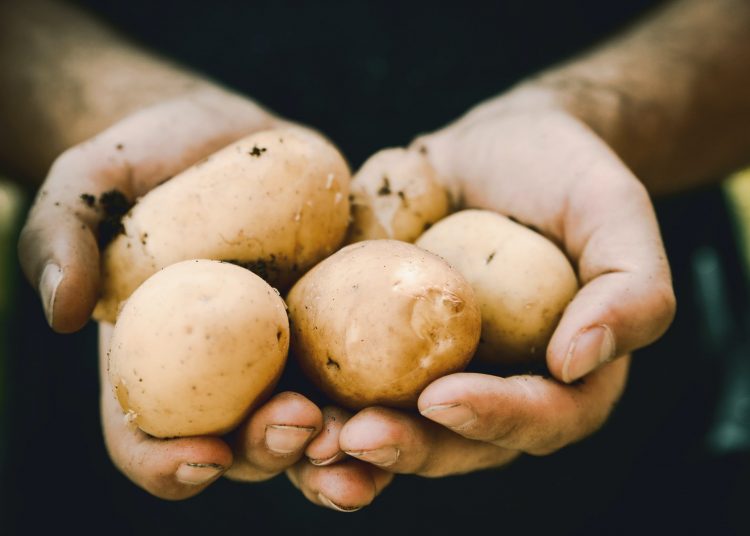 Super spud in South Holland, Photo by JESHOOTS.COM on Unsplash

Lincolnshire is a proud county. It’s cathedral, for two hundred years, was the tallest building in the world. In 1943, Guy Gibson and his Dambusters took off from RAF Scampton, one of Lincolnshire’s 49 airfields. One third of the UK’s fresh produce is grown in Lincolnshire.

These days, it is also famous for being the most Brexity place in the UK. Forget the cursèd 52-48 ratio. In 2016, Leave voters in the county outnumbered Remainers by two to one. The constituency of South Holland and the Deepings exceeded even that – its Leave vote hit 74%. The local MP, arch-Brexiter Sir John Hayes, regularly cheered for a no deal Brexit, claiming it would “signpost the route to new choices and new chances.”

New choices certainly. The new chances for his constituents are, as yet, less clearly defined.

Like much of Lincolnshire, South Holland is an agricultural area. Such a successful agricultural area that it is at the forefront of UK research into potatoes. A lot of local employment is tied to agriculture and the supply chain that goes with it: farming, harvesting, packing, storage and logistics. Break any one of these links and everything grinds to a halt.

This year’s harvest is the first since we effectively left the EU in January. It’s not going well. The local paper, Spalding Today, reports widespread difficulties. There are not enough people to harvest the crops nor enough drivers to take any harvested produce away. This is a nuisance for consumers like me. But it is a matter of life and death for those in the industry. This is their livelihood. Rotting crops and stalled trucks do not earn anybody any money.

Why are there not enough people? What has suddenly happened that South Holland’s farmers cannot get the harvest in?

At least two links of the agricultural supply chain in Lincolnshire have, for decades, been strengthened by workers from the EU. These two links have been wrenched apart.

The first is logistics. The Road Haulage Association (RHA) says that, prior to the pandemic, 60,000 HGV drivers in the UK were from EU countries. A combination of Covid and Brexit means that thousands of these drivers have left the UK. The industry reckons it lost 20,000 drivers almost overnight, a loss it describes as a ‘body blow’.

The second broken link is crop and spud picking. The UK agriculture and horticulture industries employ about 80,000 seasonal workers every year. Prior to Brexit, as many as 99 per cent of these workers came from the EU. Since Brexit, the government has allocated only 25,000 visas for EU citizens to come and pick crops.

Simon Naylor, a farmer in Moulton Seas End, has tried to get visas for his regular team of workers from Poland but he can’t. The South Holland area is short of 1000 workers across the board and at least 100 lorry drivers. In the opinion of Mr Naylor, “It’s all down to Brexit.”

Please Sir, can we have our workers back?

A cross-industry report sent to the government last month calls for a short term increase in visa numbers and a longer term expansion of the seasonal worker scheme. The RHA has made a similar call to ease the shortage of lorry drivers. They stress that the immediate problems cannot be solved without workers from Europe.

Thus far, the government has rejected these pleas outright. It says what it always says – a refrain that I have read so often in the last month that I now have it by heart.

“Employers should invest in UK-based workers rather than relying on labour from abroad.”

Even should the government suddenly relent, would it actually help? Plenty of people think not. Here are two comments from social media. The first from a Czech national living in Lincolnshire:

“Visas on its own will not induce workers from EU to come. As EU workers, they had all the legal protection as EU citizens. Now, they would have to rely on the employer to pay for their health insurance, secure an abode, guarantee a safe return. By the time the local embassies process the visa applications, the harvest time will be gone.”

And the second from the ever-thoughtful Russ Jones on Twitter:

“They’re not returning because our national character is now a furious, shaven-headed man in a union jack t-shirt telling them to fuck off; and the home secretary demanding giant wave machines to drown them all.”

Covid may have been one reason why EU workers left Lincolnshire. But Brexit is the reason they aren’t coming back.

Longer term solutions to the labour shortage may lie in better wages and conditions for workers or an increase in automation. But, for the moment, the Brexit they thought they wanted has handed the good people of South Holland a problem with no obvious solution. Shakespeare couldn’t have plotted it better.