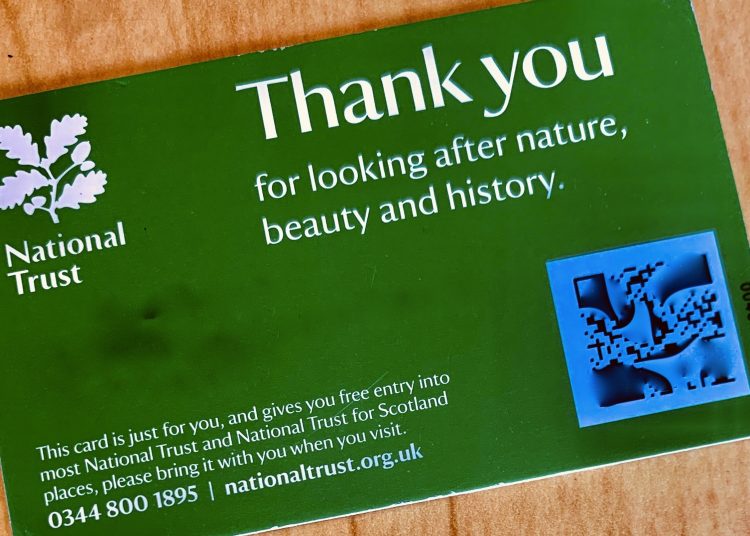 Membership of these groups is kept under wraps despite the fact that the unnamed members claim back their fees from public money. As if that isn’t enough, Sir John is also the founder of the Common Sense Group.

The Common Sense Group claims to stand for authentic conservatism, rails against the woke agenda and calls for a refreshed national conversation about the defining issues of our time. One of its first actions was to write an open letter to The Telegraph berating the National Trust for its recent efforts to portray multiple perspectives on history. Oh and it threw in a quick anti-semitic trope for good measure.

We are therefore not surprised to find Sir John supporting a newish organisation called Restore Trust (RT). RT presents itself as a grassroots movement of more than 6000 current and former National Trust members and is waging a campaign against what it calls the organisation’s stance on divisive issues. It is trying to get a foothold in the 36-seat governing council by putting forward six candidates for election at the forthcoming AGM.

The AGM is being held in Harrogate on 30th October but only about 400 of its 5.5 million members are likely to attend in person. However, it is also possible to vote online up to the 22nd of the month.

RT emailed members last month urging them to vote for its preferred candidates to steer the National Trust back to its core purpose of looking after our heritage and countryside. As is often the way with those who fan the flames of culture wars, the chosen language is disarmingly reasonable but a closer look at the people in the group and the candidates they are promoting speaks volumes about the group’s true colours.

One of RT’s directors, Neil Record, is a multi-millionaire and financial backer of the climate-change-denying think tank Global Warming Policy Foundation. He has called climate change “a contentious area”. Of the endorsed candidates, Stephen Green is the man behind Christian Voice, a fundamentalist pressure group which opposes homosexuality, abortion, divorce and sex education. In his pitch for votes, he accuses the National Trust leadership of being “obsessed” with “LGBT+ issues” and moans about money spent on the National Trust taking part in Pride events. Oh and he’s an anti-vaxxer too.

In a surprise twist, one of the chosen candidates has objected to the endorsement. Michael Goodhart said yesterday that he hadn’t been contacted by RT and that he didn’t support their aims. “It just shows what a shallow organisation they are that they are, putting forward recommendations of this nature without contacting those involved,” he said.

It seems that Restore Trust, like many culture warriors, relies on shouting very loudly rather than actually doing the homework. All in all, the group would seem to be a natural fit for Sir John Hayes.

For once, there is something easy we can do about this. Online voting for the AGM is open here until October 22nd. It takes five minutes and all you need is your membership number.

Go and fish out your card. Don’t let Sir John and his Common Sense Group waste more of your money on this pointless and deeply retrogressive crusade.