Should everyone present at the several government parties resign? Mark Cunliffe thinks so as these people don't respect the monarchy.

by Mark Cunliffe
in Politics 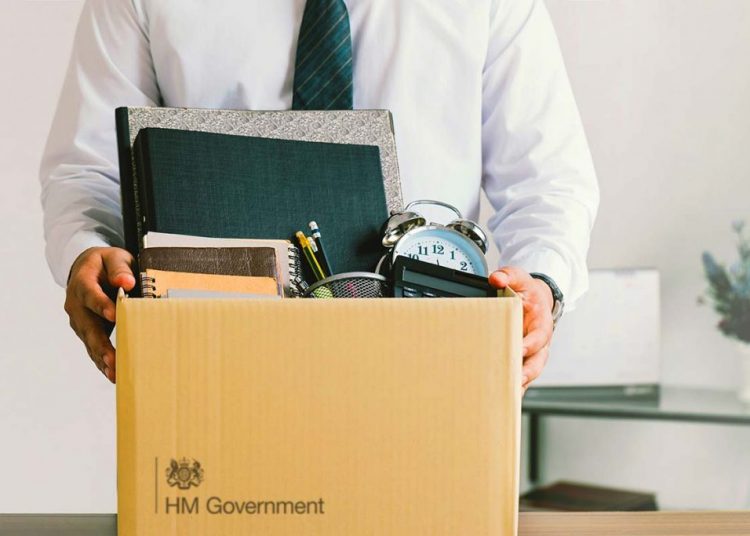 Whilst it is very clear that Boris Johnson should resign, I think many are missing the real issue. It should not just be Johnson who loses their job over partygate. We need a list of everyone at those parties. They also should resign, along with the staff that organised them. And each organiser should face the same £10,000 fine that was issued to ordinary members of the public at the time.

Sue Gray’s report could be a great day for the Treasury!

Remember, we were only allowed to meet one other person at the time and many people were unable to say goodbye to loved ones. This is why every one of them needs to be sacked.

Partygate reinforces the feeling that Tories treat the rest of us as mere plebs. They are not here to serve us or the nation and any chance they can take to make money from us, they feel it is their duty to take. As the PPE scandal showed, they do so on a huge scale, involving billions of pounds.

No respect for our Monarchy

To date there appear to have been twelve parties. How many more did Tory HQ encourage while up and down the land many were burying their loved ones alone? Including the Queen laying to rest her husband of 73 years.

Any Conservatives who have respect for our Monarchy should join me in demanding that they all be sacked immediately.

On the eve of the funeral

To make matters worse two of these huge ‘work events’ happened on April 16th – the eve of Prince Philip’s funeral. So my call for resignations most definitely includes James Slack. He was Boris Johnson’s director of communication until he left to become deputy editor of The Sun. His leaving party took place in 10 Downing Street on the night before the funeral.

No wonder The Sun failed to report on the event. Yet it had the brass neck to holler for the end of the BBC!

That wasn’t the only leaving do party at No 10 that night. Down in the basement, dozens of people were raving to a DJ set as a send-off for a photographer. Someone was even sent to the Co-Op to get more booze. I had no idea that an expensive private education includes lessons on how to fit the optimum number of bottles into a wheely suitcase.

Forget about Boris, he’s gone. But who were those that ordered and paid for the suitcase of booze and who went to collect it? I don’t care if they were young, I want them out too. Every single person at each of those Tory parties has absolutely no respect for our institutions.

We are not in this together

When did the Conservative party turn against the Crown and the British people?

Some might point towards 2016 (Brexit, certainly, is in not in the nation’s best interest) but it really kicked up another gear during lockdown. Instead of fighting a pandemic in the best interests of us all, Tories saw an opportunity to pump billions to their donors who set up companies with no trading history and no history of supplying PPE.

No wonder we saw all those pictures of doctors and nurses wearing bin bags. But never mind Tory mates made billions with their dodgy PPE contracts.

We are not in this together. We never have been. We knew at the time that Conservative claps for the NHS were hollow. Tory MPs look hell bent on selling our NHS to private American companies. Covid was just a chance to shovel billions upon billons in dodgy contracts to their mates. Who will then, no doubt, give our money back to the Tory party to fund future campaigns.

Let’s hope we get a centre-left coalition or Labour government to back PR and we can foil their cunning plan.

I will sign off for now with a reminder that the most likely candidate to replace Boris Johnson is Rishi Sunak, who just happens to live next door.

Is Rishi a bit soft? Priti Patel said that if she saw her neighbours breaking the rules then she would report them. Where was Sunak’s call to the police?

Britain is now a world-beating joke. This Tory party has led the way in making us an international laughing stock.