While the public will continue to be outraged by videos of abuse and murder at the hands of police, justice will advance at a snail’s pace. 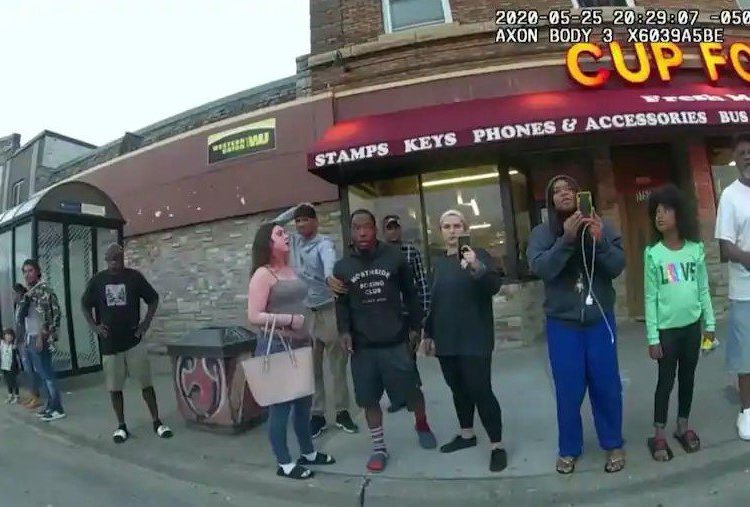 Who could have predicted that Steve Jobs would initiate the modern civil rights movement around the world?

For humans, it always takes seeing to truly believe. That was the case during the 1960s in America, when images of attack dogs and beatings were first broadcast to television audiences that could no longer ignore the shocking daily reality of black lives.

The same is true in our current moment. But for a cell phone video shot by a young woman out for an evening walk, the world would never have known of George Floyd and heard his dying words. A summer of awareness-raising protests would never have occurred. And Derek Chauvin would likely never have been convicted of murder.

But there was video, so justice – for once – was served. We have Apple to thank for an invention that placed a video camera into the hands of every teen and adult. No phones, no videos; no videos and the non-black population could remain comfortably, wilfully unaware.

It’s not a panacea; what’s most incredible about the George Floyd case is the brutality of the act that was necessary to obtain a guilty verdict. Hundreds of mobile phone videos of shootings of unarmed black women and men have resulted in no consequences at all.

For the last few years, we have learned once again a lesson of the civil rights movement of the 1960s. Awareness leads to action, but there is no watershed moment for the victims when suddenly all is made right. Were that the case, the more than half century since the passage of The Civil Rights Act of 1964 would have made the arrival of mobile phones irrelevant.

We are seeing small, tentative steps toward justice in some state legislatures: chipping away at case law that grants officers wide immunity from prosecution; beginning to narrow the responsibilities of police so that trained (and unarmed) professionals intercede when citizens are suffering mental health crises; moving traffic enforcement to a dedicated (and again, unarmed) cadre.

It’s a start, but only that. For every step toward greater justice taken in a progressive state, a step backward is taken in a conservative state. Another half-century is not acceptable. Another year is not acceptable. Which is why the glacial pace of state-by-state change cannot be allowed to run its course. Yet a national solution that is desperately called for is, for now, out of reach.

The George Floyd Justice in Policing Act was passed by the House of Representatives in March and currently awaits action in the evenly divided Senate. It has no hope of becoming law unless all Senate Democrats vote to drop the 60-vote threshold imposed by the filibuster, an outcome which is not remotely possible at this time.

So, while the public will continue to be outraged by videos of abuse and murder at the hands of police, justice will advance at a snail’s pace. But there is no more turning away, no more ability to pretend the problems were solved with the passage of landmark legislation in the last century.

There are only constant reminders that the work, now that it’s once again been taken up, is far from finished.