Robert Jenrick – more than a little help for his friends 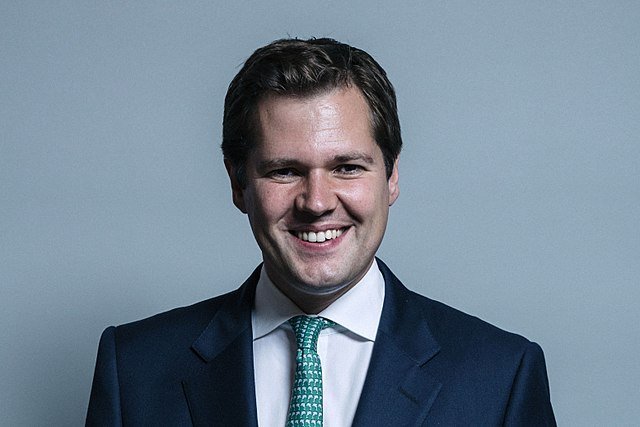 Here at Central Bylines, we love Robert Jenrick. As MP for Newark, he is one of our own and he is also, of course, Secretary of State at the Ministry of Housing, Communities and Local Government (MHCLG), which makes him one of the more conspicuous of our region’s elected representatives.

MP for where, exactly?

So yes, we do like to keep a tender eye on Jenrick. Although he’s MP for Newark, he and his family can most often be found at their £2.5 million house in Westminster. Except when they’re chillaxing at the family home down in Herefordshire. Eye Manor is a £1 million, 17th Century, grade 1 listed manor house just outside Leominster. Which is about 25 miles from Ledbury. Keep that in mind, we’ll need it later.

We also try to keep track of Jenrick’s sleight of hand with government money. As head honcho at the MHCLG, he gets to play with quite a lot of it. You recall the Town’s Fund? The Tories’ big idea for helping deprived towns in the UK. Jenrick is in charge of that. No doubt you also recall that he signed off his mate’s town and his mate signed off his so that both would receive substantial awards from the fund. Are we simply being picky when we point out that neither town was deprived enough to be eligible for such awards?

But Jenrick is nothing if not flexible and eager to please. Once it became apparent that people were unhappy about his management of the Town’s Fund, he addressed the issue by redirecting much of that money into a new Levelling-Up Fund (which, naturally, he will be overseeing himself). Unfortunately, money isn’t the only thing that has moved from Town’s Fund to Levelling-Up Fund. The whiff of pork barrels has also gone with it. The porcine odour of money being shovelled at Tory marginals has become so strong that the Good Law Project is challenging not only Jenrick, but also Rishi Sunak and Grant Shapps in the High Court.

It’s not just money that Robert Jenrick hands out to his mates. He’s more than happy to use his position as Communities Secretary to smooth the way for his friends. Just as long as it pays, of course. I’m sure the name Richard Desmond is familiar to you. Jenrick had a cosy chat with the press-baron-cum-pornographer-cum-property-developer over dinner one night. A cosy chat and a quick look at a video on Desmond’s phone. Shortly afterwards, a nicely-placed signature from Jenrick overturned an inconvenient planning decision from Tower Hamlets council, just in the nick of time. Desmond saved £45 million.

Now Jenrick’s at it again. It has recently come to light that in 2019 Herefordshire Council rejected a proposal from Bloor Homes to build 625 new houses near Ledbury (I told you Ledbury would come up again), saying the plans would undermine an area of outstanding natural beauty.

Following an appeal from Bloor Homes the MHCLG took control of the planning application.  An independent planning inspector (the interestingly-named Lesley Coffey) found in favour of Bloor Homes, Jenrick concurred and approval was granted in March this year. Two days later, John Bloor donated £150,000 to the Conservative Party.

We’re sure this is all complete coincidence. This is Honest Bob Jenrick we’re talking about, after all. But the Conservative party does seem to get by these days with a little help from its friends…in the property sector.