Robert John comments on how women and other victims of inequality must be key designers, if we are to build a brighter future.

by Robert John
in Opinion, Politics 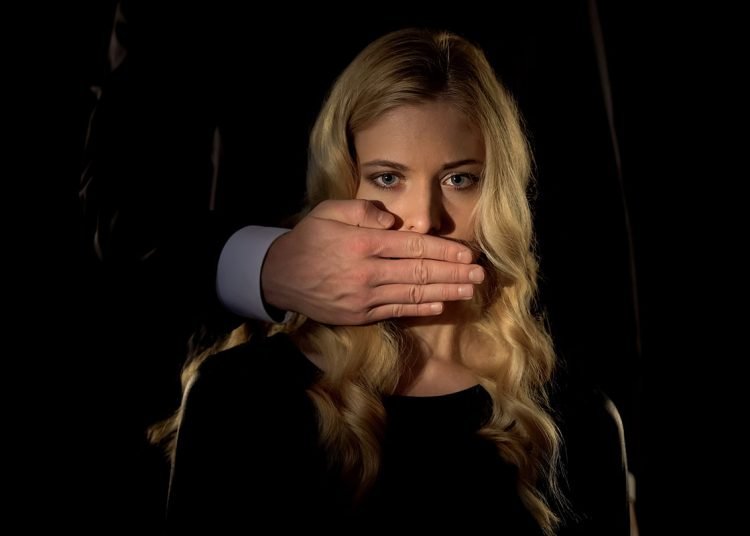 Political rhetoric can be deliberately vague, aiming to please or placate, but the declaration by Boris Johnson of a ‘high skill, high wage future’ speech at the Conservative Party conference last October left out one large group of people. A group that is often excluded from political debate in many countries, a group worthy of a special mention or recognition, a group that is half of the population of the world: women!

Where are the women?

If a future of any kind – high skill, high wage or otherwise – is going to be designed, then why are not women at the forefront of that design? Why has not more been made of how women, their careers, their position, their lives and status must be part of the talk about how we move forward with policy? Designing a world around men is seen as rational, worthy, but one where women take the lead is somehow unreasonable.

Our world, however, is still mostly designed by men.

As the Suffragette Emmeline Pankhurst pointed out over a century ago, this world designed by men is full of many intractable and conspicuously unresolved problems. Maybe this is because the wrong gender has too much influence over the decision-making processes of its design. As women remain mostly un-emancipated in terms of holding important positions of power or influence, her arguments still have a relevance today.

“Men have done splendid things in this world; they have made great achievements in engineering; they have done splendid organisation work; but they have failed, they have miserably failed, when it has come to dealing with the lives of human beings. They stand self-confessed failures, because the problems that perplex civilisation are absolutely appalling today. Well, that is the function of women in life: it is our business to care for human beings, and we are determined that we must come without delay to the saving of the race. The race must be saved, and it can only be saved through the emancipation of women.”

It is an insult to half of the population in all of the talk of designing a new future if you do not announce consciously, pointedly and deliberately your intention to include women in that process. Johnson should not need to be reminded to do this. It is a sexist, reactionary and exclusionary position for any politician, which will just create more problems if women are not part of the design process of a shared future.

Data bias in a world made for men

The book Invisible Women: exposing data bias in a world made for men by Caroline Criado Perez is an incredible treatise of how women are systematically excluded from the design process of way too many things in our societies in unacceptable and deeply damaging ways. From cities, pharmaceuticals, medical procedures and cars, through to employment and public health policies, to efforts to support less well-developed countries: all sorts of things, too many to list from this brilliant exposition of how women are too often made victims of a world designed by men.

Research and design have often been based upon male anatomy, male physiology, male habits and the resulting conclusions then blindly applied to women.

Due to this poor policy design, millions of women suffer and die every year in ways which are avoidable or are forced upon them by powerful societal, economic and political institutions dominated by men. As many as four million women a year die from something as fundamental as a mother cooking a meal for her family.

Perez’s book exposes the shocking and astonishing truth of the impact on women of a world designed by men.

Facts such as women in countries without proper sanitation being raped and killed when having to defecate out in the open. Facts such as ignoring the way heart attacks manifest themselves differently in women than in men, so women do not receive the correct medical advice or diagnosis with fatal consequences. Facts such as gynaecological conditions like endometriosis do not receive adequate investment or research as only women suffer from it. Facts such as women are more likely to die during surgery and women are more likely to die in car accidents as preventative research defaults to the male body, so for decades there were no female shaped crash test dummies.

Entire cities are designed for male breadwinners making the daily commute in and out of the centre in a straight line, not for women, who may have to make journeys to schools, nurseries, the supermarket, after school activities, family and to work all in the same day in a zigzag fashion across a city not designed to make this convenient at all.

There are the inequalities of pay and pensions, workplace bullying, lack of provision around children and childcare. The reality is that women do far more domestic chores, which means they simply work a lot more than men, adding to stress levels and illness too. Women are the biggest providers of unpaid for care, which is a huge underappreciated, undervalued, not designed or provided for work, which society simply could not function without. If all women went on strike in this capacity, society would be on its knees within days.

Job selection itself seems less about talent and more about gender as the introduction of blind auditions for orchestras proved in the 1970s, as only when the women could be judged for their playing ability alone and not their gender were they chosen. Then there are the other more sinister problems, pervasive in nearly all environments: sexual harassment, the threat of sexual violence, verbal abuse, unwanted touching, domestic abuse and the mental health issues this can cause too. All enabled by cultures, environments, institutions and policy designed primarily by and for men.

There are too many things to catalogue from this excellent book. Perez is far better at explaining these injustices than a man, with her overwhelmingly convincing well researched evidence, her measured argument and her compellingly conclusions that women must be involved in the decision-making process of all facets of our society, politics and economics. This means more and ideally equal representation in board rooms, research and development, politics, design of products, services, workplaces, public spaces, cities, towns, housing: everything!

Although – and this is a crucial caveat – the women must be drawn from across the socioeconomic groups. Decisions need to be made with everyone in mind.

This brings us to another group of people who must be involved in the process of designing a high skill, high wage future as well: the lower classes, the poor and the victims of inequalities in our society. It would be remiss to exclude the group of people most likely to benefit from the manifestation of this bright future.

Currently, we have an economy, a political system and a society mostly designed for the benefit of wealthy men; yes, some women too, but mostly men. They have no problems getting access to decision makers in politics through lobbying, donations or controlling the decisions in the boardroom which will impact lives, families, communities and even entire nations. How though, can a serious design of a high skill, high wage future, not involve those oppressed victims of the current economic and political model?

As I wrote before in this series of articles on the high skill, high wage future, any future is beset by the limiting factor of resources. Those who are lower in the economic hierarchy may well be able to identify more clearly the needs that must be met for everyone to have a better liberated quality of life on a more limited range of resources: the facilities, institutions or policies which might be need to be developed or funded too. This would lead to an infinitely superior design process, a process which involved all, rather than a process which imposes the wishes of the top few on the rest of society.

Our nation and its people

Citizen assemblies have proven that people are able to devise sensible and useful solutions when afforded the responsibility, but if a society continues to be dominated by the interests, ambitions and desires of wealthy men, then that is who society and its institutions in the main will serve. This is demonstrably wrong and undemocratic.

This government will eventually leave, but the nation and its people will remain, according to our constitution they are whom our parliament are there to serve. It is important to be realistic about this, if the idea of the high skill, high wage future is to be serious and meaningful. If the politics, society and economics of the nation are to be reformed for the better, then all stakeholders must be involved in that process, especially women and especially the victims of inequality.

No man, woman or poor person is an island after all, even the ones who live on islands.