Sir John Hayes has stirred up a backlash against the Black Lives Matter movement, encouraging radicalism on the right. 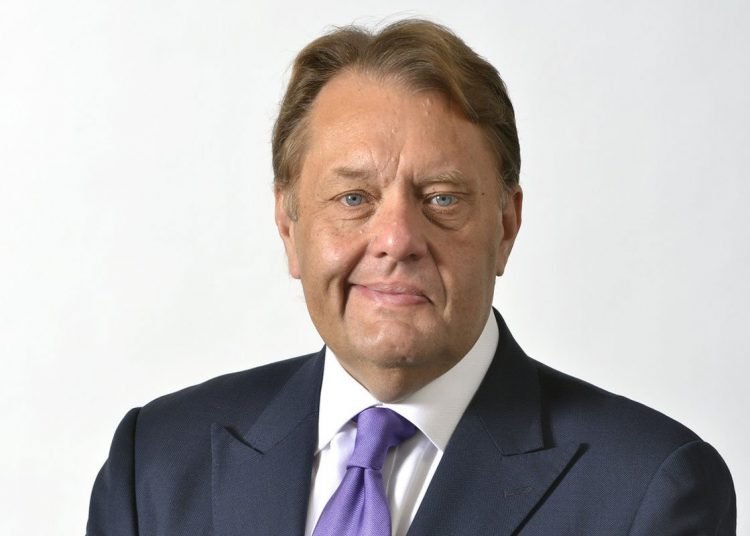 "John Hayes MP" by UK Home Office is licensed under CC BY 2.0

I, like many people, was shocked by events in Bristol last summer that first brought the Black Lives Matter (BLM) movement into the public conscience and sparked a debate as to whether statues erected to slave traders by our ancestors should be taken down.

Those radical calls have in turn exposed a radical reaction that is far more dangerous.

Meet Sir John Hayes, MP for South Holland and the Deepings, whose Hayes on the House column was published on the Spalding Today website on 15 January 2021. His column received such a negative reaction that by Sunday 17 January, it was withdrawn, and then republished on 18 January. The original publication is captured on the internet archive HERE.

Let’s look at the following key statements in his piece and deal with them one by one:

“That Black Lives Matter militants are fuelled by hate and committed to defunding the police.”

Black Lives Matter is a global network founded in 2013. The mission statement for the UK reads: “We stand together across the globe to change the world, we kneel together in peace and solidarity asserting black people are treated as equals to white people. It is a human right to receive racial equality, social and criminal justice in the societies we live and to receive parity as full citizens of the country and as a united nation.

We are a non-political, non-partisan, non-violence platform. Some content published on our website may have limited political content by the very nature of a country state governed and under a system of democracy. We operate in a humanitarian capacity and concern before all else.”

As for the claim that they are committed to defunding the police, they are in fact calling for more spending on primary education, social care, social housing and the environment to address the issues that contribute to the social challenges that the police are having to deal with. That is surely simply a political choice as to how finite resources should be shared out.

Black Lives Matter is in fact recognised as a resource for teachers by the Lincolnshire Safeguarding Children Partnership in their Hate Crime and Racist Bullying Awareness module. Surely if it was felt that Black Lives Matter is a campaign fuelled by hate, material would not be recommended by the Lincolnshire Safeguarding Children Partnership?

Take the activists who want to ‘decolonise the curriculum’ behind the campaign to tear down the statue of Cecil Rhodes from Oriel College Oxford. Sir John In his book ‘Rhodes must fall’, Kehinde Andrews, the first professor of ‘black studies’ in the UK, writes ‘Oxford’s prestige is founded on its elite status, which is a code word for ‘whiteness.’

This reaction is precisely why those who are calling for the removal of the Oxford statue need to reflect on how they are fuelling an even more radical, potentially dangerous response from those on the right of the Conservative party. Cecil Rhodes’ legacy in his Will (in the form of the Rhodes scholarships) was on the basis that ‘no student shall be qualified or disqualified for election … on account of race or religious opinions’ and is forward thinking for an age that preceded many examples of racial and religious intolerance. It sets an example that we should all welcome, and should even be a given by today’s attitudes. Would Sir John, if transported back to 1902, embrace such an act? His article does not provide much confidence that he would, as the views he espouses are controversial by the attitudes of our time.

Instead of destroying the statue that recalls the philanthropic acts of Rhodes, would it not be better to highlight how Rhodes exploited others to be able to be in a position to leave his legacy? Can it not be an opportunity to learn from history rather than seek to airbrush that history, so that in time the exploitation is forgotten.

“Much of the increasingly remote establishment – from the Mayor of London to the National Trust and big corporations like Starbucks – pay lip service to intolerant woke dogma, convinced that anyone who believes in the value of traditional societal norms is either hopelessly antiquated or simply vulgar.”

The term “woke” originates from the “wide awake” political culture that was used by the Republican Party in support of the 1860 US Presidential Election of Abraham Lincoln and was cultivated to oppose the spread of slavery. Did Sir John not check the history behind the use of the ‘woke’ term? If we give him the benefit of the doubt then at the very least he insults history by not bothering to check where the term came from.

“Some may shrug their shoulders and say ‘you can’t stand in the way of progress’, but these are the same kind of people that claimed we would never leave the EU and then predicted we could not secure a favourable trade deal.”

As a former Security Minister, Sir John should know full well that not having access to the European Arrest Warrant and Europol data poses a threat to our national security. As regards the extra red tape that businesses are having to deal with only time will tell whether it is a favourable trade deal, although it is clear that it imposes barriers to trade that Margaret Thatcher spent her whole Premiership seeking to remove.

“Eighty five years ago, some said we could do nothing to stop Nazi tyrants – ‘you can’t stop change’ they bleated.”

Nazism represented the ultimate in far right nationalistic extremism. Its ideology destroyed Europe and led to the creation of the European Movement in the immediate postwar era. That movement helped to forge the Council of Europe and what is today the European Union.

The irony of Sir John citing Nazi tyrants is that the Conservative party in the Council of Europe’s parliamentary assembly has formed a grouping with nationalistic populist parties of the far right. Those from the One Nation Conservative tradition should be far more concerned about that than any statue.

Sir John Hayes has used a controversial tone to make a case that could be made in a less inflammatory way. It demonstrates a level of intolerance to those who do not necessarily share his opinions. After four years of the Brexit debate during the height of a global pandemic, is there any sense in providing Sir John and others from the right of the Conservative party an opportunity to divert attention from the Government’s handling of Covid and the results of the Brexit that they have imposed on us?

Indeed, it is concerning that Sir John who chairs a group of Conservative MPs known as the “Common sense group” appears to be inciting a culture war.