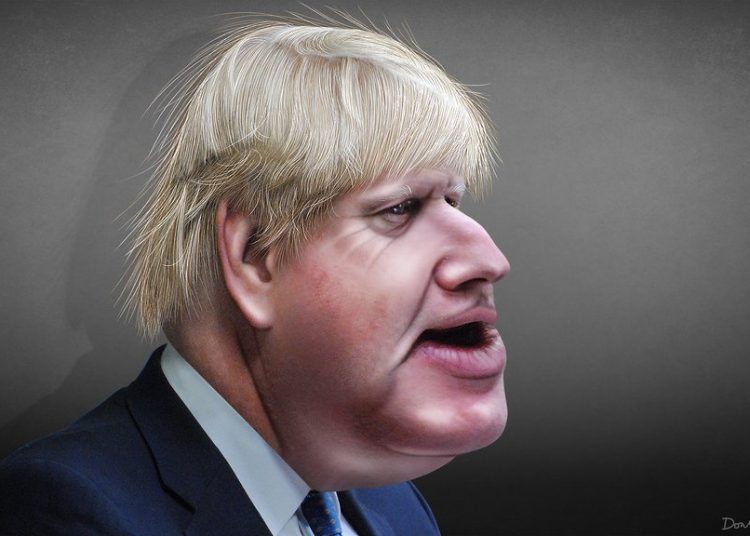 "Boris Johnson - Caricature" by DonkeyHotey is licensed under CC BY 2.0

Whilst Boris Johnson may aspire to be Pericles even the most superficial flick through the pages of classical history quickly reveals that he more closely resembles the fifth Roman Emperor, Nero.

During the early years of his reign, Nero was content to be guided by his mother Agrippina, his tutor Seneca, and his Praetorian prefect Afranius Burrus. As time passed, he began to play a more active and independent role. He made public appearances as an actor, poet, musician, and charioteer. In the eyes of traditionalists, this undermined the dignity and authority of his person, status, and office. His extravagant, empire-wide program of public and private works was funded by a rise in taxes that was much resented by the upper classes. In contrast, his populist style of rule remained well-admired among the lower classes of Rome and the provinces until his death and beyond. Various plots against Nero’s life developed, and Nero had many of those involved put to death.

Here are ten quotes from the two leaders. Whose is whose?

Before we reveal the answers, let us reflect a while on how Nero met his end.

Answers (no peeking till you’re done!)

0-3: Slave. Woeful. Get back to your zero hours contract.

4-6: Equites. Not bad. Be careful, you might be cast as a useful idiot.

7-10: Senatores. Very good. You clearly know your Dominic Cummings from your Domus Aureus.