Anne Holland reports on her time at the Labour party conference and the highs of seeing people again and the mass of motions and meetings. 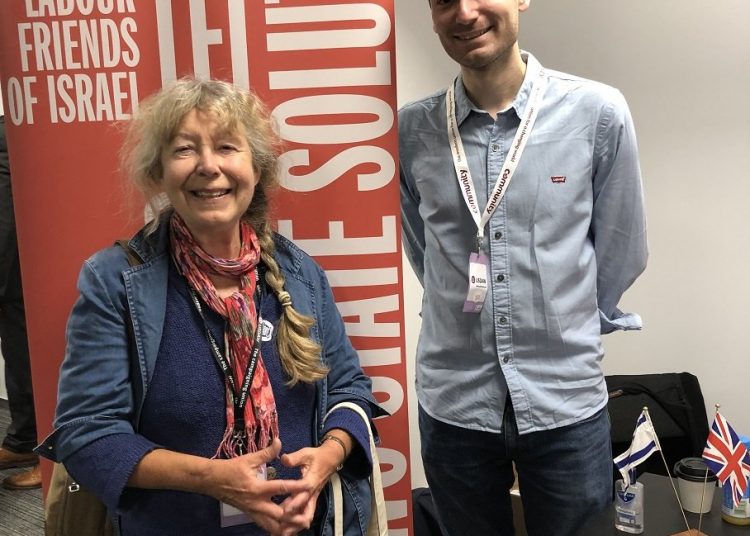 The Labour conference lasted five very full days. We arrived at Brighton after a 6.30 am drive from home. My first meet up was with Steve Bray and friends and the Brexit-shaped elephant in the room.

Conference began at 2.30pm with deputy leader Angela Rayner giving a great update to enthusiastic stand-up applause. This was followed by the general secretary, David Evans, who gave an interesting speech, in which he stood for re-election and talked about why he joined the party. He also said the party’s finances appeared better than expected.

The next step was to decide which fringe groups I would visit. The first was about the education system recovery plan with Geoff Barton, general secretary of the Association of School and College Leaders (ASCL, my union) and Kate Green (Shadow Secretary for Education). Then I joined the Labour Women’s Reception.

On the Sunday, I peeped into a church service but it was too Evangelical for me so I went back to conference to hear Ed Milliband (shadow spokesperson for Environment, Energy and Culture) speak on the Green New Deal, the High Street and business recovery. There were votes too, some by hand, others by card.

In the afternoon, I went to the Odeon Cinema for ‘Brexit isn’t working: What can Labour do?’. This featured Lord Adonis (Chair of European Movement), Polly Toynbee (The Guardian), Anas Sarwar (Leader of the Scottish Labour Party) and Carwyn Jones (former Wales First Minister).

Later, I voted in favour of proportional representation (electoral reform), along with 80% of the delegates. Sadly, the motion fell despite as the unions voted against. However next year in Liverpool, there is another chance.

In the evenings there even more fringe events with receptions to meet MPs. I didn’t go to many of those, though I did attend an excellent Labourlines with at least half the shadow cabinet who gave fabulous five minute speeches. Angela Rayner was superb, Jonathan Ashcroft brilliant and there were speeches by Lisa Nandy and many more.

I met most of the Channel 4 crew and also Len McClusky. I preferred talking to those I bumped into rather than in a busy hall.

The third day was stunning. It was largely about economics, business and trades. Rachel Reeves, the Shadow Chancellor, was amazing. I hadn’t seen much about her before but she was lively, highly intelligent, very confident, incredibly sharp. Her background in economics and the Bank of England really shone through. She was applauded after every sentence!

In the afternoon, the Mayors discussed Devolution. That evening, in the Hilton Brighton Metropole, we had the delight that is John Bercow. He said what we wanted to hear. He was interviewed by Guardian journalist, Jonathan Freedland.

The fourth day started with the environment, society and governance (ESG), China and Human Rights. The crimes against the Uyghurs such as genocide, forced family break up and forced moves for work have seen little action so far by our government.

Then the day moved on to early years education and skills by Kate Green, shadow minister for education. She criticised the government for exam chaos and rising class sizes from 2010 onwards. I much preferred Blair’s education, education, education. During his time as Prime Minister, I was fortunate to see my school expand, receive increase funding and send thousands of students on to university. Green asserted that a Labour government would remove the charitable status from private schools and give every child digital access.

A health and social care debate followed with motions on the NHS, social care, public services and LGBT+ rights.

The afternoon debates covered justice and home affairs with immigration and asylum policy, Black Lives Matter and violence against women and girls. (David Lammy was superb).

A further motion followed as the National Union of Mineworkers moved a motion on the Miners scheme.

After another busy day, I was glad to go back along the shore to my hotel and watch Liverpool beat Porto 5-1.

The highlight of the day was the Leader’s Speech and the outcome was superb. Keir Starmer dealt beautifully when a handful of individual hecklers spoke out. He used the teachers’ trick: joke, ignore or shout the next sentence.

Momentum had been aiming to make the his speech look weak but it was tremendously welcomed by the 6,000-strong audience where most stood and applauded him after every sentence. The audience was impressive. The Leader was outstanding.

I felt immensely proud of the party. There were deep feelings of hope and a better future for our young ones.

The values of the party (integrity, decency ,equality,and opportunities for all) stand out from those of the government. One of the Leader’s quotes that stood out was ‘under my leadership Labour will be back in business’. Another was ‘Labour will never again go into an election with a manifesto that isn’t a serious plan for government’. The final sentence was ‘I came into politics to go into government to change millions of lives for the better‘.