With the end of the Brexit transition period of 31 December 2020, businesses are learning about the workings of the new deal agreed with the European Union that came into effect on 1 January 2021. 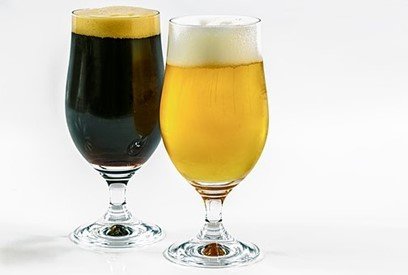 With the end of the Brexit transition period of 31 December 2020, businesses are learning about the workings of the new deal agreed with the European Union that came into effect on 1 January 2021.

Amid reports of many teething problems, East Midlands Bylines caught up with Combie Cryan – CEO and co-founder of Round Corner Brewery, a Melton Mowbray-based brewer aiming to add beer to that town’s food map, which already includes two protected origin products in its pork pies and Stilton cheese.

Cryan founded the company with Colin Paige, after the two met in New Zealand 15 years ago. Originally from Ireland, they came together to build a state-of-the-art brewery in Melton Mowbray, with the first beers being poured in 2018. Since then they have won awards globally with their range of beers and ales, which are sold locally around the town and across the East Midlands, but with a growing business exporting to Ireland.

Cryan told us that Covid-19 has already changed their business model from 95 per cent sold on draft towards more canned beer sold directly by the case to consumers, as well as through other online retailers. While rooted in Melton Mowbray, which he calls ‘an iconic location’, they also have global ambitions.

However, the end of the transition period and the short time for the implementation of the new trade agreement with the European Union is proving to be an additional challenge. Costs of courier shipping have doubled and there is additional paperwork and responsibility uncertainties over value added tax (VAT) on top of excise costs.

This has implications for how and where the company might export and expand in future. For example, they may need to work through agents and logistics partners for business to consumer sales, which may make some markets not worth exploring given additional costs.

Round Corner Brewing are however exploring partnerships, and have already worked with a brewer in Sligo, allowing their beer to be available in Ireland anyway. But exports may need a shipping partner in Ireland.

Cryan says that “Logistics have become more complex and expensive. Costs have doubled.” He says that a case now costs £40 to courier when it was previously £20, and so shipping can cost as much as the product. But he remains confident that the company will find a way, despite the headaches and the reduced opportunities in ‘a big market with legs, Ireland’.

Cryan is however concerned that the deal and its impacts may harm opportunities for smaller, artisanal businesses in favour of larger ones, and this would be a shame.