Partygate: responses from around the Central Bylines region

Anna Girolami rounds up MP responses to the partygate crisis from across the Midlands region. Is Boris Johnson fit to remain prime minister?

by Anna Girolami
in Opinion 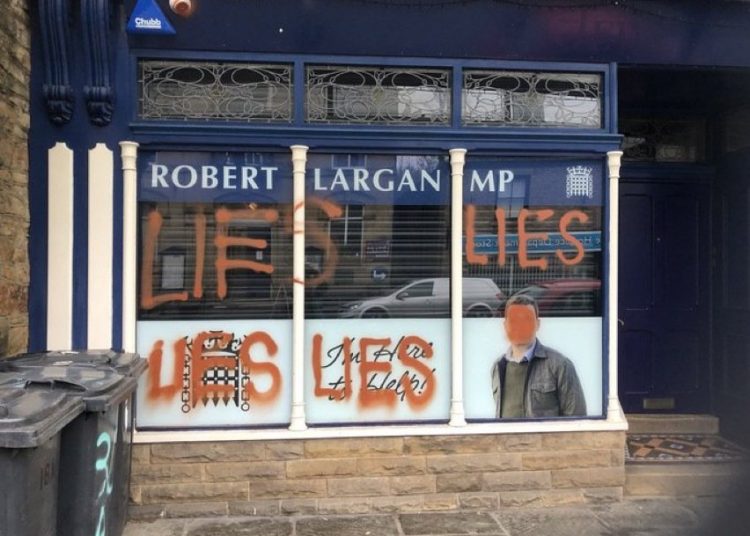 The partygate scandal is entering its second month at the top of the news agenda. It is proving calamitous for both Boris Johnson and the wider Conservative party. Recent polling has settled on a steady lead for the Labour party while Johnson’s personal ratings have dived through the floor.

In contrast, Keir Starmer is earning a cautious endorsement from the public. More people now think he, rather than Johnson, would make the better Prime Minister. Senior civil servant, Sue Gray, is conducting an investigation into the whole sorry mess. Her report is expected to drop some time next week.

Around the large Central Bylines region, responses to the partygate crisis have ranged from gleeful jokes through disgust and resignations and even to possible criminal damage.

In Kettering, the local football team was pretty quick out of the blocks – if only they could be so nifty on the pitch. After suffering a 1-0 defeat at the hands of local rivals, Brackley Town, the Vanarama League team jumped on to the Sue Gray bandwagon.

JVT back at the UON

The government’s deputy chief medical officer, Jonathan Van-Tam, resigned last week. JVT, as he is widely referred to, has gained plaudits over the last two years for his clear and concise explanations to the public during the pandemic. His use of metaphor has been particularly enjoyable. Van-Tam was on secondment from the University of Nottingham and it was known that he would return to his day job at some point.

He gave no particular reason for his resignation but he has always made it absolutely clear that he felt covid rules applied to all, without exception. An opinion which he continued to express during the Barnard Castle debacle of 2020.

It’s… interesting that he announced his resignation on the very same day that Sajid Javid announced that the self-isolation period for people testing positive for Covid is to be cut from 7 days to 5 days, a move that raised eyebrows across the political and medical spectrum.

Was JVT’s timing just a coincidence? History may enlighten us – but not yet.

It’s no surprise that the opposition has been vocal in its disdain for Johnson and partygate. What is no doubt terrifying Boris Johnson (or ‘Big Dog’ as we are perhaps supposed to call him now) is the number of Conservatives who are also calling for his head.

Across our region, Tory members present a mixed picture. Central Bylines ministers such as Nadhim Zahawi, Sajid Javid and Edward Argar have publicly supported Johnson. Michael Ellis even stepped up to answer Angela Rayner’s urgent question in the House of Commons last week.

But at least three of our MPs (Nigel Mills – Amber Valley, Andrew Bridgen – NW Leicestershire and Gary Sambrooke – Birmingham Northfield) have called for Johnson to resign.

It will surprise no-one that Lichfield MP Michael Fabricant has been all across the airwaves, defending the Prime Minister in his own inimitable – and not necessarily helpful – style. But in nearby Sutton Coldfield, members of the local Conservative Association have gone in a diametrically opposite direction. On Friday, the ten members voted unanimously to pass a motion calling for Boris Johnson to stand down.

Finally for now, in High Peak, somebody has vented their anger against Tory MP Robert Largan in the form of eye-catching graffiti on his office window in Whaley Bridge.

The perpetrator was admirably succinct but what they gained in brevity they lost in detail so we do not know exactly which ‘lies, lies, lies’ are being referred to. However, the incident took place in the early hours of Sunday morning and it is difficult to believe that the incident is completely unrelated to partygate.

The picture, taken by a local man, has been doing the rounds in the media this morning, appearing both on Sky News and in The Telegraph.