Owen Paterson, MP has escaped a 30 day suspension recommend-ed by the Parliamentary Standards Commissioner for his record of paid lobbying. 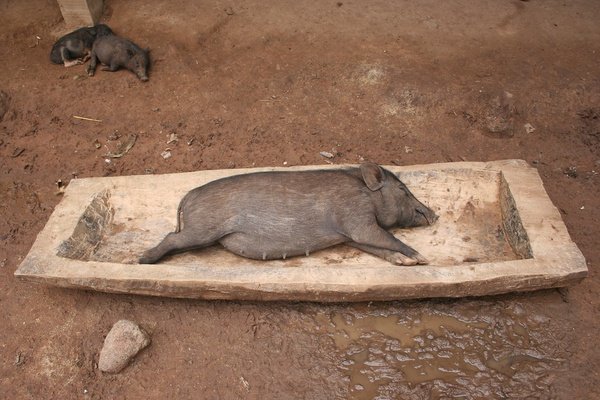 Today has been an extraordinary day in the House of Commons. The Conservative MP for North Shropshire, Owen Paterson, has escaped a 30 day suspension that was recommended by the Parliamentary Standards Commissioner for his record of paid lobbying.

The tortuous machinations performed by the Conservative party to pull off this Houdini-like feat bring to mind the 1990s. That decade saw the full flowering of Tory Sleaze and culminated in Kent MP Jonathan Aitken receiving an 18 month prison sentence in 1999.

Last week I’m not sure anyone could have foreseen today’s events. Kathryn Stone’s report was released and Mr Paterson loudly averred his innocence, saying the verdict was a violation of ‘natural justice’. His initial thought was to get his case heard in court rather than in the House of Commons but that idea failed to gain traction and today’s vote in the House of Commons (on whether or not to accept Stone’s recommendation) became inevitable. On Friday, it looked as if events would simply take their course.

But yesterday, merry hell broke loose in the Westminster village. Two amendments to the vote were proposed that would let Paterson off the hook. One of them (brought by Andrea Leadsom) was today selected by the Speaker.

The amendment called for a new group to replace the current standards committee. This would be composed of eight MPs, four of whom are Tories. Conservative MP John Whittingdale would lead the new committee and have the casting vote. Yes, that’s right – this John Whittingdale. The group would consider whether Paterson’s case should be reviewed specifically.

In other words, the Tories are planning to mark their own homework again.

There must have been some frantic efforts behind the scenes over the last forty eight hours as 59 signatures were gathered to support this amendment. However, even that did not sufficiently reassure the government. Early this afternoon, the Prime Minister called a three line whip, ordering all Tory MPs to vote in favour of it.

At about a quarter to four this afternoon,  248 of them did just that.

Johnson, with his majority of 79, could have simply whipped his MPs to vote down the suspension. It’s not clear to me why he didn’t do that. Perhaps he still cares – a tiny little bit – about looking as if he has a moral compass. But all this chicanery to save Mr Paterson looks at least as bad. Perhaps Johnson spotted an unexpected and irresistible opportunity to remove yet more independent scrutiny of his government. True to form, he seized it with both hands.

Why are the Tories trying so hard to keep Mr Paterson from suspension? On the face of it, a few weeks of not being allowed into the House of Commons is a token punishment for his multiple transgressions. There are a number of possible reasons:

First of all, had he been suspended for 30 days, he might have had to fight a by-election to keep his seat. Johnson would not want that. His support in the Tory party may be a mile wide but it’s only an inch deep. He cannot afford to lose MPs – it’s a tendency that may prove to be catching.

Second of all, this administration seems to regard any attempt to hold it to account as a personal insult that simply cannot be allowed to stand.

Finally, and perhaps most significantly, there are plenty of other Tory MPs whose financial affairs make interesting reading. Of the signatories to the Leadsom amendment, at least six earn more than £50,000 a year from second jobs, and three earn more than £100,000. Six of the MPs who signed the amendment have reportedly also been censured by the Standards committee.

Yet again, we see that when this government is bothered by the rules, it simply changes them.

Central Bylines Tory MPs are thoroughly embroiled in the whole situation, which is at least entertaining for us.

Mr Paterson himself, of course, is one of ours. And so are two of the architects of today’s escape plan: Andrea Leadsom is MP for South Northamptonshire while Mark Spencer in Sherwood is the Chief Whip. Of the 59 signatories to the Leadsom amendment, ten are from the Central Bylines region. One of our signatories (Karl McCartney, Lincoln) is also one of the six already told off this year by the Standards watchdog.

Alberto Costa (South Leicestershire) and Mark Fletcher (Bolsover) are two of the MPs that recommended Mr Paterson’s suspension. Today, they were ordered to vote against their own recommendations.

But let’s give credit where it’s due, Aaron Bell (Newcastle Under Lyme) stood up in the House of Commons and said that he couldn’t support the amendment. It would, he said, look like moving the goalposts.

If you would like to tell your MP how this makes you feel, write and tell them.