Boris-mania has turned to Boris-phobia. If deep blue North Shropshire can flip, then what hope for Darren Henry come the next election? 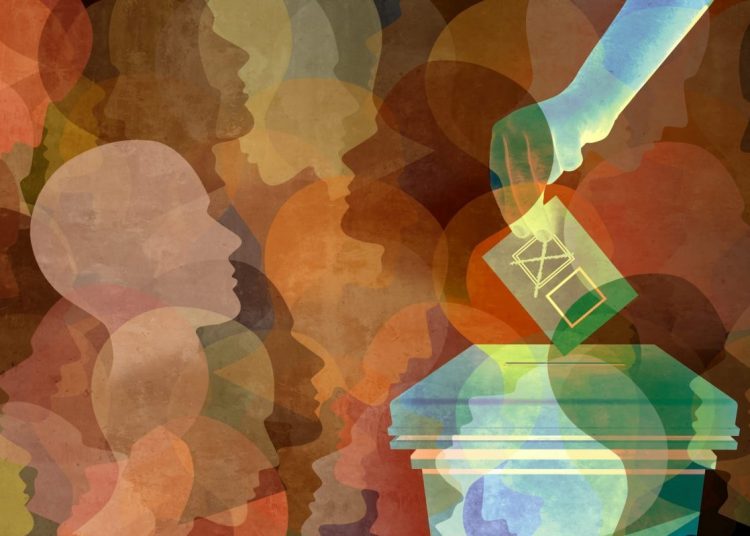 Boris-mania has turned to Boris-phobia. Levelling-up has been shown to be kaput. Brexit has soured and inflation has soared. Your majority looks tenuous – if a seat as deep a blue as North Shropshire can flip, then what hope has your much paler azure constituency when the next election rolls around?

What can the vulnerable Tory MP do?

Try and change the rules, of course.

That’s the shamelessly cynical tactic of the Broxtowe MP Darren Henry. Before I explain why, a little about Darren, and a little bit about the area he’s paid handsomely to represent.

Fittingly for a former member of the RAF, Henry was parachuted into the constituency ahead of the 2019 election. Broxtowe was not his first choice, or even his second: he’d previously had a crack at being selected as the Police and Crime Commissioner for Wiltshire, Parliamentary candidate for Kensington; Wolverhampton North East and North West Hampshire. After failing at all, he tried his luck in the East Midlands, and got lucky.

His term here has hardly been glorious. In a short space of time he’s built up a reputation as not representing his constituents at all: failing to answer correspondence, never being at his constituency office (which he rents at eye-watering rates, despite being little other than a glorified billboard), voting with the government with no deviation whatsoever,  and, on one occasion, having his constituency manager rock up at the house of a critical writer – myself – angrily demanding a piece on them be taken down (it wasn’t taken down).

Yet his expenses are through the roof: in the last year he claimed more than any other MP in Parliament. If he was representing an area far from Westminster – the Scottish Islands, or rural Ulster, perhaps, then the cost of travelling to and from London could be justified. Henry lives les than a hundred miles from the capital, on a direct fast train route. Where did the money go? That’s for another article to dig into, but his profligacy has hardly endeared himself to those he represents as they stare at startlingly high energy bills and see the cost of the weekly shop shoot into the stratosphere while their wages remain resolutely earthbound.

His chances of staying in his seat are therefore vanishing fast. If Broxtowe looks like rejecting you, therefore, why not simply change Broxtowe?

The Boundary Commission for England is currently reviewing constituencies, with the stated aim to reflect a changing population, and to try and get some sort of parity between different seats. It’s a thankless job, and one with a Sisyphean feel: constituencies bulge and contract, villages sit one side of a border one election, the other the next.

Broxtowe has had a fair bit of attention in the latest review. It’s a constituency with three major towns – Kimberley in the North, Stapleford and Beeston in the South. Beeston is solidly anti-Tory: of it’s eight borough council seats, 6 are Labour and two Lib Dem. Tories have long loathed the area, but Darren Henry is the first to try and cleave it off from the rest of the Borough.

He’s submitted to the consultation a plan to cut Beeston in half – ridding Broxtowe of those pesky non-Tories. His rationale is that there is already contiguity with the City due to part of Nottingham being just across the road in Beeston. Fair point?

Perhaps, if Henry was being a little bit more honest. The streets in question – and it’s just a few small side streets – are an anomaly caused by them abutting the University of Nottingham campus. It’s a sliver of residencies, nothing more.

Meanwhile the contiguity between the parts of Beeston Henry wishes to sever apart is absolute: he plans to literally carve street from street, neighbour from neighbour, an arbitrary line that will cause confusion and division.

Henry has claimed that this arrangement has previously had ‘strong local support’  but doesn’t say where he found this information. As the founder of Beeston’s community magazine The Beestonian, and a writer who has focused on the views and opinions of the townsfolk for the past 15 years, I’ve never heard anyone think this is anything but a ridiculous idea.

He also states that these area of Beeston are ‘just 3.4 miles from the City’: which begs the question: ‘and?’. “There is a regular bus service into the City and the Nottingham tram extends into Beeston” is another argument, ignoring the fact that constituencies aren’t contingent, or even relevant to, public transport links – which, incidentally, run many miles into the parts of the town and surrounding areas he wishes to retain.

There is little reason to suspect, therefore, that his proposals are nothing more than ‘cracking’, a form of gerrymandering that splits off areas that you can squeeze votes from, incorporating into an area where that vote would be diluted. It’s a cynical power-grab, unfortunately very much on message to the how the Tories are desperately trying to grab whatever marginal gains they can ahead of the next election.

The Boundary Commission cannot take forward suggestions that are purely politically motivated. Let’s hope that Henry’s desperate attempt to bisect our town are seen for exactly those reasons, and are rejected in the first instance.

Read more on the review, and the proposals put forward by various parties, here: https://boundarycommissionforengland.independent.gov.uk/2023-review/east-midlands/