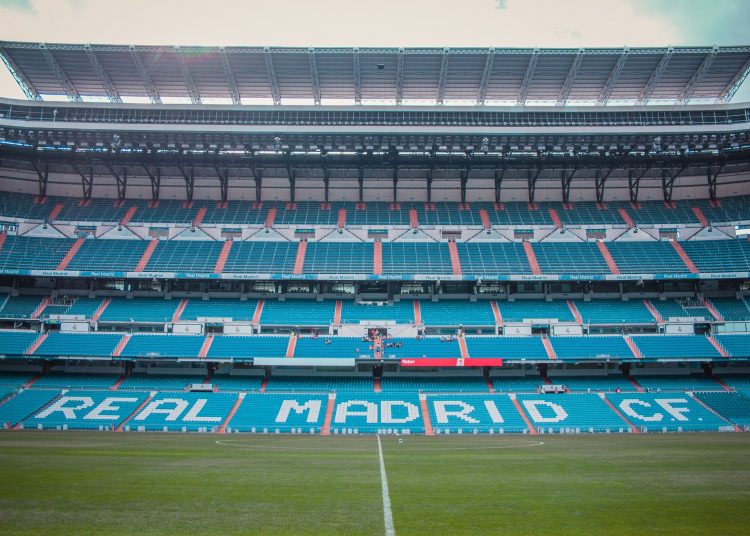 Photo by Jonathan Francisca on Unsplash

In 1972, Pink Floyd recorded ‘Money’, a razor sharp satire about wealthy people. Fifty years on, the lyric “Think I’ll buy me a football team” has never been more current. This week, the birth and death of the planned European Super League (ESL) shone a spotlight on how the pursuit of wealth has corrupted the leadership of the biggest football clubs in England, Italy and Spain.

There have always been bad owners with mad designs for their clubs. Jesus Gil, former chairman of Atletico Madrid, hired 39 managers during his 15 year tenure. If Atletico won, he would ride an elephant through the streets. If the team lost, he actively willed for the players to be killed in a plane crash. In 2002, the chairman of Perugia, Luciano Gaucci, refused to pay his player Ahn Jung-hwan after the South Korean scored against Italy to eliminate them from the World Cup.

Back in England, in 1983 Robert Maxwell tried to merge Oxford United and Reading FC to form the Thames Valley Royals. Later that decade, David Bulstrode wanted Queen’s Park Rangers to subsume Fulham: effectively closing the latter down and selling its ground for luxury housing. In 2003, Wimbledon FC was relocated to Milton Keynes and rebranded the MK Dons. The new club even tried to claim the history of ‘The Crazy Gang’ for itself.

Up and down the English Football League, there are clubs with woeful tales of financial mismanagement.

The case of Coventry City

I first started following the Sky Blues in 1997, when the team was a Premiership underdog which had avoided relegation from the top flight for over 30 years. Unfortunately, their luck ran out in 2001 and relegation handed the club a debt of £60 million. In part, this was because then chairman Bryan Richardson had committed to building a brand new stadium, at one point mooted as a replacement national stadium for Wembley. Even after Richardson was forced out, the problems continued.

The debt only grew. In 2007, the club was saved from administration by a London-based consortium, SISU. Unfortunately, SISU’s cost-cutting saw the Sky Blues enter a shambolic period during which they suffered further relegation, then administration and even leaving Coventry altogether for a while. Happily, the Sky Blues will return to the Ricoh Arena from next season to play Championship football. Despite recent on-field success, many fans would like the owners to leave, as they have caused a lot of heartache during their time in charge of a historic club.

Coventry’s story is echoed in the experiences of clubs throughout England. Some clubs have disappeared altogether. In 2019, Bury FC became the first club in 27 years to be expelled from the Football League after attempts to take over the club were rebuffed by businessman Steve Dale. This followed months of players and club staff not being paid for their work.

This week’s aborted attempt to set up an exclusive league – a closed loop with no relegation or promotion – saw the original 12 members being offered £300 million as a joining fee. A document leaked to The Guardian explained that Covid-19 has caused top-level clubs to lose over £4.3 billion. A report in June 2020 by KPMG suggested that Tottenham Hotspur were £591 million in debt whilst Real Madrid, whose President, Florentino Perez, masterminded the ESL, saw a £60 million drop in profit from 2019 to 2020. Consequently, the ESL might have been seen as an existential necessity for some owners. In a television interview, Perez claimed that “by 2024, we’re dead.”

But at the same time, Perez noted a potential interest in young French star, Kylian Mbappe and top Norwegian striker Erling Haaland. It was reported three weeks ago that Manchester City are prepared to pay a total package of £300 million for the latter, including £150 million to his current club, Germany’s Borussia Dortmund, and a weekly wage of £600,000. Clearly, some protestations of the ESL 12 appear to be bogus.

How did we get to this point?

The creation of the ESL was in part inspired by the United States, where sports teams can be set up as franchises. Each NFL club is granted a franchise, which allows a team to represent an area covering 75 to 100 miles from the nearest city. Whilst there are rewards for teams that do well, there is no punishment for teams that lose more than they win – in stark contrast to the relegation fate that has befallen Sheffield United in this season’s Premiership, for example.

Additionally, the brightest, best young talent is drafted into NFL squads meaning that all the teams are, ideally, decently stocked for the best possible competition. The system set up to perpetuate the NFL, and the continued growth of all the franchises, regardless of their prowess on the field, can be seen in the plans for the now defunct ESL.

The growth of interest in football across the globe has made the ESL 12 think about the kinds of fans they want to attract. The ESL 12 have referred to their existing supporters as ‘legacy fans’, with the intention of getting more Chinese fans invested in ESL teams. Florentino Perez claimed that 4 billion people across the world follow football but he believes that changes are needed if the sport’s popularity is to continue to grow. Perez claims that younger people are not interested in the sport but the tsunami of fan reaction to the ESL suggests that is far from the case. Certainly, local clubs in Birmingham run lots of youth teams, with dozens of youngsters – boys and girls – training and playing in games every day. It’s these players who may go on to star for their local sides at adult level.

What can be done?

It seems that the ESL 12 are to be welcomed back by UEFA with no repercussions. The likes of Real Madrid, Barcelona, Manchester United and Juventus are simply too valuable for UEFA to cut ties. On Monday, UEFA President Aleksander Čeferin threatened players who competed in the ESL with expulsion from international football. By Wednesday, he was preaching ‘solidarity‘.

However, the affair has permanently soured the relationship between owners and fans.  Despised chairman Edward Woodward has resigned from Manchester United whilst the Liverpool Echo has called for FSG to sell Liverpool FC. The British government has launched a review by former sports minister Tracey Crouch into how the English game is run. Certainly, there are many questions to be asked.

One important reason for the ESL’s abortive failure is the refusal of the biggest German club, Bayern to join. German clubs are effectively owned by their fans, in a 50% + 1 stakeholding. It’s safe to say there’s no Premiership club with this set-up.

Ultimately, the real punishment may come from the grass roots supporters. These ‘legacy fans‘, whom the elite clubs took for granted, could turn out to be their downfall. One can only hope that the fall-out from this extraordinary week doesn’t bulldoze the whole football pyramid.