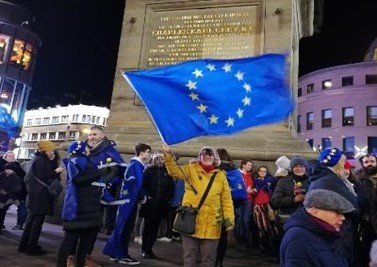 Who are we? And can we survive political climate-change?

In my previous article I identified the post-Brexit plight of my particular species of ‘Remainer’ – those of us who are motivated by our identification with the European Union (EU) in particular and Europe in general. With little short-term or medium-term prospect of reuniting with the EU, I suggested that we need to find another way of dealing with the situation, and living in the country where we now find ourselves.

This is my group, and in order to find a way forward for me, I need to be clear about our situation. One issue is that our Europhile identification doesn’t fit traditional British politics, where political affiliations are reckoned to be containable, however imperfectly, in the party system. We Europhiles are into something quite different: the politics of nationality. Put simply, I identify to a significant degree with a political entity that is different from now-existing Britain. It’s a difference some will think is trivial but perhaps take a moment to think about the situation Scottish unionists will face if Scotland becomes independent. Scots who identify as British as well as Scottish will find themselves contained in a new state that requires them to be only Scottish. For those to whom Scottishness and Britishness are interdependent, the separation of the two will feel like an amputation. And it’s a bit like that for me as a Europhile. The separation of Europeanness and Britishness is an amputation.  I identify with the EU as a whole, but I also identify with a pre-Brexit version of Britain, what we might call Britain-in-Europe, a country we lived in for anything up to 48 years, but which has now ceased to exist.

So Europhiles are rather like a national minority.  One way that national minorities differ from their majority compatriots is that they identify with a different nationality (as opposed to citizenship) from the dominant nationality within the boundaries of the state they inhabit.  National minorities such as Basques, Catalans, South Tyrolers, Hungarian Slovaks, Rumanian Magyars, and most nationalists in Northern Ireland find themselves contained by an international frontier that does not correspond to their own national identity. There are lots of others.

I said we Europhiles are rather like a national minority.  But to say we ARE a national minority would of course be a gross exaggeration. For most Europhiles Euro-identity is diluted by other identities, not least that of being British or English. Nonetheless I would guess that Europhiles, for whom Europe, and Britain-in-Europe, are a matter of identity, are less likely to adjust psychologically to post-Brexit Britain than are the more pragmatic Remainers. Some will adjust, I’m sure, and they will be absorbed into the majority. But that doesn’t mean we’ll disappear.  There are also demographic factors pushing in the opposite direction, as the young are more European-minded than the middle-aged and old. So, let’s suppose that when the dust settles, we end up with something around 4-5 per cent of the population for whom Europe and the EU are a significant source of national identity. Where do we go from there? 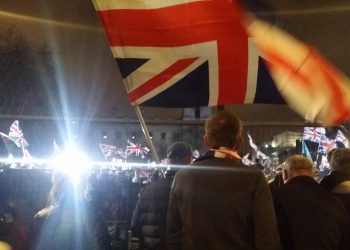 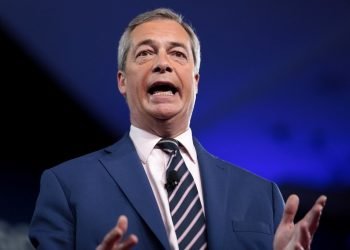 We can look at what happens to national minorities when the frontier is drawn on the wrong side of them. Some are repressed and persecuted, some retreat into private life, some organize and make a fuss.  For Europhiles, the first of those options is very unlikely and the second would be very sad. And the third option? Happily, many Remainers are organizing and making a fuss. However, their campaign has focused mainly on the political and economic arguments for not leaving the EU, for staying close to the EU, and for rejoining the EU. And that’s fair enough. Economics and politics are what the Remain arguments have mainly been about.

But those of us for whom national identity is the issue might need to organize and make a fuss about something a little different. Cultural changes triggered by Brexit are likely to make Britain more uncomfortable for Europhiles, with more English nationalism, more xenophobia, and a generally more punitive culture. How might we Europhiles keep a sense of who we are in the face of all that, in a way that avoids alienation and isolation, indeed in a way that even affords us some recognition and respect? Retaining a European identity isn’t necessarily quite the same thing as getting the UK back into the EU. The identity dimension of the EU might be amenable to a different approach that does not depend on reversing Brexit. The creation of an ambience in which Europhiles can feel accommodated and respected might be a reasonable alternative goal.

But how to achieve that goal? In my next article I’m going to suggest a model for how we might do it.