David Childs' aunt Florrie Haslam is best remembered as a pioneer of women’s football, but she worked for many more years in nursing. 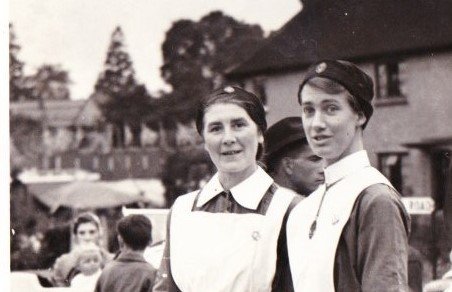 My aunt Florrie Haslam is best remembered as a pioneer of women’s football, but she worked for many more years in nursing. Born in 1900, the youngest of three sisters, a brother and two male cousins, she grew up in an extended working-class family in Bolton. Like so many in the North West, she started work in a factory. Given her background, she was almost certainly one of the 6,000 demonstrating in Bolton against war in August 1914. The war followed days later and had a dramatic impact on the lives of many women.

Women were soon found working on the railways, on buses and trams, in banks, as postal workers, and even as police officers and firefighters. Women also worked in engineering and agriculture. For many it was a liberation. By 1917 munitions factories, which primarily employed women, produced 80 per cent of the weapons and shells used by the British army. They worked long hours with little protective clothing.

Some started to ‘take liberties’ challenging their male colleagues who kicked a ball around during the breaks. Some managers and politicians encouraged this as a morale booster. Women’s teams were formed and the government encouraged the Football Association (FA) to allow them to use their facilities, which made training much easier. Florrie was one of those who stepped forward. She played football for Bolton Ladies before she was spotted by Alfred Franklin.

A manager, Franklin worked for Dick, Kerr and Co in Preston. Like most engineering enterprises the firm converted part of its premises to manufacture shells and employed a large number of women.  His team played against Bolton Ladies in Bolton at Christmas 1918. Impressed by Florrie, then aged 18, he persuaded her to go to Preston. He agreed to pay her 10 shillings (about £25 today) every time she played for the team, plus expenses. Crowds of 35,000 were attracted on occasion and the takings (after expenses) went to local war charities. Florrie felt strongly about this as her brother had died of wounds in July 1916 and both her cousins were wounded (all three were volunteers). Her father died of the ‘Spanish flu’ (a global pandemic) in 1918. He was aged 54, one of 228,000 victims in Britain. 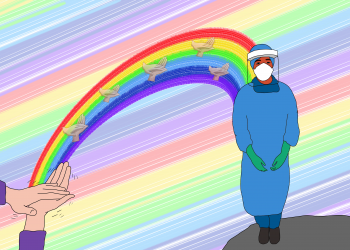 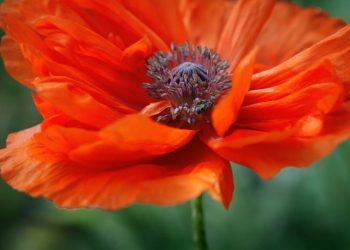 With the end of the war in November 1918 many women expected change but got little. In July, ration books had been introduced for butter, margarine, lard, meat and sugar. There were strikes including, in August, a strike of 20,000 London policemen demanding increased pay and union recognition. Many women hoping to get the vote were disappointed. Women could become MPs but only those over 30 could vote. In Britain, by May 1919, three quarters of the unemployed were female. In 1921, the proportion of women listed as ‘gainfully employed’ was lower than in 1911.

With success Franklin got more ambitious. In 1920 he invited a French team to England. Four matches were arranged in Preston, Stockport, Manchester and London. The matches were played on behalf of the National Association of Discharged and Disabled Soldiers and Sailors. A crowd of 25,000 people turned up to the home ground in Preston to see the first unofficial international between England and France. Dick, Kerr (DK) beat the French 2-0 at Deepdale, 5-2 in Stockport and managed a draw at Manchester’s Hyde Road. But then, in London, at Stamford Bridge, the French turned the tables and won 2-1.

On 5 December 1921, the FA banned women’s football on its grounds. Although it could not ban the women’s game elsewhere, the ban would last 50 years (until 1971). Franklin would not give up. He managed to negotiate bookings in the US and Canada. Playing largely against men, they lost only three matches out of nine. They played in Rhode Island, New York, Washington DC, Baltimore and other venues.

With the prospects for the women’s game looking poor, Florrie followed some others into nursing. Partly due to the war, nursing was becoming more widely recognised. Helped by her journalist friend, another Alfred, Florrie studied and passed the appropriate exams working in a hospital in Bolton. The first national examination was in 1925. About 40 per cent of the candidates failed. This was a time when women had to choose between a profession or marriage. Having observed the fate of her married older sister and others, she eventually chose a profession. Her other older sister, then a single cinema projectionist seemed to be enjoying life.

According to the ‘Roll of Practising Midwives’ Florrie Haslam’s enrolment date was 12 August 1933, when she took her Central Midwives Board (CMB) Examination. She worked in Bolton from 1935, moving to the mill town of Blackburn in 1938. From there she worked her way through the Midlands to London just in time for the outbreak of the Second World War. There she experienced the aftermath of the Dunkirk evacuation and the Blitz which left her with some horrendous stories to tell.

Florrie’s final destination as a district nurse was Ludlow, Shropshire towards the end of the war. After working there for many years, driving to the villages in her Morris Minor, she became an ‘NHS hero’ and remained there in her retirement.

She was honoured by Ludlow Football Club. Florrie died in July 1984.

Photo: Florrie is the figure, slightly shorter, on the left as you look at the picture, Florrie and her colleague were collecting for charity. Circa 1936.