3 leaders, 2 general elections, 2 withdrawal agreements and 3 extensions to Article 50 have come and gone trying to find an answer for Brexit. 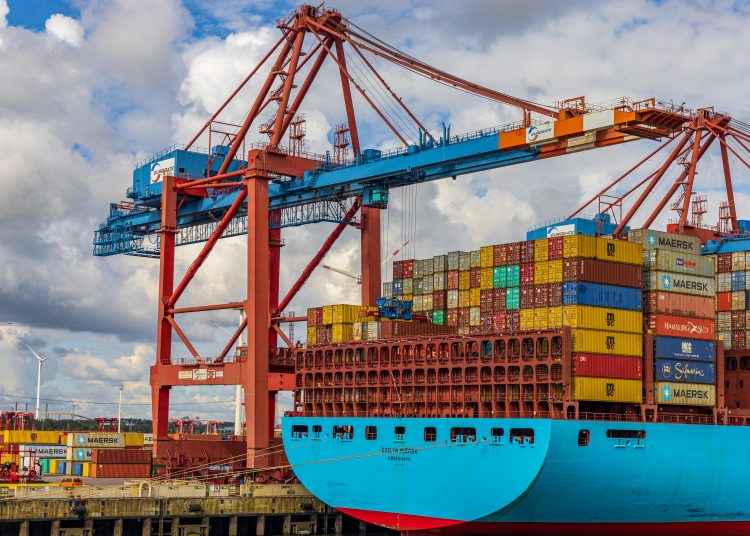 On becoming Conservative leader and prime minister in July 2016 Theresa May boldly stated “Brexit means Brexit and we’re going to make a success of it.” Twelve weeks before the UK cuts all links with the European Union (EU), it’s time to audit that statement.

On 26 June 2016 it became clear that the politicians responsible for securing the vote to leave had no idea what Brexit involved. Three leaders, two general elections, two withdrawal agreements and three extensions to Article 50 have come and gone trying to find an answer. Meanwhile the government has threatened to break international law, seriously annoyed the USA Congress over Northern Ireland, not signed any significant trade deals or reached any sort of agreement with the EU. What have they achieved exactly?

Immigration was a referendum issue for many. Stopping freedom of movement became an early Tory red line and when parliament passed the Immigration Bill earlier this year, Priti Patel boasted that it had ended. It’s now clear what has ended is our freedom to study, live, work and travel freely around the continent with minimum inconvenience and cost. You can still do that, but if you own a home, want to drive, take your pet or protect the health of your family while there, you will need a lot more time and money.

Meanwhile, people continue to move about as they always have – on holiday, for a new job, for safety or a better life for their families. The result is that net inwards immigration continues to increase. Moreover if there’s no deal by January, we leave the Dublin agreement, the system used by EU countries to share responsibility for helping asylum seekers like those crossing the Channel in small boats. Arrivals become the UK’s responsibility alone. The government is seriously discussing shipping people to Ascension Island, building booms, using nets and wave machines along the east coast or commandeering cruise ships to house those who arrive. The campaign mentioned nothing of this.

Currently 43 per cent of our exports go to the EU while we import 51 per cent including a lot of fresh food. Two million trucks per year travel backwards and forwards between the UK and the EU. Goods meet a common standard. Minimal paperwork is involved.

Brexiters promised reductions in red tape and  the ‘exact same benefits’. But  recall that remarkable statement by Boris Johnson as Foreign Secretary about the future of UK business.  It turns out he wasn’t joking. Leaving the single market and customs union will mean border checks on goods entering and leaving the UK. Look at the Norway/Swedish border system, in operation for at least a decade, as an example of procedures between an EU and non-EU country. The UK will need qualified people to check 12,000 trucks a day through Dover alone. Pre-declarations and safety declarations are needed for everything, especially animal and plant based products.

The government is relying on new IT systems – not yet ready or tested – and thousands of  new customs officials. They don’t have enough. On 8 October it published its revised Border Operating Model (BOM). It’s 138 pages long. According to Peter Foster (Public Policy Editor, the Financial Times) the “British Chambers of Commerce says that it takes a year for business to even hear of a new idea, a year to take on board new requirements and then one or two more to implement and adjust.”  Businesses have around eighty days to understand and implement it.

The Road Haulage Association has only recently discovered there are insufficient full and short term access permits to EU roads for 8,000 firms. Drivers will need seven different documents for every load crossing the Channel including movement reference numbers for each product and a permit, issued by the government, to allow access to Dover. Without valid permits hauliers incur a fine of £300. They are incensed by the government’s approach.

Assuming this works without a hitch (spoiler – it won’t), all goods crossing the Channel will have their paperwork  thoroughly inspected at the EU port of arrival. That takes time especially without a deal. Procedures at the EU/Swiss border (Switzerland is not in the Customs Union) illustrate this. Roll-on, roll-off ferries will be delayed. Traffic will build up in the UK. The government has taken compulsory purchase powers to build huge lorry parks in 29 local authorities. Kent alone needs up to 10. Kent voted to leave. Kent isn’t happy! Delays in goods reaching shops are inevitable. If the government waives import controls to minimise disruption the result will be reduced checks on anything coming in – substandard goods, food, drugs, people. It’s a smugglers’ free-for-all.

The Government has had time and opportunity to get a Brexit deal such as Norway or the Swiss have, which would have kept many of the benefits of membership. They were rejected. Boris Johnson talks about ‘an Australian-style’ deal (spoiler – Australia doesn’t have a deal). Mixed and confusing messages mean many businesses are unprepared or as Peter Foster reports, indifferent.  “A third of businesses still believe the Brexit transition period will be extended says @cabinetofficeuk perm sec – this has always been big issue (sic) with preps: however good they are, they must be communicated effectively to business.”

MPs on the Brexit select committee are now hearing grim news  about the reality that awaits in January. From car parts to chemicals, supply chains based on the just-in-time model that has characterised the single market and customs union risk grinding to a halt, affecting jobs, businesses, pensions, housing, investment, food, living standards, even the union of the four nations.  Does this sound like the exact same benefits?

Additional NHS resources was a clinching argument for leaving for many. To be fair, the Government has had to deal with Covid-19 and all its consequences and will no doubt claim the pandemic has stopped them honouring the pledge. Really? If they had managed it as well as countries like New Zealand, South Korea or Taiwan, they might have a point.

Typically, this administration decided they knew better. The result is the fiasco of their ‘world-beating’ test and trace app, between 44,000 and 70,000 dead and inadequate supplies of PPE for front line staff, especially in care homes. To solve this problem cash has been sprayed around like confetti on contracts without tender to companies with no experience in or track record of making the stuff. Many of them seem to be connected with Tory party donors. Is that what we taxpayers expected?

What of other promises? The 40 new hospitals Boris Johnson promised mostly exist in his imagination it seems. The boast of 50,000 extra nurses wasn’t accurate either. Meanwhile, waiting lists have increased, there are signs of shortages in crucial medical supplies and several hundred front line staff have died. On a positive note, they did get a clap.

The 20th century American political journalist HL Mencken once said, “there is always a well-known solution to every human problem — neat, plausible, and wrong.” That’s Brexit in a nutshell. ‘Take Back Control’ persuaded the public that Brexit would be easy. Boris Johnson got Brexit ‘done’ in December. The truth is it doesn’t really begin until January. With the evidence suggesting some serious disruption is likely, that no one gets the Brexit they thought they voted for and a general election maybe four years away, will voters be content when they find how much they’ve been misled?