The Hampshires stayed in Omsk all winter, with temperatures reaching minus 50º centigrade at times. 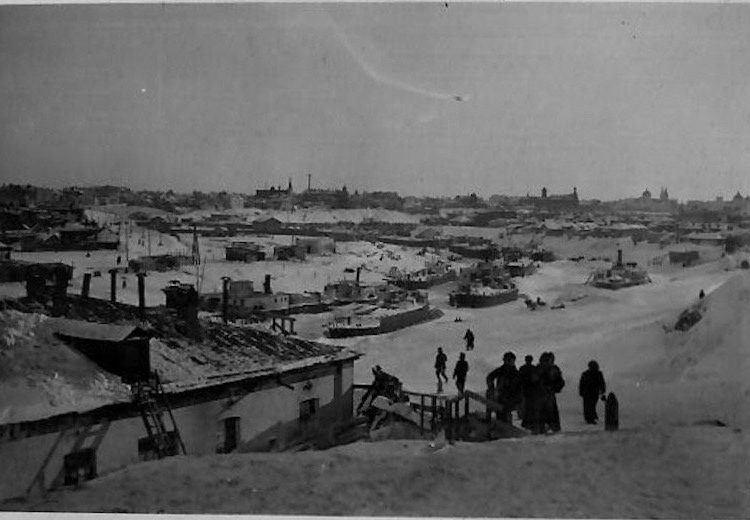 The 1/9th Hampshires arrived at the railway station in Omsk on 7 January 1919.  The Hampshires stayed in Omsk all winter, with temperatures reaching minus 50º centigrade at times.  At the time it was under the control of the anti-Bolshevik White Forces.

The provisional All Russian Government was established in Omsk in 1918.  It was headed by the Arctic explorer and decorated war hero Admiral Kolchak. Omsk was proclaimed the capital of Russia, and its central bank was tasked with safekeeping the former empire’s gold reserves. These were guarded by a garrison of former Czechoslovakian POWs trapped in Siberia by the chaos of the First World War and the subsequent Russian Revolution.

Capturing Omsk was a major objective for the Red Army leadership. Eventually they forced Kolchak and his government to abandon the city and retreat eastwards along the Trans-Siberian railway. Bolshevik forces entered the city on 14 November 1919.

During the extended 5 month stay whilst the White Forces were in control, the War Office refused to allow Colonel Johnson to take his battalion into action. Hence one of the Colonel’s main problems was keeping his men occupied. He introduced ice-hockey, held 3 dances a week and got them into amateur theatricals.

More from this Series in East Midlands Bylines

Mr Drake clearly found time to do a spot of sightseeing and recorded what he saw with his camera.  We have street scenes, views of the harbour, the barracks along with their chapel and the cathedral.  It is interesting to note that when I travelled in Russia a few years ago, the houses outside the city centres look just the same as they do in the photos.

The Dormition Cathedral is one of the largest churches in Siberia. Its fanciful design of many shapes and colours showcases elements from the Russian and Byzantine medieval architectural vocabulary. The first stone of the new cathedral was laid by Tsar Nicholas II (the last of the Romanov dynasty who was executed in 1917). The cathedral was consecrated in 1898, shut down after the revolution and was blown up in 1935. The Russian Orthodox Church had the cathedral rebuilt to the original designs in the early 21st century.  This cycle of building, destruction and rebuilding is not uncommon in Russia.

After staying in Omsk all winter, the Hampshires journeyed further west, to the foot of the Ural Mountains.  Their final destination was the city of Ekaterinburg.  This is the city where the Tsar and his family were executed and where Mr Drake took photos of the New Russian Army.