The first in a series exploring the people behind the blue plaques in the Midlands region. Vera Brittain lived in Buxton at the beginning of the last century. 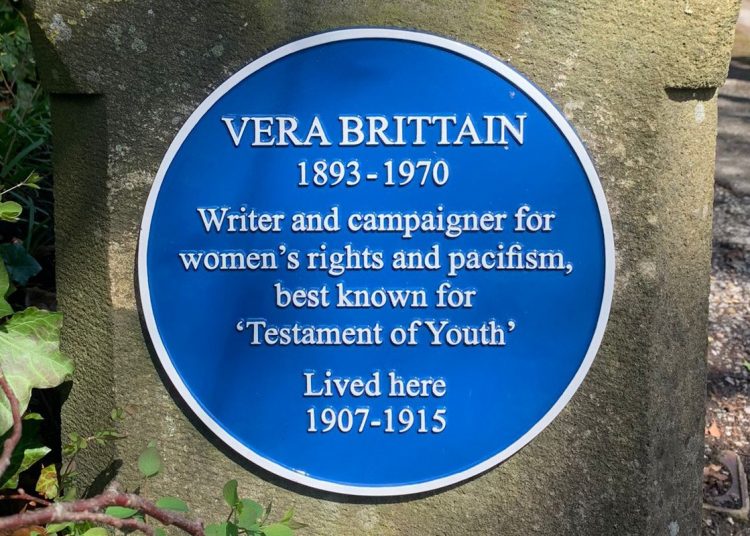 Vera Brittain was never supposed to go to war. Neither was she supposed to work as a nurse, write a feminist classic or become an international activist.

What she was supposed to do was grow up, marry some suitable chap, settle down and have a nice life. By the time she was twenty one, she had spent two years as a ‘provincial debutante’. That was perhaps the last conventional thing she ever did.

Vera was born in 1893 in Newcastle-under-Lyme into a family that owned paper mills in Staffordshire. She was three years older than her brother Edward, to whom she was extremely close. They moved to Macclesfield and then to Buxton when Vera was ten years old. A blue plaque on a gatepost at Park Road marks one of the houses where they lived.

She was educated at a boarding school in Surrey. After that, she tried to settle into her role as a young woman on the marriage market.

Oxford and the Great War

Such passivity, however, really didn’t suit her. She managed to convince her father that she should go to university and in 1914, she went to Oxford to read English Literature. But for Vera, those turbulent years weren’t the right time for contemplative study. The onset of the Great War made university life feel trivial and irrelevant. Her beloved brother and his friends (including her fiancé, Roland) had all signed up.

She decided to defer her degree. In 1915, she started work as a VAD (voluntary aid detachment) nurse and returned to Buxton to work in the Devonshire Hospital. She carried on nursing for much of the war; in Buxton, London, Malta and at Étaples where she nursed German soldiers. This experience informed her future development as a peace activist.

Neither her brother nor her fiancé survived the war. Both were killed – Edward in Italy and Roland in France.

In 1919, Vera went back to Oxford, this time to read History. Given her nursing experiences and the deaths of those she loved, it is perhaps unsurprising that she again found it difficult to settle. On finishing her studies, she moved to London and started to establish herself as a journalist and writer. Her first novel, The Dark Tide, was published in 1923 and caused immediate controversy for its unflattering portrayal of academic life at Oxford.

Her life changed in 1933 with the publication of Testament of Youth, a book she had spent ten years struggling to write. It is the first and best known of the three published volumes of her memoirs and describes the impact of the Great War on the lives of women and the middle-class civilian population of the United Kingdom. It is considered a feminist classic for its depiction of her struggle to forge a career in a society that isn’t keen on educated women. It also charts her grief at the loss of her brother and her fiancé and marks the beginning of her journey to pacifism and internationalism.

During the 1920s, Vera was a regular speaker on behalf of the League of Nations union. Her war experience had brought her to support the idea of collective security. However, the success of Testament of Youth gave her far greater prominence.

By 1936, she was sharing a platform with sponsors of the Peace Pledge Union, the largest pacifist organisation in the UK. She was a practical activist, working as a fire warden and travelling around the country to raise funds. After the end of the Second World War, her name was discovered in the Nazis’ Black Book of nearly 3,000 people who would be immediately arrested in Britain after a successful German invasion.

In the 1950s and 1960s, she continued her activism, writing against apartheid and colonialism and in favour of nuclear disarmament.

Vera died in 1970. Some of her ashes are buried with her husband in Warwickshire. The rest are scattered on the grave of her brother in Italy. As she wrote in her will, “..for nearly 50 years much of my heart has been in that Italian village cemetery.”

She had two children – a son, John, and a daughter, Shirley. Shirley Williams (1930-2021) was cast in the same mould as her mother. She was a Labour Cabinet Minister and one of the founders of the Social Democratic Party, in 1981. By the end of her career, she was a Liberal Democrat peer.

Buxton is very proud of its connection with Vera Brittain. If you would like to know more about her time in the town, guided tours in the Devonshire Dome (the former hospital) tell her powerful and moving story. 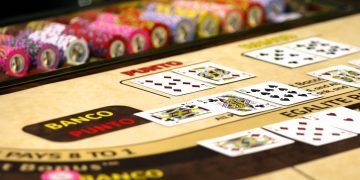 The new Education White Paper - is it really ‘Opportunity for All’?