In July, the BBC announced 450 job cuts in regional TV, news and radio, with 139 of these being in local radio. 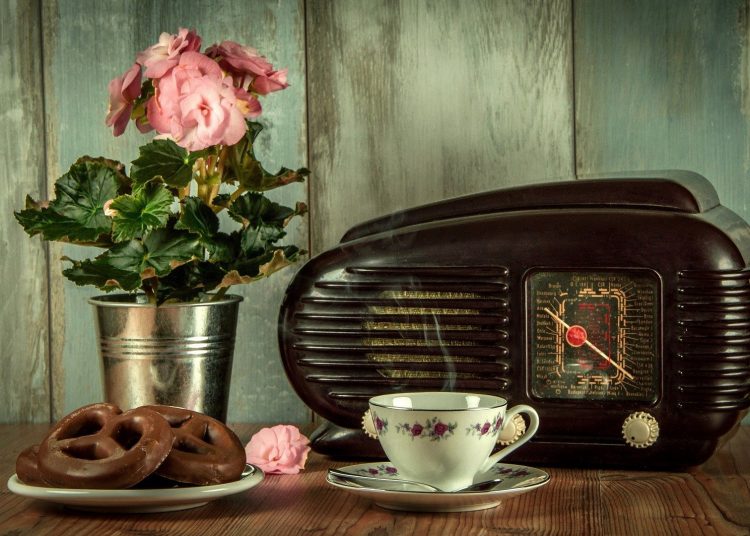 One of the services people most valued during the lockdown was local and regional media. The friendly voices of BBC local radio, East Midlands Today, independent local and community radio stations, local newspapers and ‘live’ web-based news services all helped people cope and stay informed every day.

But does local media matter? We are now finding out. In July, the BBC announced 450 job cuts in regional TV, news and radio, with 139 of these being in local radio.  Tim Davie, incoming director general, spoke of 900 roles being cut in BBC News and ‘Nations and Regions’ departments. The full impact is becoming apparent; the weekly Inside Out current affairs TV programme is no longer made in Nottingham. East Midlands Today is now fronted by just a single presenter, now spared their scripted walkaround of the studio set every evening. Staffing cuts are impacting on local radio studios in Derby, Nottingham, Northampton, Lincoln and Leicester. Journalists in the BBC regional network are increasingly studio-based presenters, rather than reporters gathering news stories.

The region appears well-served by independent radio stations, community radio and the sole Notts TV community channel, owned by Nottingham Trent University. But in the independent radio sector, ‘local’ is fast disappearing among the 50 plus radio channels in the region. Bauer Radio acquired many local radio stations, including the independent Lincs FM group’s cherished local stations in Lincolnshire and Newark. These, and Peak FM in Derbyshire, now follow the trend of broadcasting nationally programmed pop radio as the Greatest Hits Network, with minimal local news coverage. People in Rutland were incensed at the loss of ‘their’ local radio station and campaigned to ‘Save Rutland Radio’, so far without effect.

Community radio stations have expanded since first being licensed in 2002 and offer a partial solution to the homogenised independent stations. These micro broadcasters have a range of around 5km and number about 22 in the region. They include several dedicated to ethnic cultural groups, including Radio Ikhlas in Derby, Faza in Nottingham, with Sabras, Sanskar and Eava in Leicester. Possibly these are now the closest to their local communities and audiences in our region.

Looking at regional newspapers, the major titles have all been reduced to weekly print editions whilst increasing online content. Few may have heard of Reach plc, which includes the former Trinity Mirror group, and owns the Nottingham Post, Derby Telegraph, Lincolnshire Echo, Loughborough Echo and Leicester Mercury titles, each with their county-wide ’live’ web news services. In July, Reach announced major job cuts across their network, now taking effect with many editorial, journalist and related local jobs being cut.

Below these headlines, JPI Media, formed with news titles from the ashes of Johnston Press, runs 13 local papers across the region. At local level, there are smaller local media and news services, such as the Iliffe Group, publishing newspapers in Lincolnshire, Rutland and Newark. There are many locally-run, free advert-funded papers and magazines. But how many of these will endure, and how much local news coverage do they provide? The balance between editorial and advertising is always a fine one in commercial media, and for most their role is marketing rather than the cost of providing news.

Across the media sector, many operators are cutting back as advertising income falls and costs rise, forcing cutbacks on staffing and programming. Community radio is often marginal, and some stations have come off-air. In the commercial sector, the impact on advertising from the pandemic has greatly reduced revenues for radio, print and online news. The BBC is experiencing a massive income drop of £125 million nationally, as commercial revenues fall and the introduction of licence payments for over 75-year-olds is deferred. The BBC faces a growing populist mood, shared by government. This was evident on critical tabloid newspaper front pages following Tim Davie’s inaugural speech on 3 September, in which he set out a progressive national agenda, without mentioning local or regional coverage.

So why does this matter? Local and regional media are part of our everyday culture and identity in the East Midlands. BBC presenters such as Ann Davies became ever-present, well-liked figures. Local radio, BBC or independent, according to taste, is a familiar voice in the home, shop, office, workshop or van. Local newspapers could be relied on always being there, reporting the news. But not so much, or in as much depth anymore. All these local media reported the Covid-19 crisis in their areas, including the Leicester lockdown, and the growing number of redundancies which now include many of their own jobs.

We need local news, current affairs and media, not just as friendly voices, important in themselves for the many people who live and self-isolate alone. Local stories and events need to be covered, from floods to school closures and heatwaves. It may be that people increasingly get their news from Facebook and other social media, but Facebook local news pages rely on the same organisations, the BBC and local media publishers, providing cut-down stories.

Meanwhile, politics, councils and public services need to be held accountable. Our East Midlands MPs have largely escaped detailed scrutiny since the 2019 election. Businesses and employers require reportage as they adapt to their new realities. Policing and law enforcement are becoming controversial given the growing tensions over compliance with Covid-19 precautions. Sports, culture and entertainment news coverage across the region all matter. Travel and transport become more important as congestion returns to road networks amid concerns about environmental impact, including air quality in urban areas. We need local media to report these stories.

There is certainly a place for regional citizen-led journalism, now including East Midlands Bylines. You can join us to help, but plurality matters and the last thing we want to see is existing local media, news and entertainment channels being cut or replaced by faceless national programming. Losing East Midlands media also means losing part of our regional identity and culture. ‘Journalism’ is about everyday news and reporting. In the digital society, we need new voices and innovative media channels, as well as opportunities for the many young journalists, editors, filmmakers and photographers trained in our universities to show what they can do. Otherwise, they will be unable to reach their audiences and we shall lose local coverage across the region.